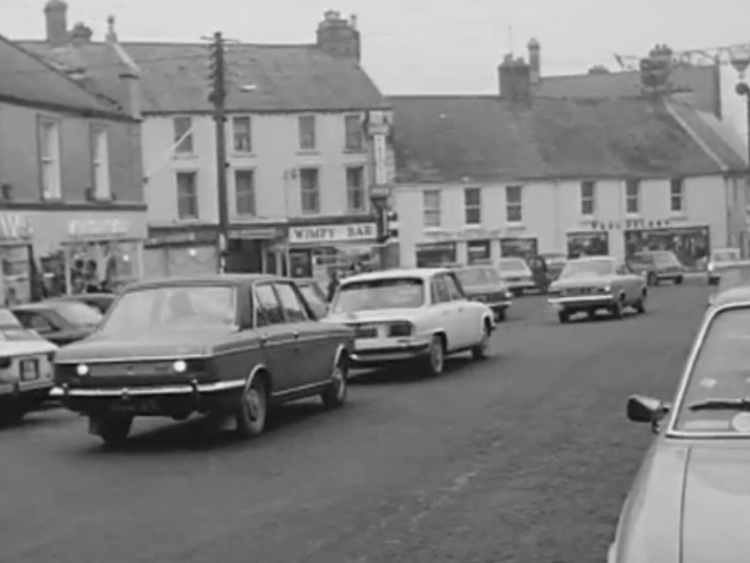 Take a trip down memory lane with RTE Archives to Portlaoise in 1971.

Have a nostalgic glance back into the past with this video which reveals a glimmer of life in Laois 46 years ago.

This video is from an episode of ‘Newsbeat’ which was first broadcast on January 6, 1971 by RTE.

The news report tells the story of how Laois County Council tackled leaking taps in Portlaoise by installing water metres in businesses and charging them for every 1,000 gallons used.

This news clip features great footage of a bustling Portlaoise town in a very different time.

In the video you can also hear the news report from Ballyroan where another water row was brewing because people organised a group water scheme which cost £14,000 to set up.

Residents put up £3,500 of their own money and their own labour and claimed that as soon as the Council took over the scheme to administer supply, prices increased.