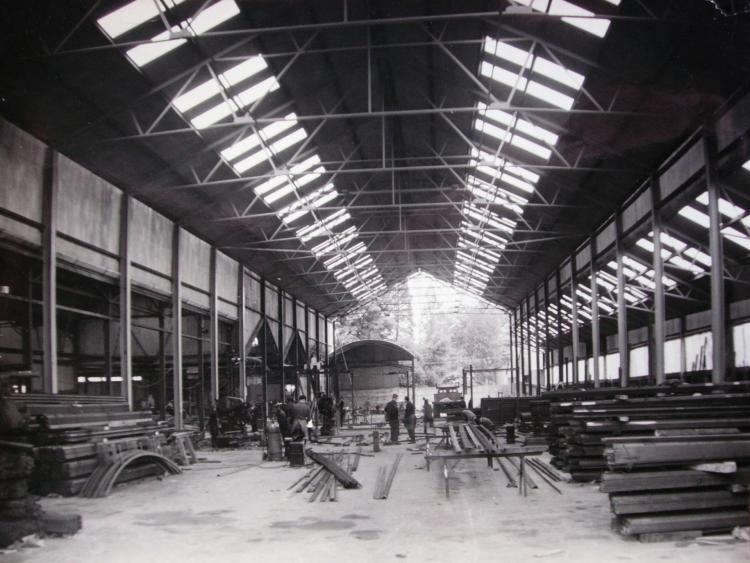 The main workshop at Kellys the Foundry, when in full production

The newly revamped and renamed Midland Park Hotel in Portlaoise is situated where Kellys the Foundry once stood. At the official opening ceremony on Friday, October 29th, a plaque was unveiled by the new owners, Colm and Anthony Neville, commemorating the nationally acclaimed Ironfounders, Patrick Kelly & Co., who had run a thriving business on the town centre site for over one hundred years.

The Kellys the Foundry brand was well known throughout Ireland and in the public mind is most associated with farm buildings and industrial units. The name still adorns hundreds of hay barns built by the company throughout Ireland. 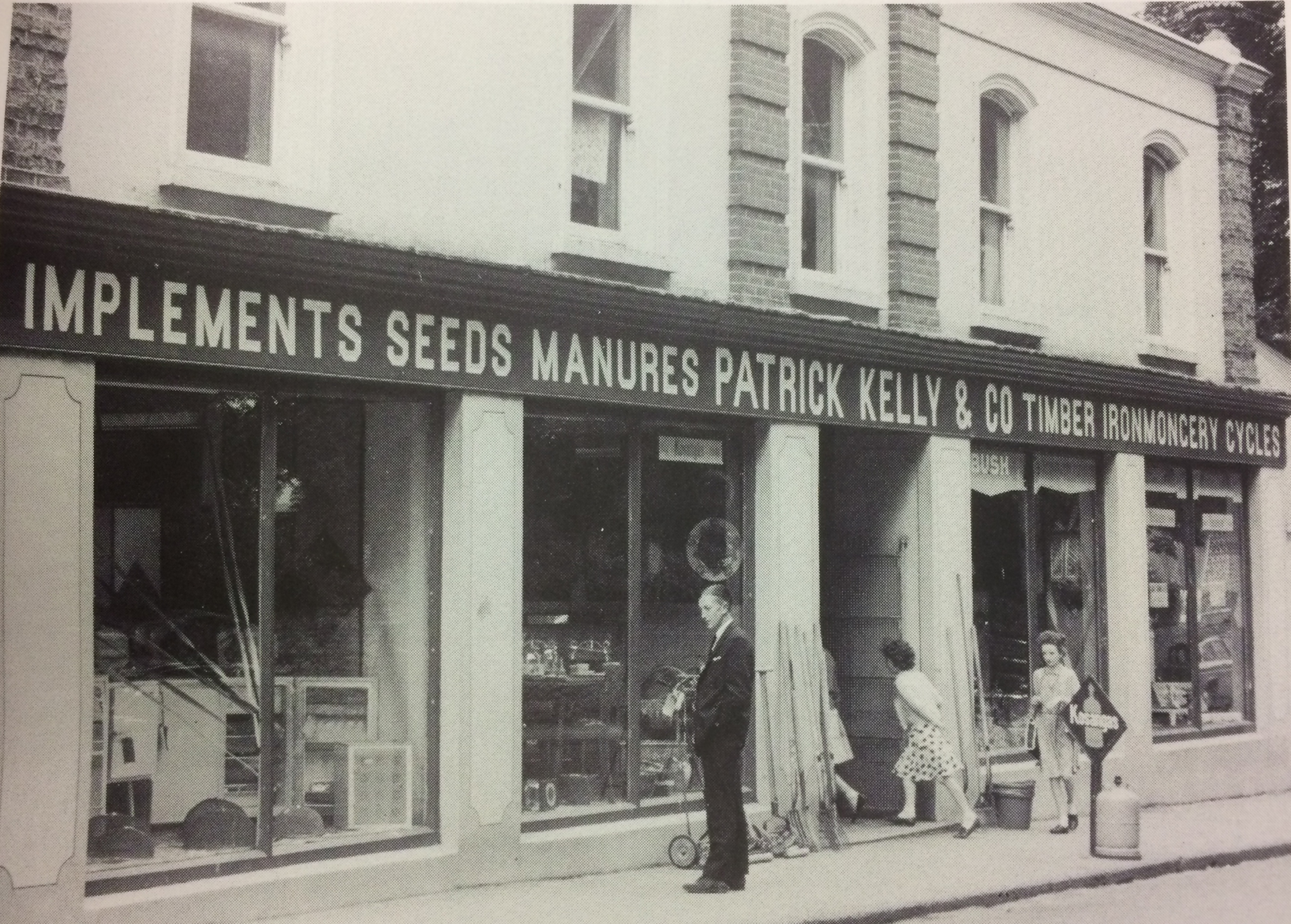 For many decades it was one of the midland’s biggest employers and the huge weekly payroll was of enormous importance to the economic and social wellbeing of Portlaoise and the county as a whole.

In 1883, Patrick Kelly acquired a local agricultural equipment manufacturing works, which he developed into a huge steel manufacturing industry. It was one of many successful businesses he became involved with in Portlaoise.

Soon after he bought one of the town’s best known hotels on the Main Street, opposite the Courthouse, and rebranded it, The Hibernian Hotel, which became a noted hostelry. The hotel soon established itself as a mecca of the social scene as well as catering for major business, political and sporting meetings and events. Among the many notable personalities to stay overnight was the colourful heavyweight boxer, Jack Doyle, and his movie star companion, Movita.

Patrick also opened a big hardware store adjacent to the foundry and it proved a great local facility for tradesmen, household shoppers and DIY enthusiasts. It was an ideal ancillary venture to the main Ironfoundery business. 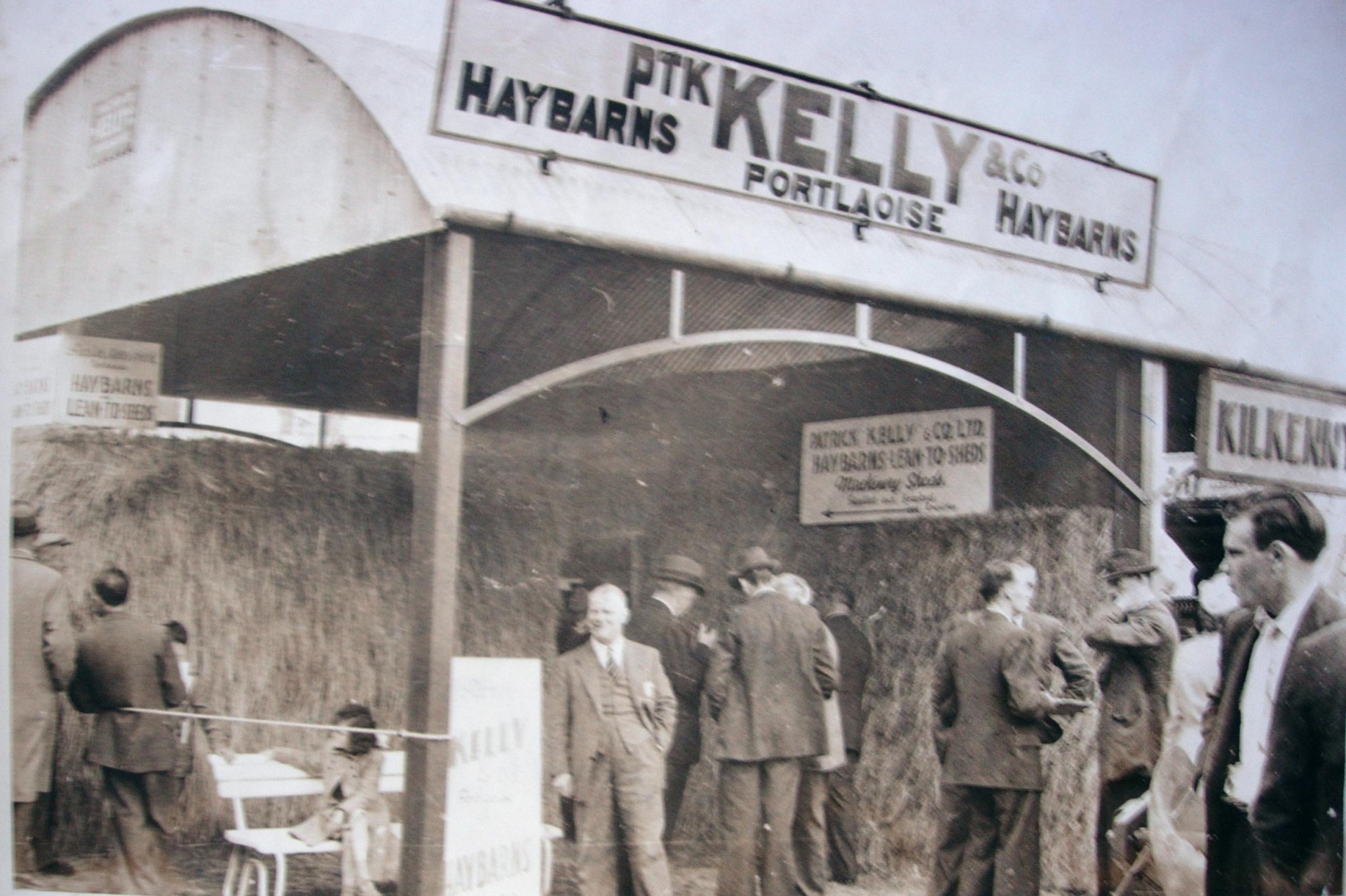 On Patrick’s death in 1929, his businesses were passed on to his sons, Thomas A., Gerard and Noel and his daughter, Kathleen. His sons were prominent in the very active and successful local hockey club winning prestigious titles in the 1920s and ‘30s, while Gerard was also an accomplished hurler and figured on Portlaoise’s first county senior title winning team in 1928 as well as playing with the county team. The family continued to manage the hotel, known popularly as Kellys Hotel, until it passed into new ownership in the 1970s.

The Trades Directory for 1931 for Portlaoise, population 3,382, contains the following references to Kellys’ business interests in the county town at the time. It reads: 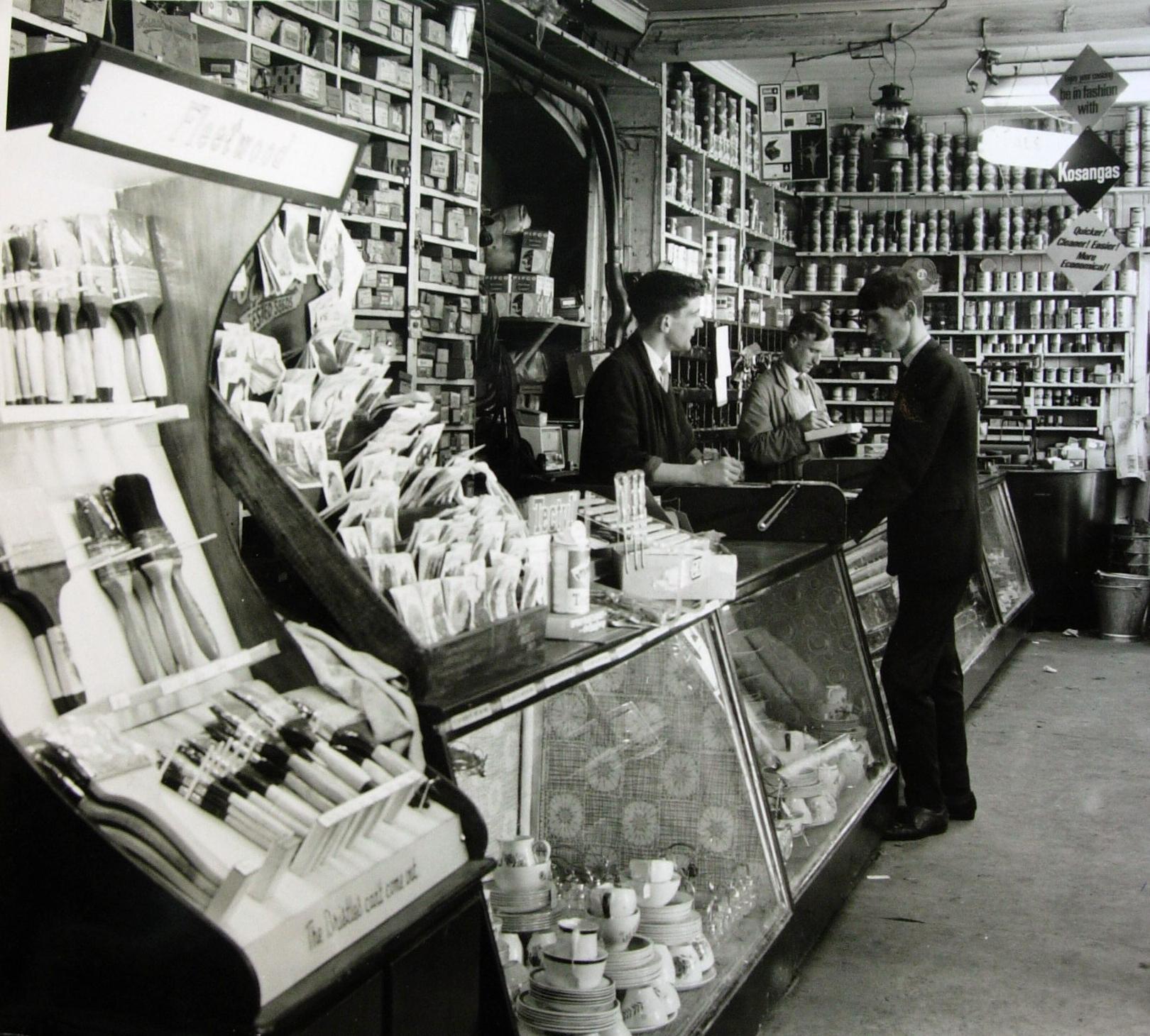 Thomas became the main driving force behind the Ironfoundery concern and helped build it into one of the biggest businesses of its kind in the country. The long and harsh economic downturns in the late 1970s and early ‘80s forced a scaling down in operations. Under the direction of the then managing director and chief finance officer, Paddy Brosnan, It eventually merged with a bigger Dublin firm before finally closing its doors for the last time in 1984. 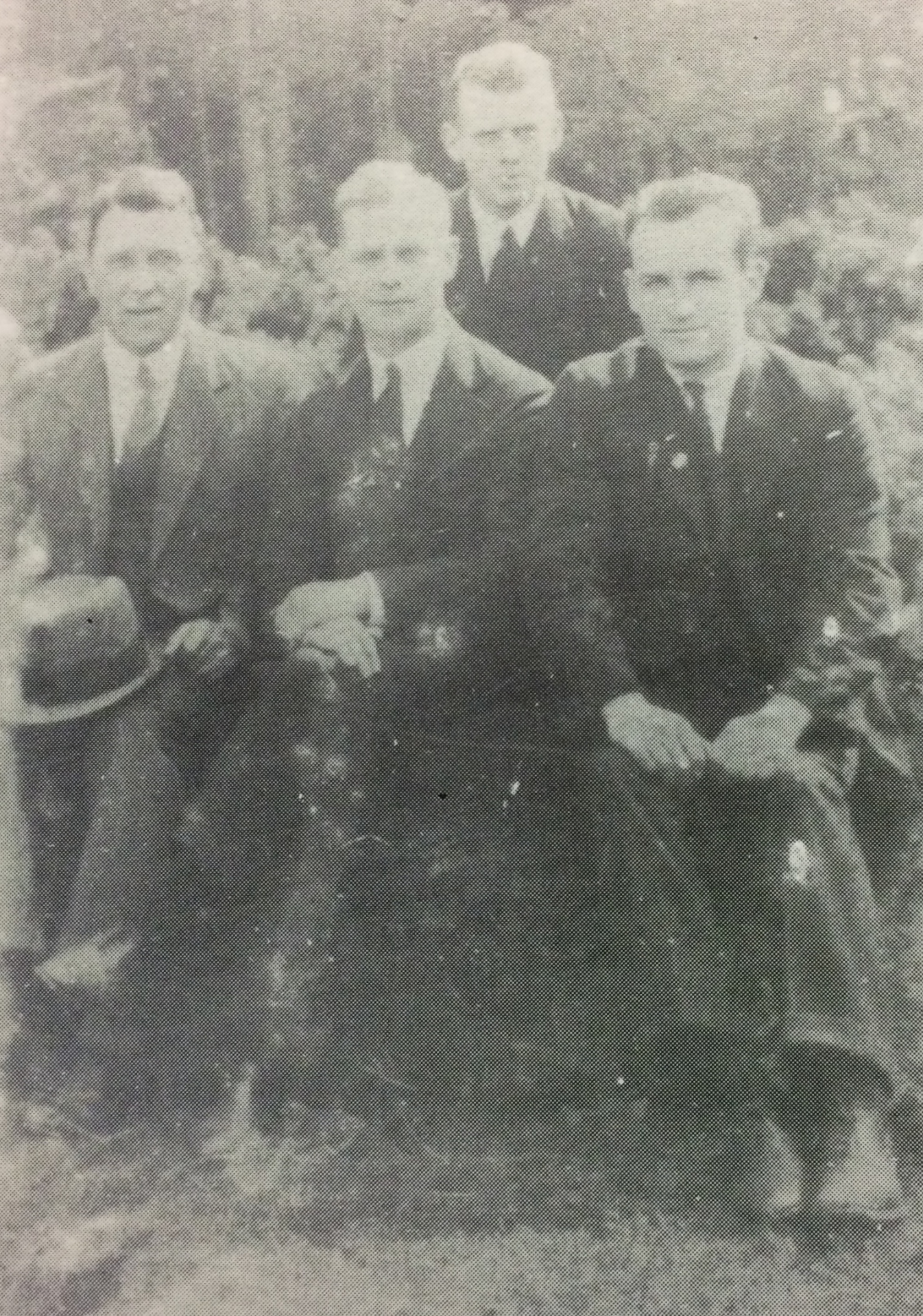 Kellys the Foundry will also be remembered in town history at the place where the Portlaoise Credit Union was first conceived and nurtured with the help of Paddy Brosnan. Apart from his career as a successful businessman, Thomas, was fond of a big Havana cigar, which he regularly sported, a game of golf and travel.

Kellys hardware shop, hotel and ironworks were town institutions and very central to the fabric of Portlaoise for a long time. It is good that the connection is perpetuated with the plaque commissioned by the new owners of the Midland Park Hotel designed as a replica of the familiar Ptk. Kelly & Co. nameplate that is still to be seen on old hay-barns all around the country. One of the restaurants in the hotel is also named, Kellys the Foundry.