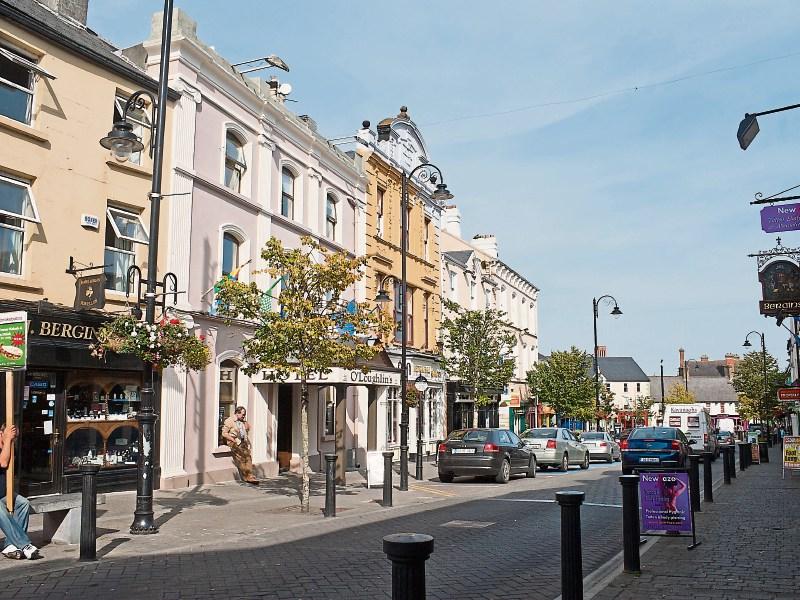 There is good news for Portlaoise today, which is continuing to clean up its act for litter.

The town has jumped six places up the list of the cleanest towns in Ireland, in latest figures released today Wednesday January 3 by the Irish Businesses Against Litter group (IBAL).

Laois' county town has risen from number 17 up to number 11 on the list of 40 towns, once again maintaining it's 'Clean to European Norms' standard.

This year, Portlaoise is followed by Tullamore at number 12, and Athlone at 13.

New recyling units were installed at the centre behind the council offices after it was described by IBAL in last year's report as "by far the most heavily littered in the town".

“Continued improvement for Portlaoise, which has now established itself as consistently Clean to European Norms. The Recycle Facility at the Motor Tax Office was in much better condition that in the previous survey when it was heavily littered – this time around it was litter-free. Other top ranking sites included Portlaoise Train Station, Market Square and Main Street – these sites were well presented and maintained," they said.

However one area of the town, a lane that runs from Lower Main Street to James Fintan Lalor Avenue, came in for heavy criticism by the judges.

"Pepper’s Lane was by far the most heavily littered site surveyed – there were heavy levels of a wide variety of litter throughout and graffiti was pronounced,” IBAL reports.

They found that the Portlaoise to Tullamore road however was “moderately littered”, along with the majority of roads connecting towns that have shown an increase of litter levels.

Ennis, Roscommon and last year’s winner Kildare are vying for the title of Ireland’s cleanest town, to be announced by Minister Denis Naughten at midday today in the Shelbourne Hotel in Dublin.

Tullamore came in for criticism.

“There was a drop in the number of litter-free sites in Tullamore compared to the previous survey, but nonetheless a strong showing, with no heavily littered areas detected. Lloyd Town Park was an exceptionally well presented and maintained park environment and it was spotless throughout.  The residential area of Clonminch Wood was well cared for and clear of litter.  Patrick Street also scored well, with many of the properties freshly presented.  Some of the moderately littered sites in Tullamore could easily get the top litter grade with a little extra care and attention e.g. N52 Tullamore ByPass and Dunnes Stores / IMC Cinema Complex," the IBAL judges said.

In Athlone they said that progress in recent years has been maintained.

“Eight sites in the town got the top litter grade. It was noted that within ‘Arcadia Retail Park’ there was an area in a very poor state in previous IBAL litter surveys - the dumping had been addressed and this time around the area was Grade A status. Other top ranking sites included ‘The Docks’, John Broderick Street and Fairgreen Car Park – the car park was spotless.  One site was in a very poor state – Wasteland on Grace Park Road – where does responsibility for this site lie?”

In total, An Taisce surveyed 25 towns and 15 city areas on behalf of IBAL.

Of these, none was judged to be a litter blackspot, and only one, Galvone in Limerick, was designated as “seriously littered”. 88% of towns were deemed clean, a slight improvement on the previous year, with 40% adjudged to be cleaner than the European average. In contrast, city areas occupied 6 of the bottom 7 places in the rankings.

Waterford was again the country’s cleanest city, while Tallaght, previously a litter blackspot, climbed to 5th in the rankings and was deemed “Cleaner than European Norms”. Castlebar progressed strongly in the rankings, but Navan and Carlow both fell to “moderately littered”.

According to the survey, 2017 saw falls in the prevalence of fast food wrappers, plastic bottles and dog fouling. Chewing gum, cigarette butts and cans continue to be major sources of litter.

Set up in 1996, Irish Business Against Litter is an alliance of companies sharing a belief that continued economic prosperity - notably in the areas of tourism, food and direct foreign investment - is contingent on a clean, litter-free environment.