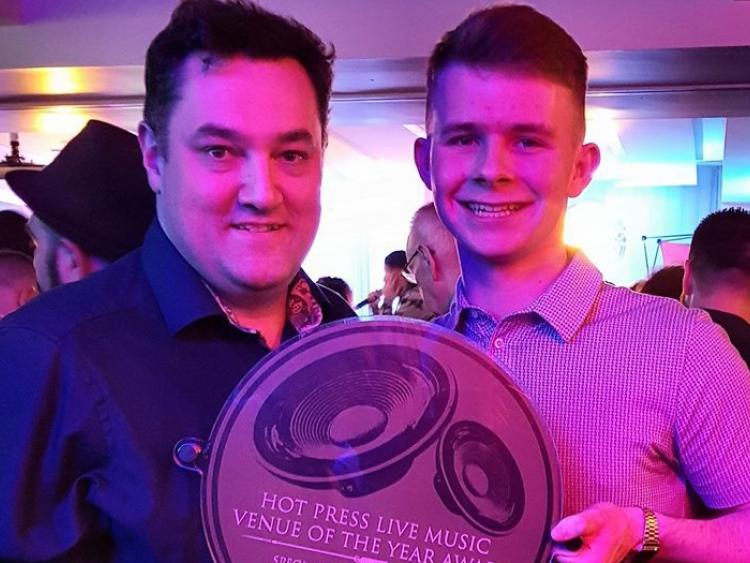 A well-known Portlaoise pub has taken home a Special Commendation award at the Hot Press Live Music Venue of the Year awards.

Kavanagh's Bar and Venue which is located on Main Street, Portlaoise was up against some of the top venues from all over the country like 3Arena, Cork Opera House, Monroe's in Galway, Dolan's in Limerick, Whelan's and Vicar Street to name a few.

Kavanagh's was chosen as Specially Commended at the awards night hosted by Hot Press and IMRO on Tuesday, February 20.

“This is a hugely exciting time for Irish music. We are continuing to produce singers, songwriters and bands capable of taking on the world, working in a wide variety of styles and genres.

"The likes of Loah, Lankum, David Keenan, Jafaris and Hudson Taylor – to name just a few of our new breed of hopefuls – are all very special artists.

"What’s especially encouraging is that live music is also flourishing all over Ireland. New venues have been opening. Older ones have been resurgent. People are investing serious money in making things happen.

"In all of this it is really important that venues are musician friendly – which is such a central part of the appeal of the Hot Press Live Venue of the Year for 2018, Vicar Street.

"It is also true of a more traditional venue like Kavanagh’s of Portlaoise, which has made great strides over the past 12 months.

"And of the INEC in Killarney, which successfully caters for big international acts as well as local heroes.

"Both of these venues are the recipients of Special Commendations from Hot Press and its readers. A big congratulations and well done to all," he said.

Speaking to the Leinster Express when the venue was announced as a nominee, owner PJ Kavanagh said he was delighted to put Laois on the map as a live music venue.

"It is great for the Venue, Portlaoise and Laois to be recognised as one of the top venues in Ireland.

"It's a credit to the production and bar staff here in Kavanaghs, the customers who enjoy their nights here and of course to the artists who must enjoy coming back here time and time again.

"And we're quite excited to be on the verge of announcing a few very interesting acts in Kavanagh's over the next few months! Watch this space!" he said.

Hamsandwich, Picture This, The Riptide Movement and Damien Dempsey are some of the top acts to have played at the venue alongside many comedy acts in recent years.