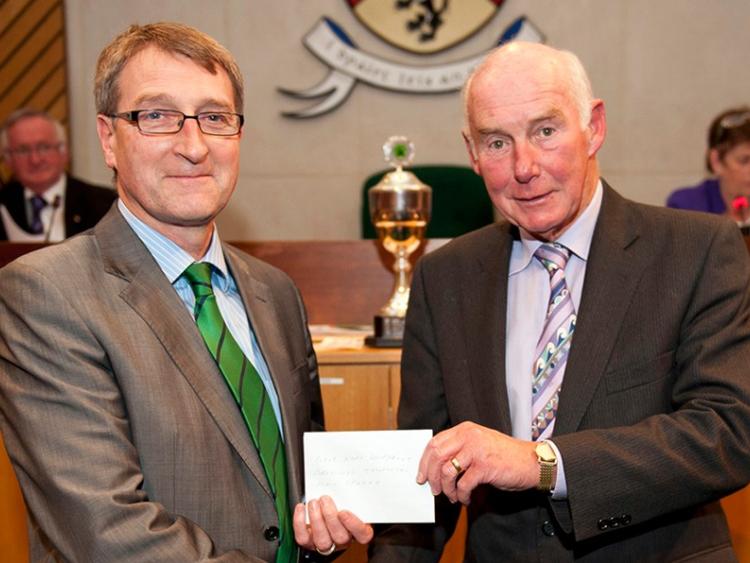 Portlaoise Tidy Towns members have paid tribute to their late 'great' Chairman Cllr Jerry Lodge for his selfless voluntary work over many years sprucing up his native town.

Mr Gerry Browne issued a statement as the town prepared to bid a final farewell to the much liked and respected Tidy Towns enthusiast.

"Portlaoise Tidy Towns have lost a great Chairman and 'The Town' has lost a great servant. Jerry Lodge was a true 'Town' man, he lived and breathed it.  It was through his involvement with Tidy Towns that this love and his passion fully manifested itself.

"Nothing was too good for his beloved home town.  He worked selflessly behind the scenes to secure anything that was going to improve the lot of Portlaoise and its people.  He has laid a great foundation for our organisation to sustain itself.  Projects which Jerry started, will continue for many years to come and his work will still go on.

"Jerry was a true volunteer and never sought any limelight.  He was a gentleman and got many things done through his kind and unassuming style – you could not refuse him when he asked you to do something for him.  Nobody had a bad word to say about him.

"On behalf of Portlaoise Tidy Towns we offer our sincere condolences to Patricia, Damian and Pauric at this very sad time.  We will all miss Jerry who was our great Chairman, but also a great friend," said Mr Browne.

Another to pay tribute was Durrow florist Mr Martin Lawlor who was judge in the Portlaoise Tidy Towns Tidy Estates competition for many years.

"I have come to know and work closely with Jerry over the past twenty years or so on the Tidy Town's/Estates competition in Portlaoise. Jerry always put Portlaoise first and with the late Kathleen O'Brien they formed a great double act helping their town to improve their lot in Tidy Towns .

"So sad that both of these people are no longer with us. Jerry was always trying to help others to improve their lot and has in over 50 years in politics he has served the party, town and county very well. Both Mary, my wife and myself wish to offer to Lodge family our heartfelt sympathy," said Mr Lawlor.