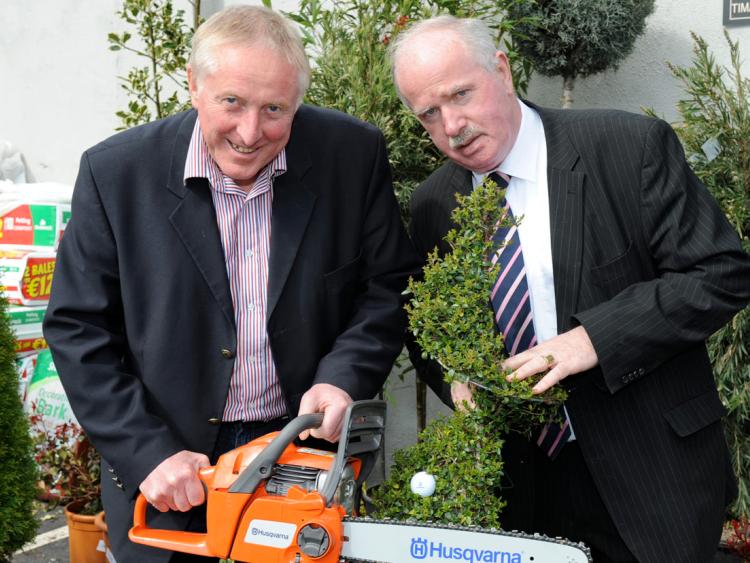 The death of Laois businessman Pat Miller is a loss to his friends as well as to his family and community.

Mr Miller passed away aged 70 after an illness on Wednesday June 20, mourned by his wife Patsy, sons Ronan and Patrick, daughter Olga, grandchildren and extended family.

He had run a busy hardware shop in Portlaoise town centre from 1973 until 2017.

"He came to Portlaoise in 1973 and I had come here in 1970. We connected through the traders association and I got to know him well. Along with John McNamee another great friend, unfortunately two of my good friends are now gone," he said.

Mr Miller was deeply involved in promoting shopping in Portlaoise for many years.

"We spent about 15 years running the Portlaoise St Patrick's Day parade. We ran shopping sprees to try and support businesses. Then when the traders association faded he was an active member of Laois Chamber of Commerce where he served as President for a year," said Alan Flynn.

"He was an excellent businessman. He started working in Lenihans of Capel street, then in Whelans in Stradbally. In 1973 he opened his own shop and built up a thriving business. Unfortunately with the construction crash, he had just invested in a new premises, it was a bit of bad timing and unfortunately the whole lot was lost," he said.

"He was very much involved in sport and GAA, he played for Timahoe, and was a great athlete in his younger years. His niece is Alison Miller, and I happened to be her first rugby coach, so I had great fun introducing him to rugby and we would travel to international games when Alison was playing," Alan Flynn said.

"He was probably one of my best friends. We would meet most mornings for coffee somewhere in the town, we holidayed together and golfed a lot together. With Richie Downey and John McNamee we were a 4 ball, unfortunately then with the death of John it was a 3 ball. Pat was my friend for over 30 years, we would have our pints every Friday night and solve the problems of the world. I'm going to miss that connection big time. Friends are hard to come by, good friends are even harder," said Mr Flynn.