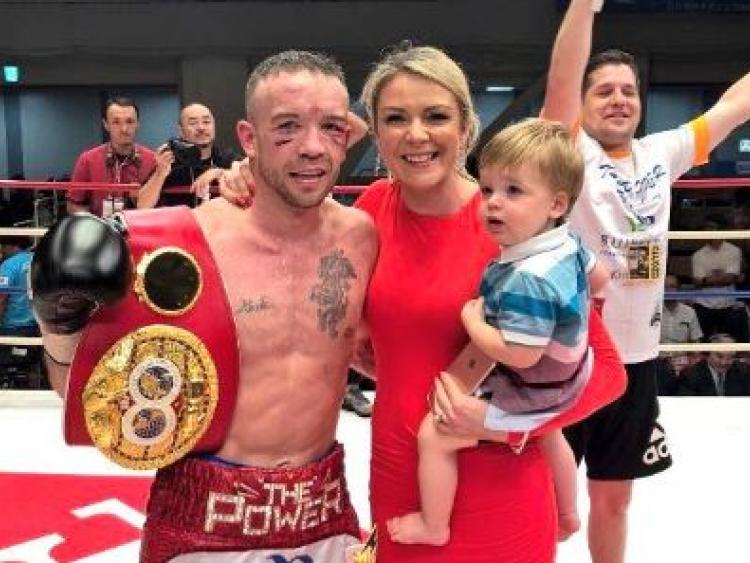 The Minister for Transport, Tourism and Sport, Mr Shane Ross, TD, and the Minister of State with responsibility for Sport, Mr Brendan Griffin, TD, have congratulated TJ Doheny on becoming the new IBF World Super Bantamweight champion after outpointing Japan's Ryosuke Iwasa in a unanimous decision at the Korakuen Hall in Tokyo.

“On behalf of the Irish people I am delighted to congratulate TJ. He has indeed created boxing history following this fantastic victory over the defending champion.

"It is a remarkable achievement for TJ who becomes only the second boxer from Ireland or the UK to win a world title in Japan.

"The hard work, commitment and dedication that lies behind such success serves to inspire, to encourage and to give us all a sense of pride. I wish him well in all his future endeavours," Minister Ross said.

“TJ’s performance over 12 rounds was outstanding. What an achievement for him to become the third reigning Irish world champion alongside Ryan Burnett and Katie Taylor. I am sure that everyone in Portlaoise and the whole country are very proud of him. I have no doubt that he will have more great boxing achievements in the future," he said.

Not quite the finished article but a World Champion nonetheless.
Now it all begins. #building pic.twitter.com/sKMdOa0omi

GALLERY - All the pics as TJ Doheny's family and friends celebrate his World Title in Kavanagh's Bar Portlaoise.