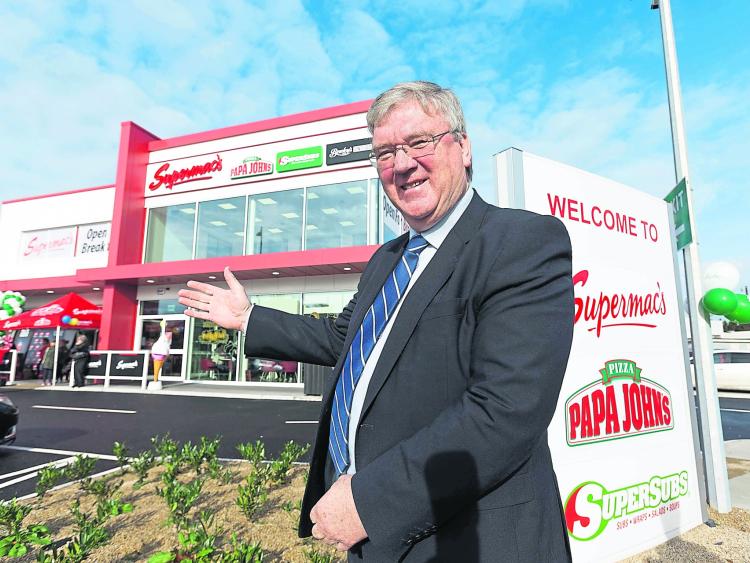 The Galway native is the founder of Supermac's, he owns the Papa John's franchise and the Killeshin Hotel in Portlaoise.

He has developed The Barack Obama Plaza off the M7 at Moneygall, Tipperary Town Plaza, Mallow N20 Plaza and Junction 16 Kiltullagh Plaza.

Next on his agenda is a Portlaoise plaza service station which has just been granted planning approval at Junction 17 off the M7 motorway at Tougher, Portlaoise. 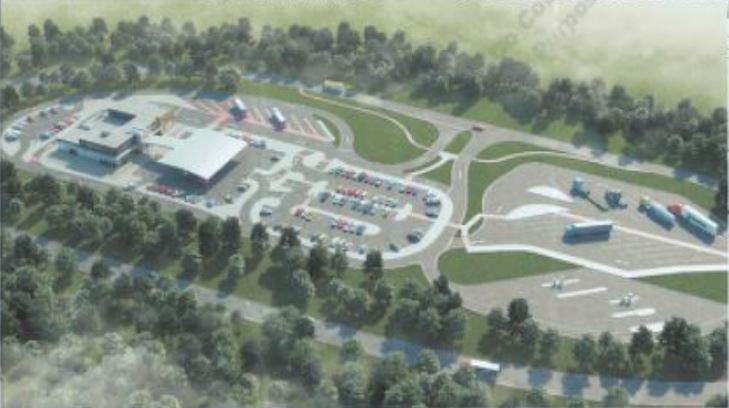 Mr McDonagh spoke to the Leinster Express about how he believes Portlaoise is the ideal location particularly due to how expensive Dublin is becoming for people and businesses.

“It is the first step in the beginning of the enterprise park and it is the beginning of a new era for Portlaoise. There is a lot of interest from different business going into Portlaoise from warehouses, it is ideal for logistics. The location is good and should secure Portlaoise as a regional centre of economic development.

“As Dublin expands and gets too expensive people look elsewhere and Portlaoise is very well located.

“There has been too much pushed into Dublin in the last few years it is time for the Midlands to get some back.

“The land is ideally located on the motorway so looking at the possibilities that arise from that there is plenty of room for industry and growth, it is connected by rail and road,” he said.

Mr McDonagh thinks this is an exciting time for Portlaoise with Glanbia's announcement to open a factory and he believes logistic companies would be well placed investing in Portlaoise too.

“There’s an opportunity for economic development in a national enterprise park focused on heavy and light industry, distributing and logistics which is a major boost for the economy in Portlaoise and in general.

“I get a call from time to time from people looking for advice about Portlaoise as a location for business. I envisage Portlaoise will grow by 25 percent over the next ten years,” he said.

He is investing in excess of €10 million in this new development at Tougher in Portlaoise and said he will have a focus on promoting local tourism to get people to stay in the area or come back.

“It will be up to us to advertise tourist attractions in the area, to get them [customers] in and to look a bit further or that they might visit again.

“In Moneygall, the service station enhanced the area. I think it will enhance Portlaoise at least people on the motorway will stop,” he said.

Mr McDonagh said he is not phased by the proximity to other service stations in the area including one that has just been given planning permission at Midway on the same junction.

“There is plenty of business for both, Portlaoise is the hub of the Midlands, it is getting motorway traffic from Cork, Kerry, Limerick,” he said.

“There are no facilities for lorries overnight at the moment,” he added.

Mr McDonagh hopes to provide services for those working in the area including overnight parking space areas for lorries. He added that any issues raised by Transport Infrastructure Ireland have been dealt with.

He said there is a four week period now for comments on the plans but he expects work to commence on the site in around six months time.

The investment could create up to 200 jobs, including up to 140 full and part-time jobs in shops and restaurants on site and 60-80 construction jobs on the ground as the facility is built.

The state body responsible for policing the construction of motorways and roads raised concerns in relation to the plans for the huge service station at J17 Tougher, Portlaoise.

Transport Infrastructure Ireland (TII) outlined a number of concerns over traffic levels, safety and concerns that money that has been invested by the state in roads like the M7 will be put at risk.

TII said it was concerned with how the operation and safety of the national road network that would be affected.

Mr McDonagh claimed that any issues raised by Transport Infrastructure Ireland have been dealt with.

In granting permission for the new motorway service station at Togher, Laois County Council has imposed 20 conditions on the grant of permission, with the developer to pay to the council a development contribution of €27,791.60.

Among the conditions are that surface water drainage is to be installed on the site, as well as safety barriers.

Two street lights with fitted flashing beacon are to be installed on either side of the road at the controlled pedestrian crossing and bollards will be built to prevent trucks parking along the road.

A road safety audit is to be completed and an archaeological appraisal to be carried out of the site.

The developer must implement a waste management plan and mitigate against environmental nuisance such as noise and dust which may arise during construction.

Adequate car parking facilities are to be provided and no parking shall be allowed on the entrance or exit carriageways or the adjoining public thoroughfare.

WATCH - Laois 'Supervet' comes to the rescue in Dublin.