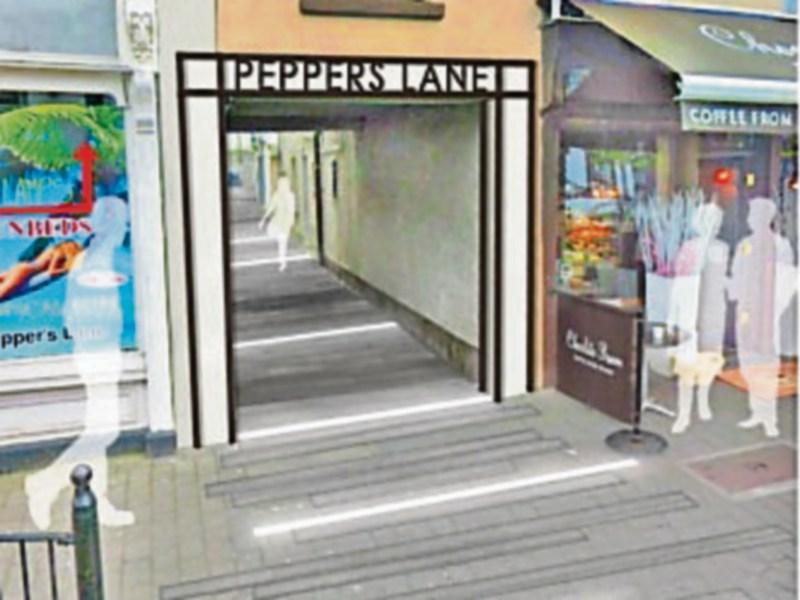 An overhaul of Portlaoise town centre with a focus on the town's lanes and Lyster Square is the focus of new plans published by Laois County Council.

Under the plans pavement, lighting, landscaping will be installed on a number of the town's lanes that have become run down.

The aim of the project is that by upgrading the lanes, the older and newer parts of the town will become more integrated.

The project will also see work carried out on Lyster Lane, Peppers Lane and Bull Lane.

Lighting will be embedded into the walkways that will be resurfaced. Canopy lighting possible for some of the lanes, in particular, Lyster Lane, the shortest but busiest of the lanes.

New signs are earmarked for the entrance and entry to the lanes in a style which takes its influence from the former Portlaoise ironworks foundry.

Work is also earmarked for Lyster Square. The most striking element is a canopy and new seating area where Lyster Square enters Lyster Lane.

Another element to the project is in the area around Lyster Square and James Fintan Lalor Avenue.

The aim of work in this area is to open up the Lyster Square to the retail and restaurant areas to the south of the avenue.

Work is also earmarked around the roundabout buildings at the entrance to Lyster Square. A new plaza is planned.

New paving is planned for James Fintan Lalor Avenue. A cobbled surface is proposed and upgraded crossing points are planned.

The existing bus stop is also pencilled in for an upgrade.

Some of the changes are proposed to originate in the 20-year public realm plan for Portlaoise.

Unlike that plan, parking will not be removed from Lyster Square.

It is hoped that the project could be supported by an urban renewal pilot project promised by the Government early this year.