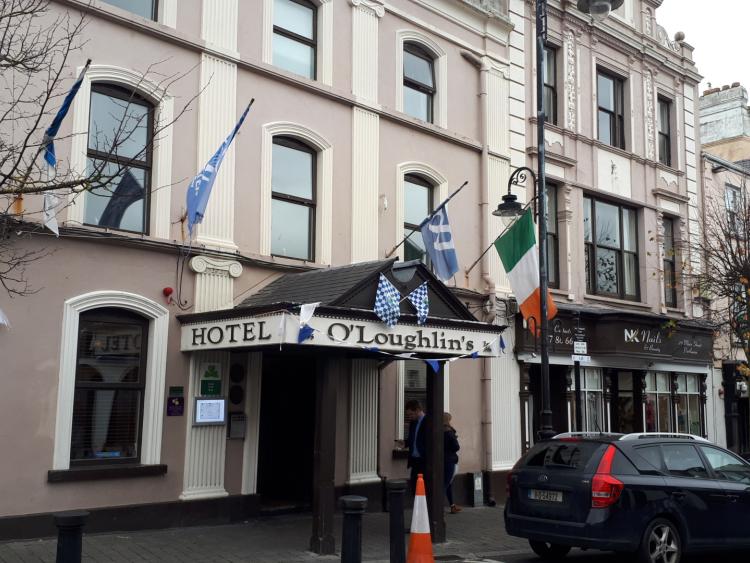 The guide price for the Portlaoise landmark hotel O'Loughlin's on Main Street has been revealed.

The 23-bedroom hotel with a bar and restaurant is on the market for a guiding a price of €850,000 by Cushman & Wakefield's hotel division according to the Irish Independent.

Declan O'Loughlin confirmed to the Leinster Express that the hotel hit the market as a going concern in October. He had bought the hotel in the 1990s with his late wife Liz, and they restored it to become a busy town centre hotel, restaurant and nightclub venue, with strong support for Laois GAA clubs. The hotel is managed by their son Ivor O'Loughlin.

The selling agent has outlined the property details.

"Cushman & Wakefield are delighted to bring O'Loughlin's Hotel, Portlaoise to the Market.

"O'Loughlin's Hotel comprises a 2-star 23 bedroom hotel situated on the Main Street in Portlaoise. The Hotel's amenities include a bar, restaurant, function room, meeting room's and a large surface car park to the rear of the property for approximately 44 cars. The property also has a ground floor retail unit which is leased and generating a rental income of €13,200 per annum. The property has an approximate site area of 0.336 hectares (0.830 acres)."