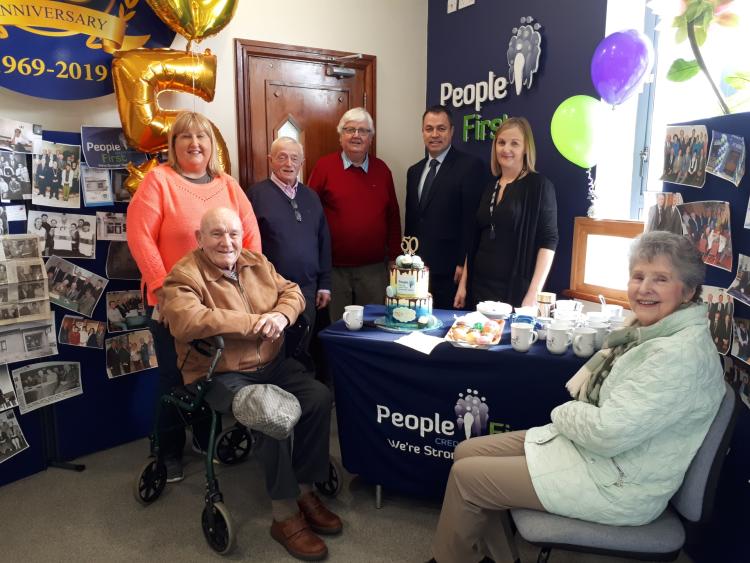 A Laois institution has kicked off its 50th birthday celebrations on February 28, with a big cake and a coffee morning for customers.

People First Credit Union in Portlaoise began in 1969 in a small rented room above Gowings Butchers on the Main Street. Since then it has helped countless members celebrate Christmasses, communions and weddings, and buy cars, holidays and home improvements.

Phil Coughlan spent 40 years as a board member, joining in 1978.

"When I look round now, from when we started, it is incredible. Back then people thought we were the poor man's bank, it was difficult to shake that off and really get going. Everything had to be handwritten in ledgers," she said.

Dick Sydes spent 37 years as a board member.

"We used to have people come in just at Christmas, and they would pay back that loan rigidly to be clear for the next Christmas. As honest as the day is long, but poor," he said.

Now with 38,000 members and four branches, with Ballinakill reopening this Saturday morning, CEO Manager Sean Dunne says he is delighted to mark the big birthday.

"It is great to be able to show the progress of an institution that was built by its founding members. We look forward to the next 50 years. We have moved with the times, we have gone digital and engage with customers on digital platforms, but we will always have the counter and the personal touch. That is the key difference to banking institutions. Our members have been very loyal to us in good times and bad and we will remain loyal to them," he said.

The credit union will hold events for customers throughout the year, with no further detail as yet.

People First Credit Union has branches in Portlaoise, Athy, Abbeyleix and Stradbally, with Ballinakill to reopen on Saturday March 2.

Retired board members Dick Sydes and Phil Coughlan at Portlaoise Credit Union on the day of its 50th anniversary. 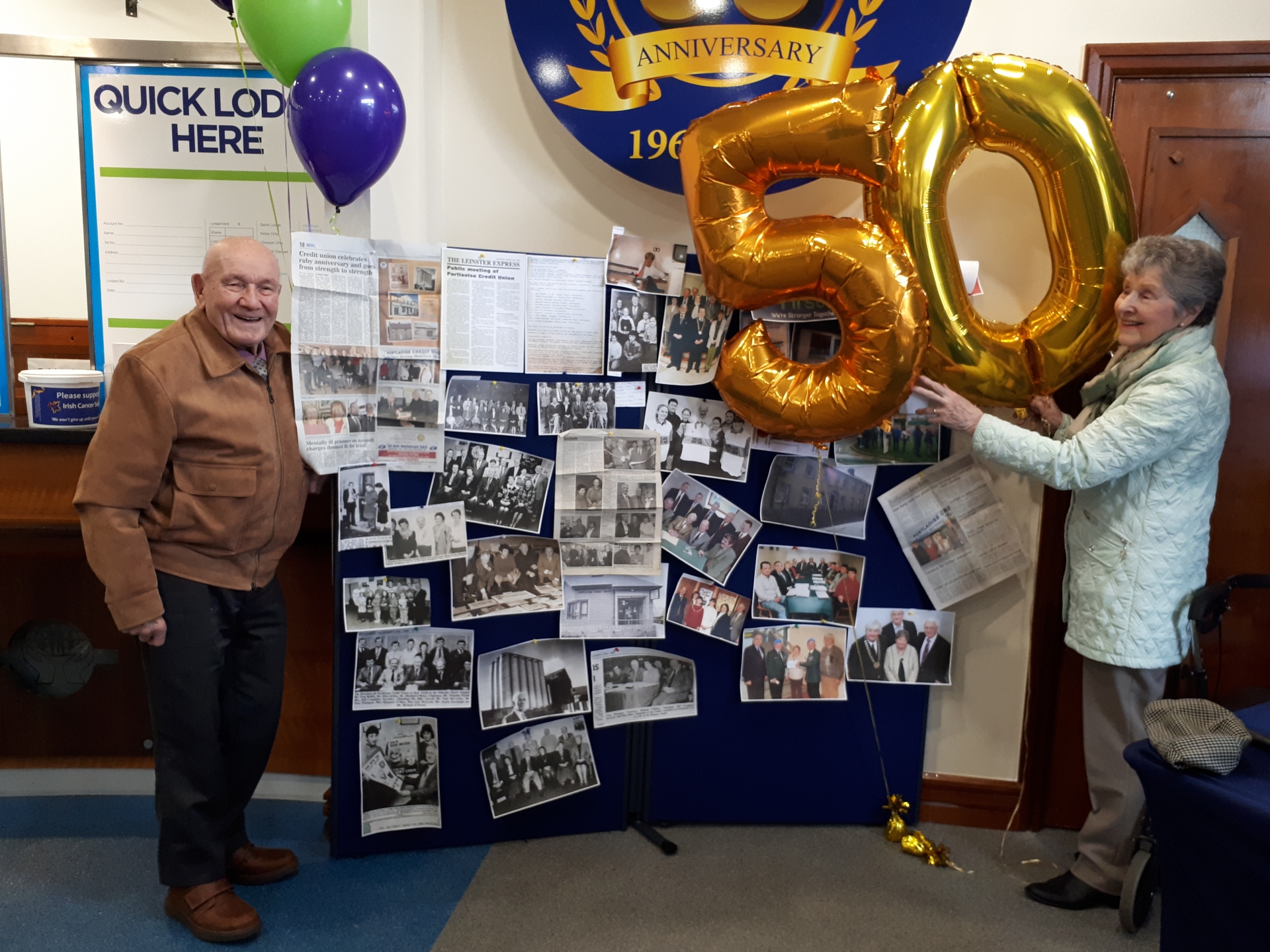