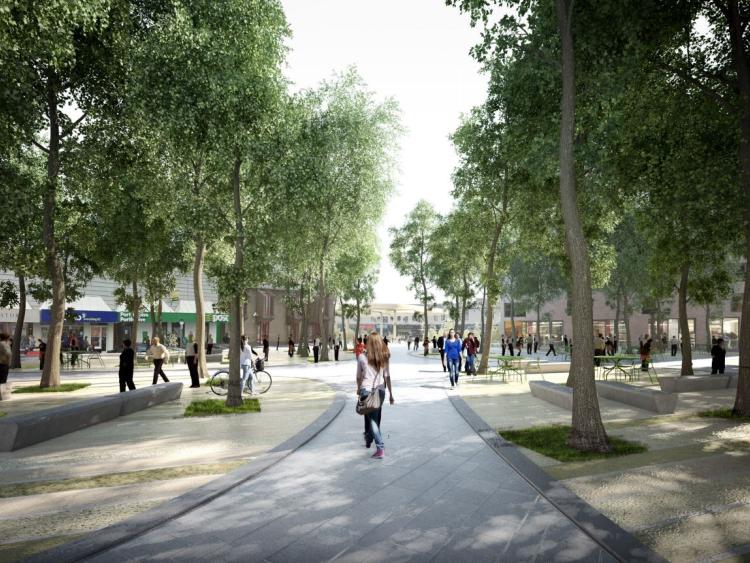 A 3D view of Lyster Square in the Portlaoise 2040 plan

A proposed update of Lyster Square in Portlaoise that would have seen a new pedestrian crossing, public toilet, new pavement, lighting and landscaping has been refused funding.

An application for funding was refused under the first call for the Urban Renewal Development Funding Scheme.

Portlaoise Area Engineer Wes Wilkinson told the Portlaoise Municipal District meeting last week that the application was unsuccessful and the council will submit another application later this year.

“I have to say that is very disappointing news it was my understanding that money was going to be made available at an early stage and the public toilets and the whole safety of pedestrians were going to be sorted out this year but we are gone back to maybe next year,” he said.

This was discussed in relation to a notice of motion tabled by Cllr Pauline Madigan requesting a pedestrian crossing in the square continuing on from the traffic lights linking to the shopping centre.

Mr Wilkinson said a pedestrian crossing at this location would have been included if funding was secured. It will now have to wait for the next round of funding applications later this year.