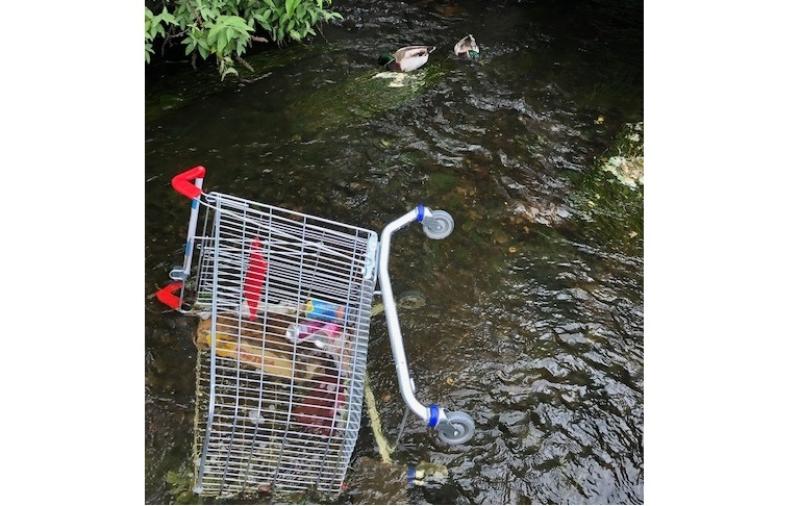 Ducks swim beside a trolley of rubbish in the Triogue River, Portlaoise

In the same week that Portlaoise was announced as the fourth cleanest town in Ireland, vandals have put the two fingers up to the town and littered it.

Portlaoise Tidy Towns posted photos taken on Tuesday, June 11 calling it "roguish behaviour". They show damage to the town's war memorial park, a shopping trolley of rubbish thrown into the Triogue river, and litter strewn in Páirc an Phobal.

"So unfortunately it's back to reality for us today," the group say.

However they are determined to get Portlaoise spic and span again with National Tidy Towns judging underway around Ireland.

"This type of behaviour won't dishearten us, we'll be back out tomorrow evening.  Our wish is that when Visitors and Tidy Town Adjudicators alike come to our town that they see the best of Portlaoise and not this sort of roguish behaviour".

One commenter noticed ducks swimming around the rubbish in the river. See below for a positive update. 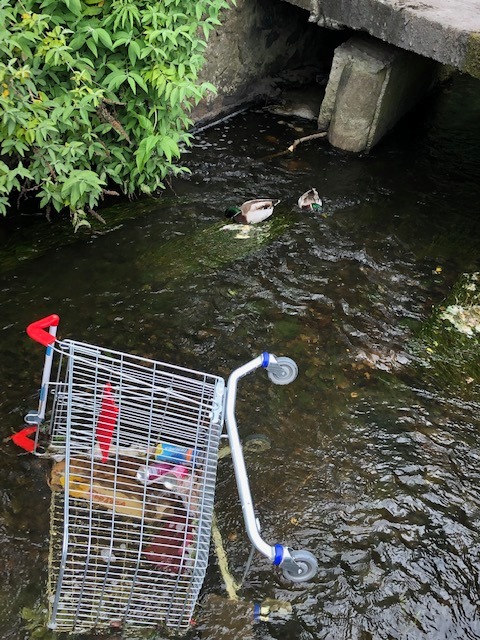 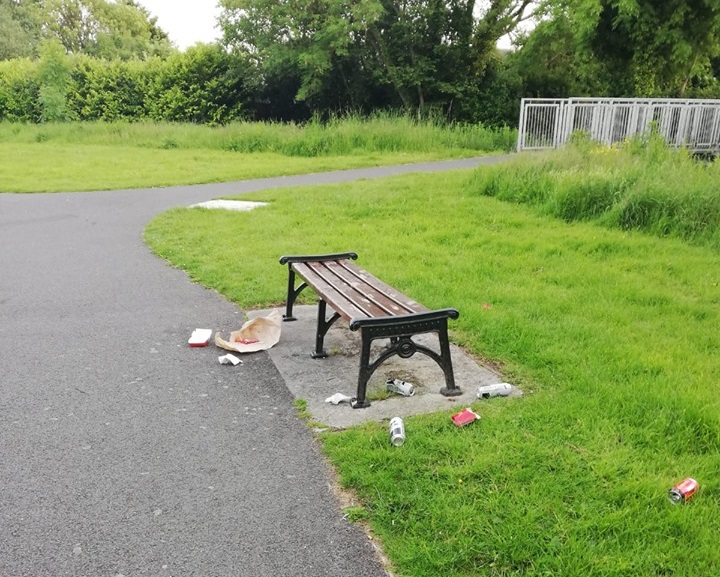 In a good news turnabout, the trolley's shop owners have since fished it back out of the river.

Staff Gwen and Max from Ken Black toystore recognised one of their trolleys, rescued it and brought it back to the shop for use.

Portlaoise Tidy Towns has thanked them.

"No easy feat but these Ballyfin folks were determined! So the trolley is back where it rightly belongs, getting some TLC before it put back to work & not left to rust in the Triogue. Take a Bow Gwen & Max, a very sincere thank you from Portlaoise Tidy Towns. "