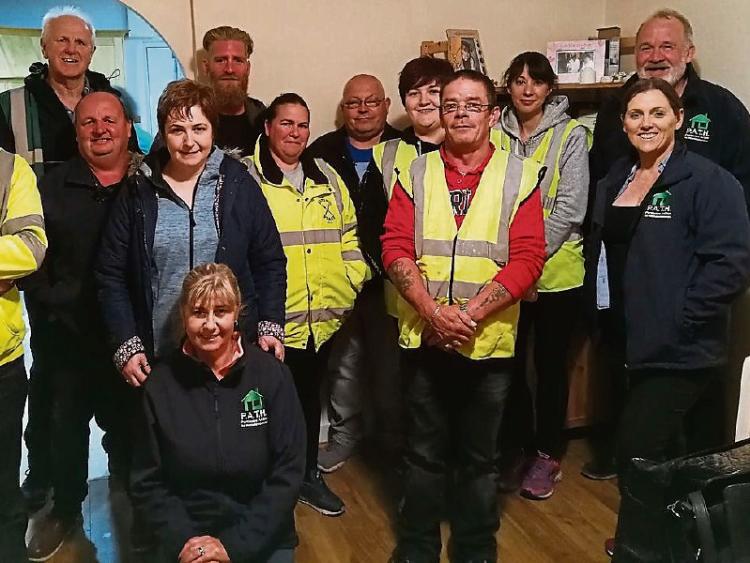 Members of Athy's outreach service The Eating Place pictured with members of PATH at the sleep-out.

Despite torrential downpours on a bakers-dozen braved it out recently and slept outside in sleeping-bags under a canopy on cardboard to raise funds for Portlaoise Action To Homelessness (PATH).

The sleep-out on Friday, August 16 was organised by Rev Peter Tarleton from the Church of Ireland in Portlaoise. It took place at the rectory on the Mountmellick Road raising more than €2,800.

“Thirteen people braved the elements, under a canvas roof spending the night in sleeping bags on cardboard flooring. This was a low-key attempt to identify with those who sleep rough in our society and help to draw attention to their plight. From 9pm we shared a barbecue. Loads of visitors called to cheer us on bringing cakes and lots of donations. 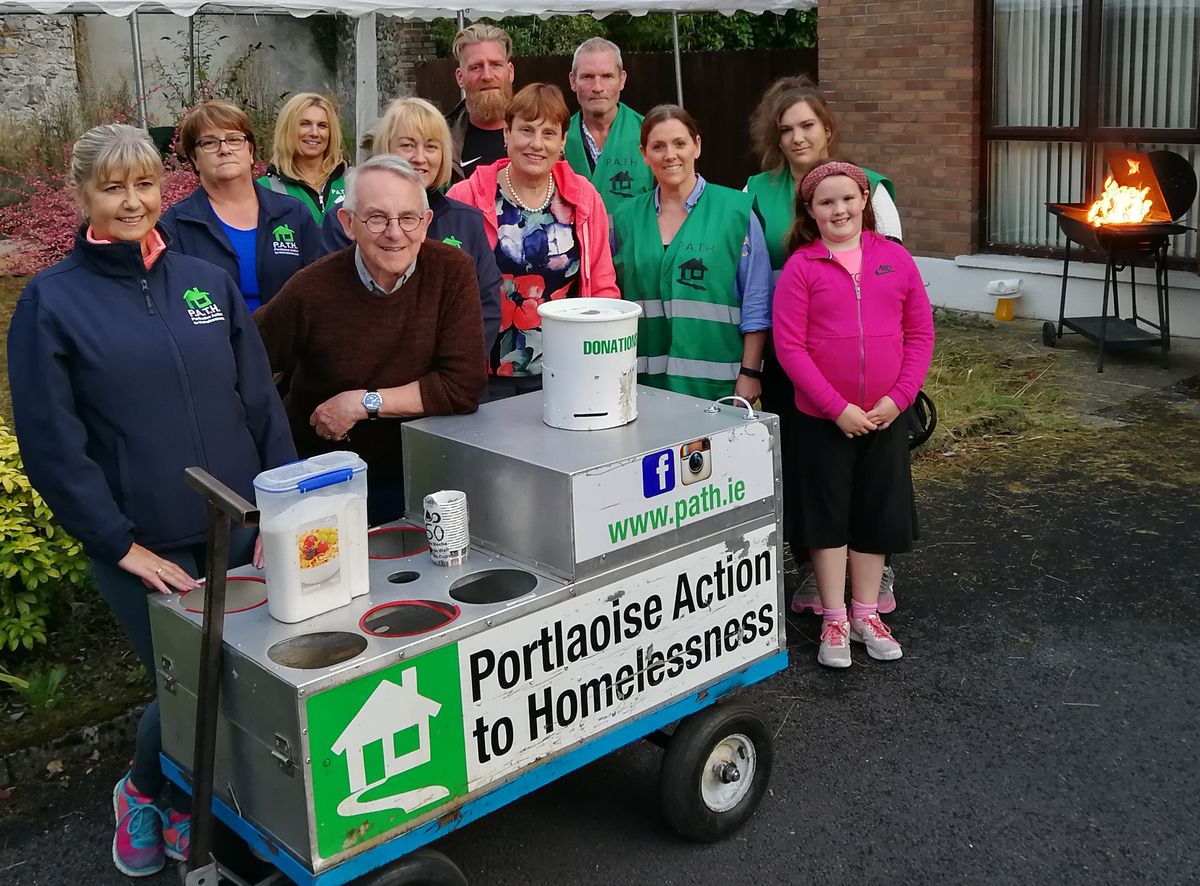 “We heard tales from some people who transformed their lives from the street to success in a material way. My own impression of PATH volunteers and other workers with the homeless who came to visit us on Friday night is that they constitute another emergency service in our society. They are geared up to help face the crisis of homelessness. The rest of us owe them all the support and encouragement they need to continue this work.” he said.

Chairperson of PATH Irene Redmond thanked all at the Church of Ireland congregation for their support.

“We wish to thank Rev. Peter and the Church Of Ireland community who have taken the issue of homelessness into their hearts. We also wish to thank the people of Laois and beyond who support us each and every week with much-needed items or cash donations. When Revd Peter suggested the sleep-out we thought it was a great idea. Little did we realise how much interest and support it would create. This event really captured people’s imaginations.

“We were delighted to receive a visit from another group based in Athy called The Eating Place. They help homeless people three nights each week at the Courthouse by the river Barrow. We support each other and we share resources whenever possible.

“Two of the people who took part in the sleep-out are followers of PATH on our Facebook page and just wanted to do something to help. They had never met any of us before but they are touched by the stories we tell each week,” she said.

An open meeting will take place in the Portlaoise Leisure Centre on Tuesday 3 September at 8pm. All are welcome to go along.

PATH was set up four years ago respond to the growing homeless crisis. Initially, volunteers went to Dublin every second week with hot food, drinks, sleeping bags and toiletries. They no go every Saturday night now, with two vans. They run two outreach services in Portlaoise on a Monday and a Wednesday night which are very much needed.

A lot of people who avail of the services have a roof over their head but they can’t afford to feed themselves. PATH also helps many families who they find are in dire need of support.

They help a wide range of people. These include those with mental health issues and people with drug addicts. However, people who have jobs have been forced to seek help. 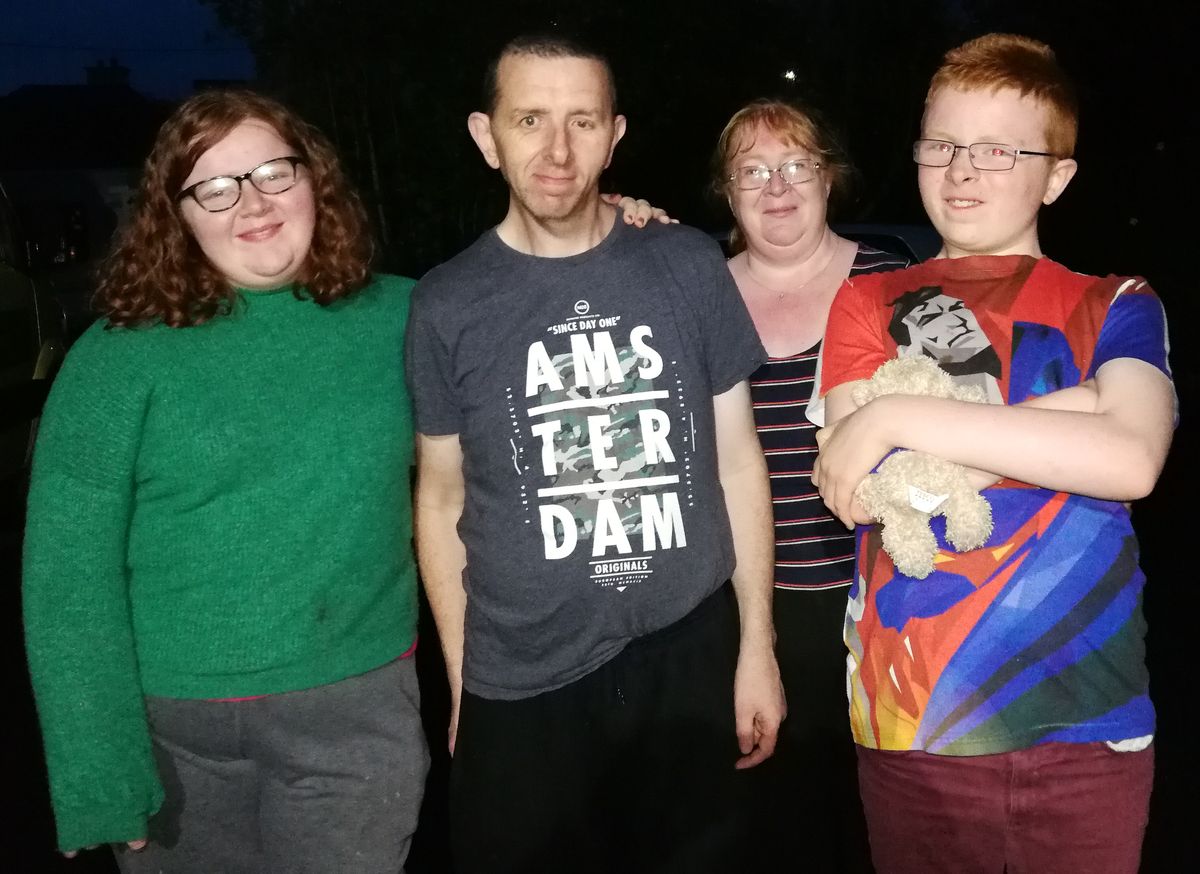