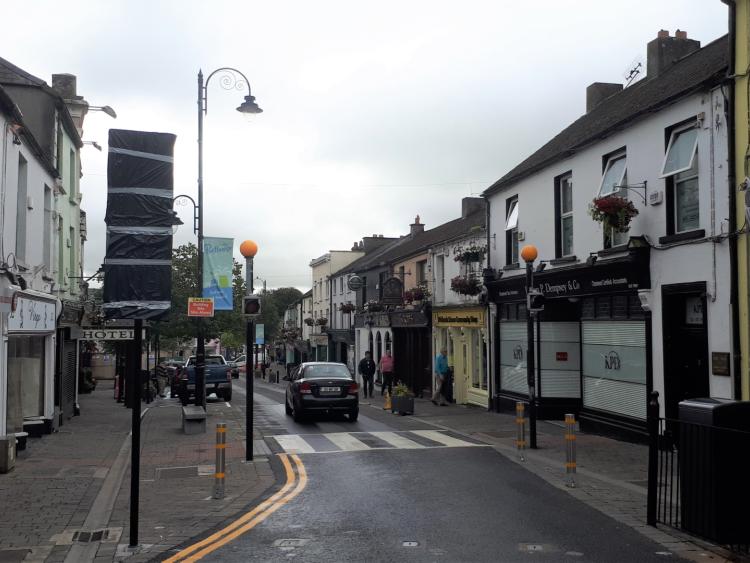 Doubts have emerged over the planned pedestrianisation of Portlaoise's Main St with the recommencement of the initiative delayed further.

Laois County Council had provisionally set Monday, July 27 as the new date for the summer restrictions on the lower half of Main Street after suspending limited street closures in mid July.

However, cars continue to drive down the street on Monday. Signs erected to advise the public about the closures have been covered in black bin bags.

The initiative was introduced by the council on July 2 in an effort to assist local traders. The council had planned to have two phases. A second phase involved weekend closures of the entire street and some side streets.

However, business subsequently objected on the grounds that not all trades on the street were open.

"The rate at which some businesses are reopening is slower than anticipated. Largely in recognition of this and having consulted with key stakeholders, Laois County Council will pause the pedestrianisation of Lower Main Street with immediate effect and reintroduce pedestrianisation week commencing Monday, July 27," said a statement issued on July 10.

At the time it said further details would issue closer to July 27.

The council was unable to provide an update in the run-up to the proposed recommencement date but said further information would be provided on July 27.

The issue was raised at the July meeting of the Portlaoise Municipal District. The councillors said the next closure the street must come with better information to the public.

Cllr Mary Sweeney tabled a motion asking for Laois County Council to conduct a public information campaign on parking availability near Main Street in conjunction with the pedestrianisation.

“All traders should be afforded an equal opportunity. I received reports of the negative consequences of the pedestrianisation. I ask the council to engage and give an update on the consultation to our September meeting,” she said.

“After all the discussion it had to be called off. I feel there wasn’t enough consultation. I was born and reared here and Main Street was never from the courthouse to the old Shaws. I would have spread this onto the side streets, why make fish of one and flesh of another,” he said.

The reply from the council was that the council as part of efforts to support reopening of local businesses, made recent modifications to existing parking near the Main Street to encourage customers to return and to shop safely with confidence.

“These modifications include a number of short-stay spaces on Main St, Lower Square and Market Square. This was communicated as a requirement to local businesses and modifications carried out in consultation with them. Laois County Council also commenced a public consultation in relation to a proposal to temporarily close public roads on and in the vicinity of Main St. Following this consultation, a public information campaign will be embarked upon in respect of parking in the area,” engineer Wes Wilkinson reported.

A number of local authorities around Ireland are using the Covid-19 to trial pedestrianisation in towns and cities. 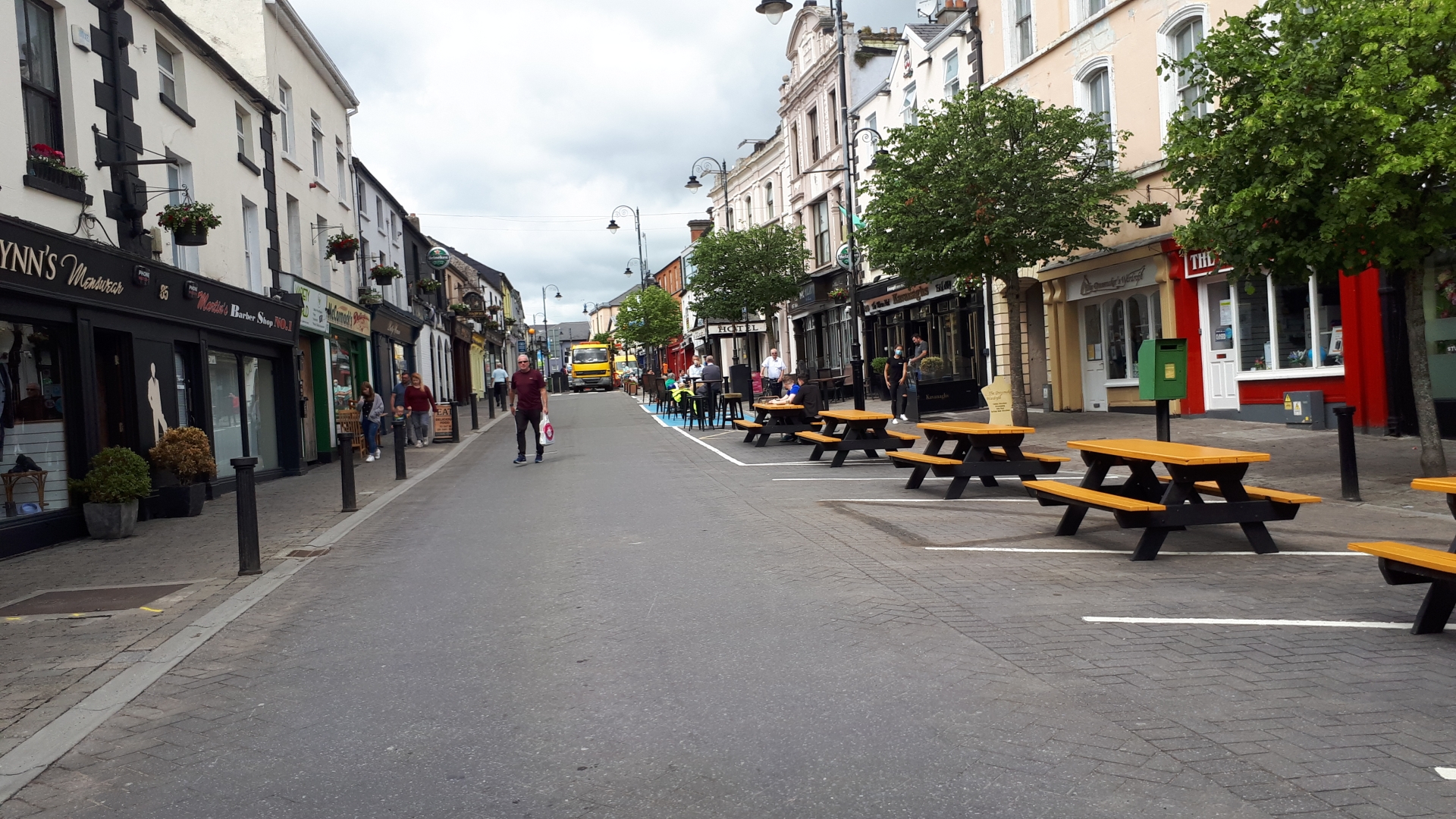