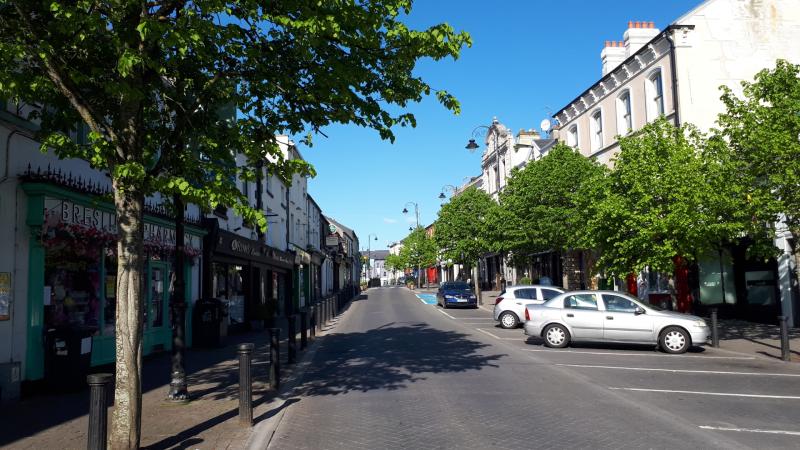 Better cycle facilities, improved public transport, a community centre and a town architect were among the suggestions for improving Portlaoise town centre at an online public meeting last night.

More than 30 people attended the meeting, which was hosted by Minister Pippa Hackett and included a presentation on the Green Party’s ‘Town Centres First’ strategy.

“We could rejuvenate many towns in the Midlands with the right approach,” said Green Party Councillor Louise Heavin from Athlone, who gave the presentation.

She pointed to Clonakilty as a good example of town centre development and said that Clonakilty has its own town architect.

“Portlaoise has a great arts centre, great shops, and a hospital,” she added. “People from surrounding towns will want to visit and we need better public transport between these towns, particularly early in the morning and late in the evening. It would ease traffic congestion in Portlaoise.”

The amount of space given to car parks in Portlaoise was criticised by a number of attendees at the meeting.

“The Programme for Government commits to a review of land use – and that applies to urban areas as much as it does to agriculture,” said Minister Hackett, who is responsible for biodiversity and land use.

The Green Party’s Portlaoise representative Sean McManus outlined his own vision for the town.

“We need to live, work and socialise within the town itself. We need to encourage active travel and create greater footfall in the town centre. I’d like to see a mix of park-and-ride facilities with transport to the town centre from places like Kilminchy and Fairgreen.”

“People on this call obviously have a passion for the town so we need to see more submissions to our council for the park benches, bins, cycle paths and other improvements that people want to see,” she said.