Dog owners do the right thing in Laois 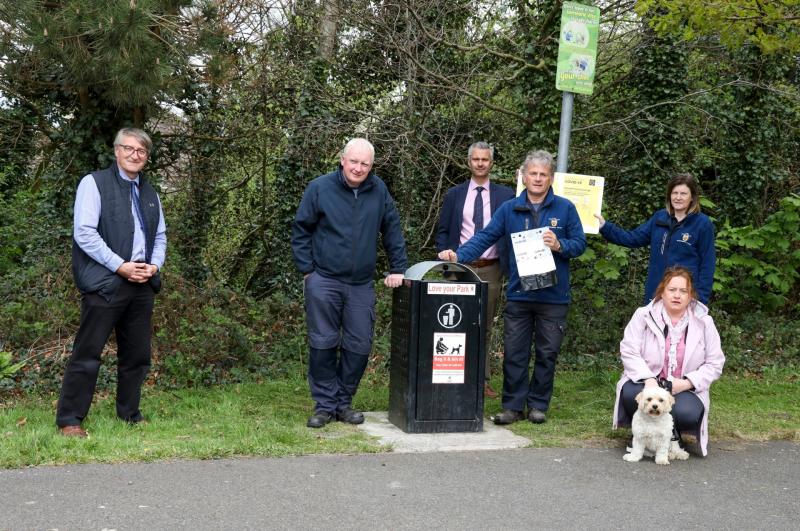 The campaign, which was launched on Tuesday, April 2027, aims to promote responsible dog ownership and encourage dog owners to clean up after their dogs, through various ways.

Ms. Ann Carroll, Administrative Officer, Environment Section said that the issue of dog fouling was an ongoing and escalating problem on footpaths, parks and open spaces in Portlaoise and around the county, as people are out walking more due to Covid 19 restrictions.

She further noted that some people are at greater risk of coming into contact with dog waste and putting their health in danger.

These include wheelchair users, visually impaired people, babies, toddlers, children and sports field players.  It is estimated that as little as a gram of dog waste can contain 23 million faecal coliform bacteria, which can cause cramps, diarrhoea, intestinal illness, and serious kidney disorders in humans. 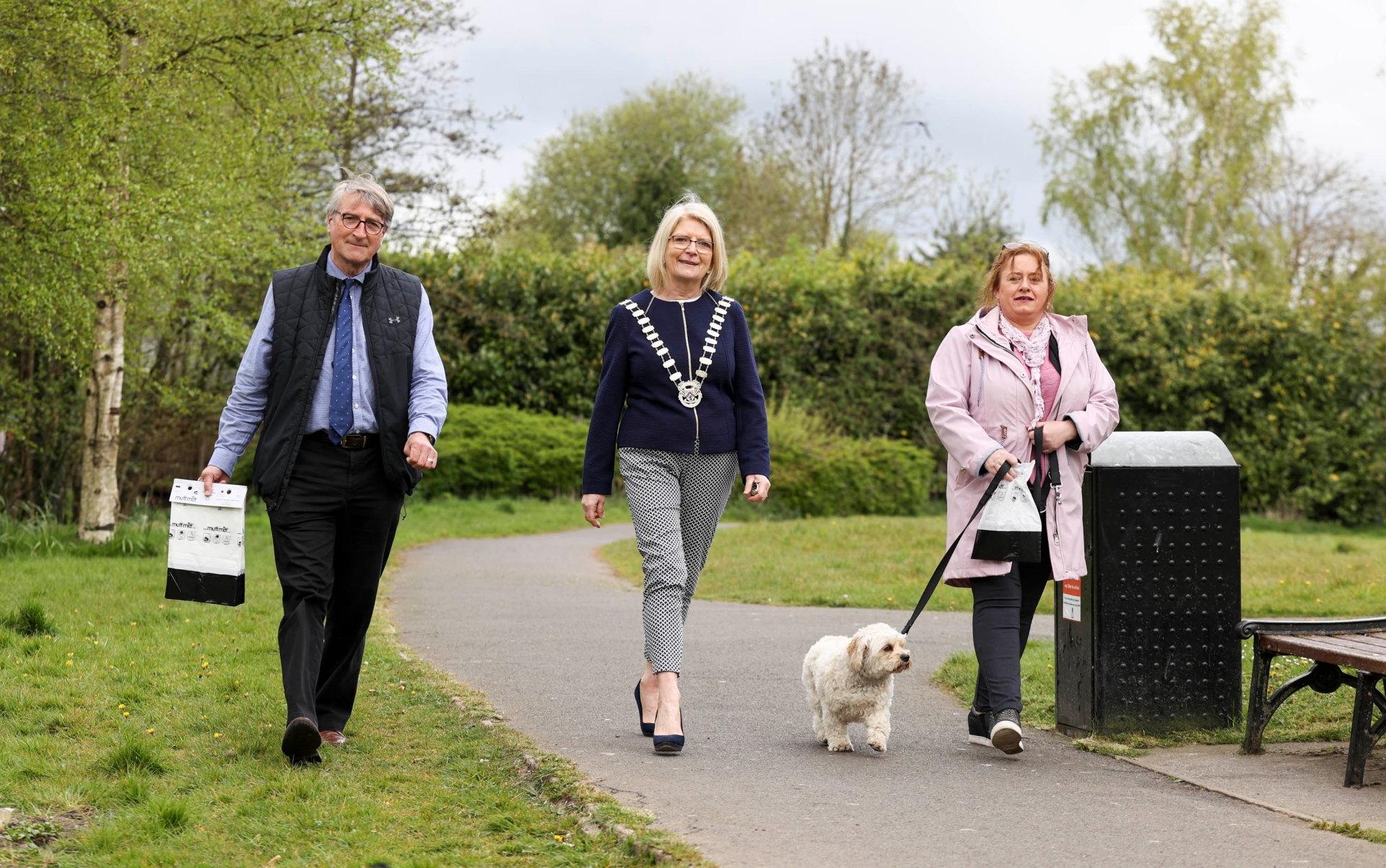 Dog poo can also contain nasty bacteria such as E-coli, salmonella and parasites like round worm, the larvae of which can cause loss of vision. People who don’t clean up after their dogs put other persons at risk.

Speaking at the launch Cathaoirleach Catherine Fitzgerald welcomed the campaign to highlight the ongoing issue of dog fouling on footpaths, in parks and open spaces and to encourage dog owners and dog walkers to act responsibly and to pick up after their dog.

Cllr. Fitzgerald acknowledged the ongoing assistance and partnership approach of the Council and Tidy Towns groups in providing and installing the Mutt Mitts dispensers and restocking the units.  Seventy Mutt Mitt dispensers have been distributed to Tidy Town groups around the county.

Portlaoise Tidy Towns committee, along with other Tidy Towns groups in the county will ensure the Mutt Mitts dispensers are refilled regularly so that dog owners can help to keep towns and their environs clean of dog waste.

He said that dog fouling is a real menace and that there is no excuse for it.  He said that Portlaoise Tidy Towns were pleased to be involved with the campaign.  He encouraged dog owners to be responsible for their pets, to clean up after them and to dispose of the waste in a proper manner, not to leave them hanging from railings or a tree.

Laois County Council is urging dog owners to always pick up after their dog using their own scooping device or bag, or one of the Mutt Mitts bags, before disposing of it in the nearest litter bin or taking it home and placing it in their own general household bin.

Laois County Council promotes an “any bag, any bin” philosophy and reminds dog owners that they are legally obliged to clean up after their pets if they go to the toilet in public places e.g. on the street, in an open green space in a housing estate or in a park. 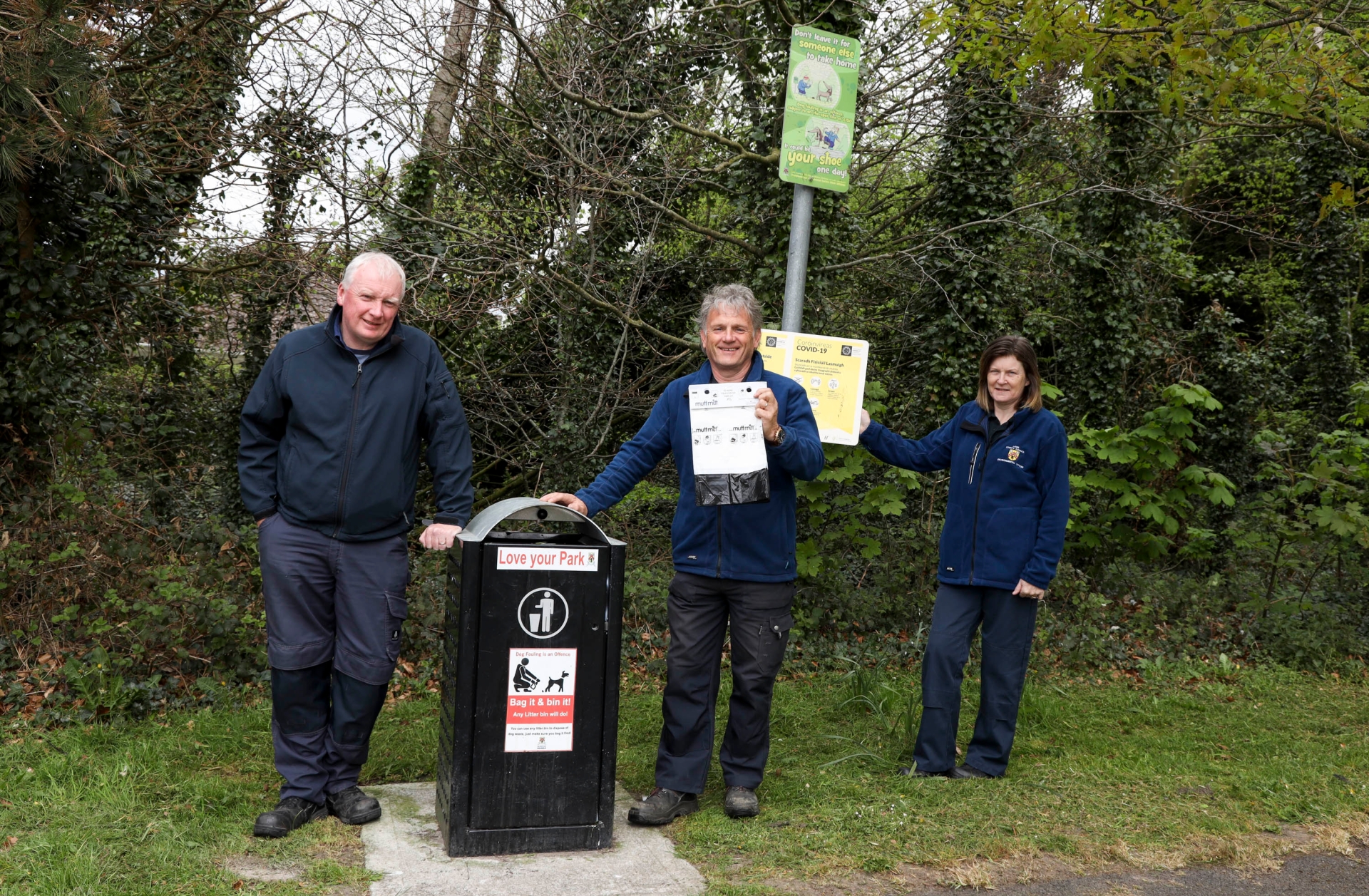 Failure to do so may result in the offender being issued with an on-the-spot fine of €150 or on summary conviction to a fine of up to €3,000, under Litter Pollution Act 1997.

Members of the public are also reminded that if you see someone allowing their dog to foul in a public place without cleaning up after them, they can call the Laois Litter Hotline, in confidence, on 1800 32 32 30.