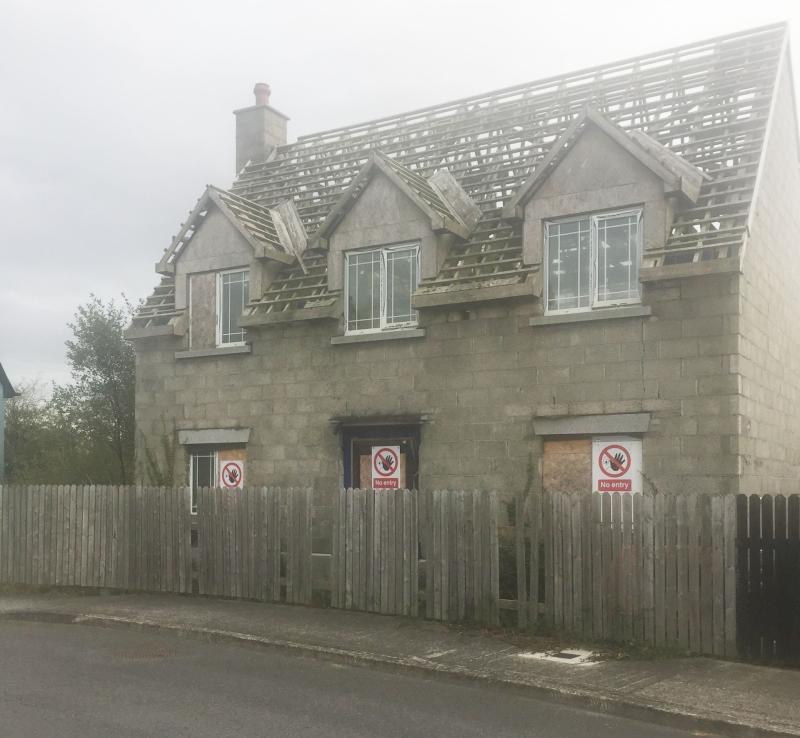 One of the derelict houses owned by AIB in Mageney, Laois.

A bank bailed out by taxpayers has been ordered to take action at Celtic Tiger house it owns in a Laois housing estate.
Laois County Council has issued a Section 3 planning notice to the bank which orders owners to make sites 'non-derelict'.
If AIB does not comply, the council can get the work done itself and then bill the bank for the cost.

The bank owns the unfinished and vandalised houses in the centre of Bruach na hAbhainn housing estate in Maganey. The estate in the village on the Carlow Kildare border has about 50 houses.

Cllr Aidan Mullins tabled a motion for an update from Laois County Council at a recent meeting of the Graiguecullen Portarlington Municipal District.

Senior Planner Angela McEvoy reported that the council did a site inspection and was serving a Section 3 notice.
“The properties are being referred onto the Vacant Homes officer for consideration,” she said.

Cllr Mullins said that AIB should be "held to account".

“This is a lovely little estate, I was told that last April that the planning section would write to AIB and ask for a plan of action. This reply suggests to me that nothing happened. The registered owner is not responding, they don’t seem to be interested in vacant or derelict properties being vandalised. I suggest that Laois County Council be more forceful on derelict sites. AIB should be held to account. The state is a major shareholder,” said Cllr Mullins. 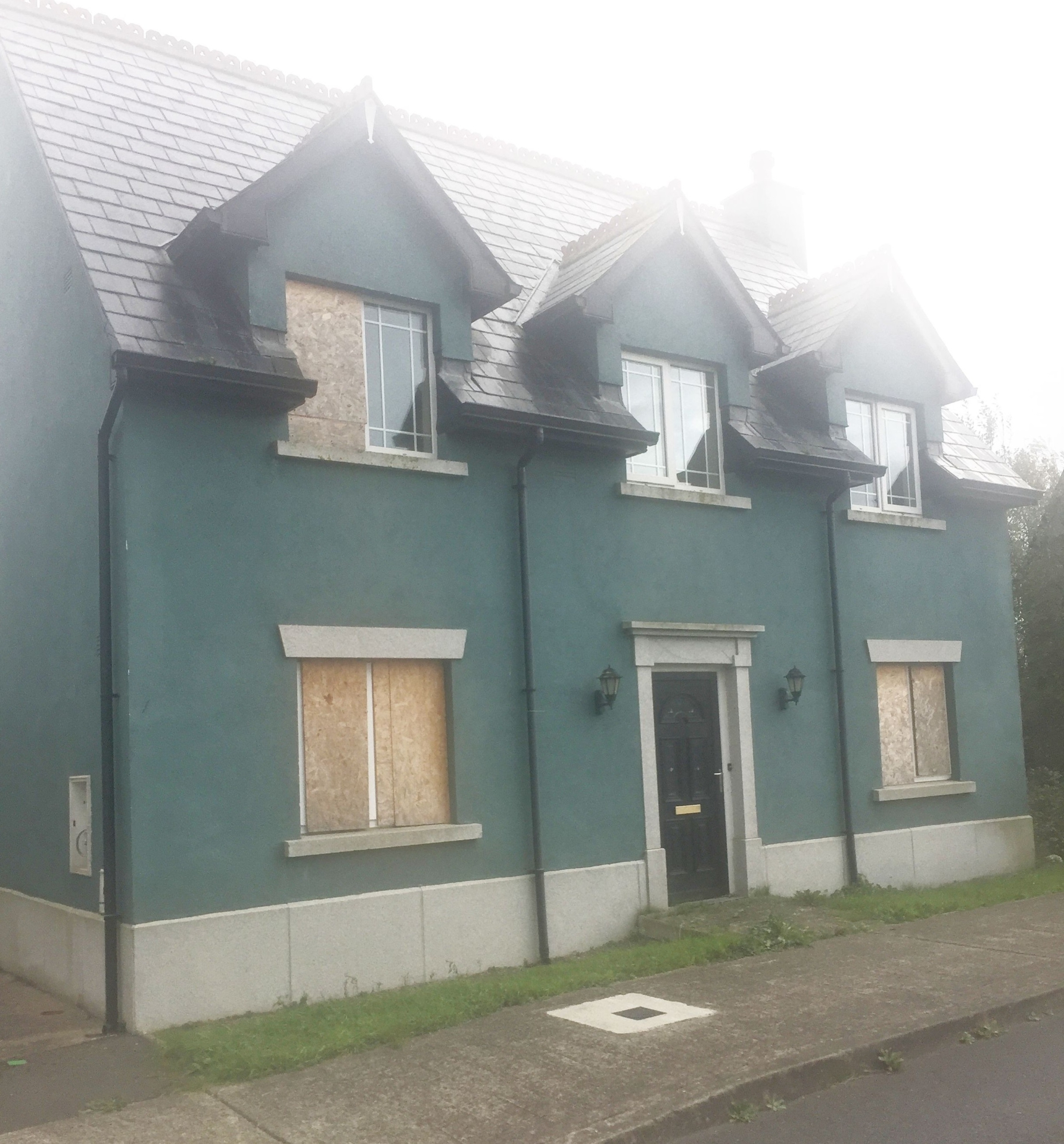 A second house owned by AIB in the estate.

Cllr Mullins also noted that there is a planning application submitted by the original developer, for 20 more houses beside the estate, accessed through the existing estate.
“Residents are appealing over a concern for sewage as that area can flood. To me the council aren’t doing their job,” said Cllr Mullins.

Cllr John Moran seconded his motion.
“I totally agree. I know people who wrote to AIB offering to buy these houses and they didn’t get a reply. It’s a terrible pity. It looks like a town that has been deserted,” he said.

He said that a house was sold in the estate for €80,000 a year ago.
“It would have been an absolute bargain for the council,” he said.

“Residents say another house was vacated a year ago and is now vandalised,” Cllr Mullins added.

Laois County Council Director Gerry Murphy promised to have the new Vacant Homes Officer at the January meeting.
Cllr Tom Mulhall said that he and other councillors are inundated with people looking for houses.
“So many are vacant, and people in dire need,” he said.