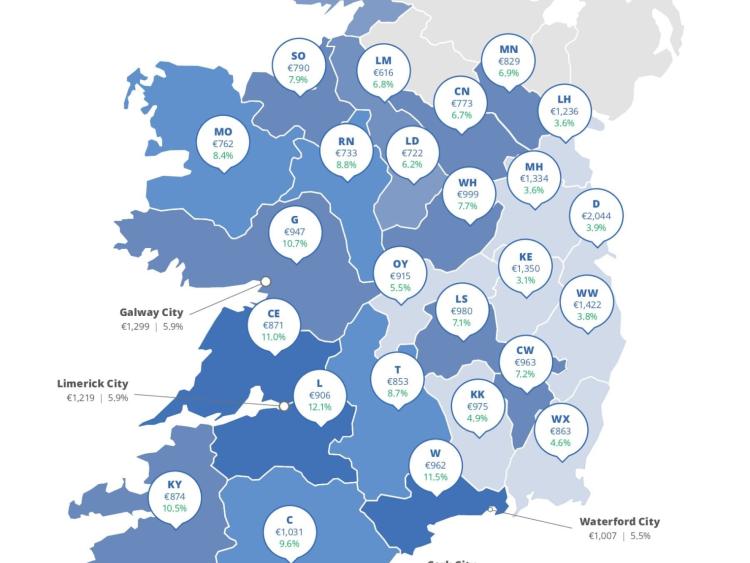 Rents in Laois are well above increases permitted under a new measure which is supposed to cap rises.

Rents are on average 7.1% higher in the third quarter of 2019 than a year previously according to the latest figures from Daft.ie.

The measure is supposed to cap yearly rent increases at 4%. The measure applies to new and existing tenancies unless an exemption is being applied.

Other figures published by Daft.ie show that the average increase in Laois and the other midlands counties of Offaly, Longford and Westmeath also exceeds that national rate of increase.

Rents rose by an average of 5.2% nationwide in the year to September 2019, according to the latest quarterly Rental Report by Daft.ie.

The national average monthly rent is €1,403.