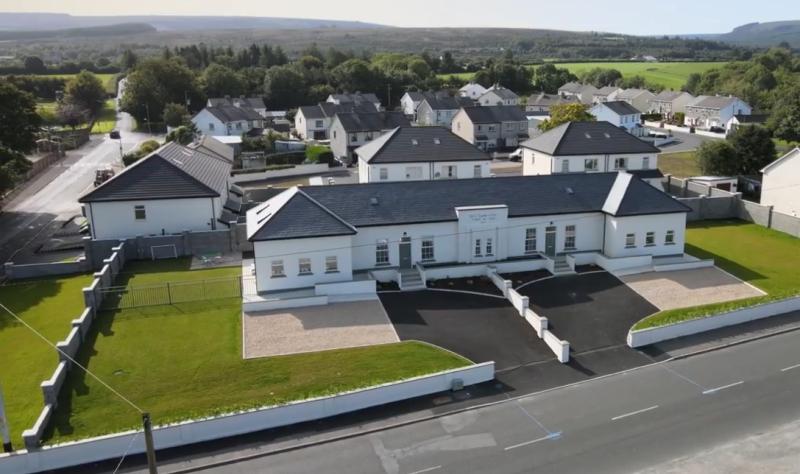 Seven newly built homes built by a private developer on the site of a vacant school are being bought for council tenants in Clonaslee, Laois.

Funding for the turnkey purchases in the Slieve Bloom mountain village was announced at the November meeting of Laois County council.

“Positive news has been received. Department approval was received on November 20 2020 to acquire these seven turnkey units,” the CEO said.

“It is great news for Clonaslee and people on the waiting list. I appeal that people of Clonaslee be allocated these homes,” he said.

The homes are in Corbally, Clonaslee.  Local developer John Rowney had bought the derelict vocational school, a protected structure, and carefully converted it into two houses and built seven more on the site. Two of the houses were sold privately.

Turnkey projects are another method being used by the Department of Housing to provide rapid housing across Ireland, involving an agreement between developers and local authorities to build new homes as a private venture to sell to the authorities for council tenants.

One other turnkey project is underway in Laois. 11 units are under construction on Main Street, Borris-in-Ossory.

The contractor is working on site there and six of the units are expected to be complete this December in Phase 1. Phase 2 will see the other five units ready by next March.