Height ban to be imposed if restriction accepted by Minister 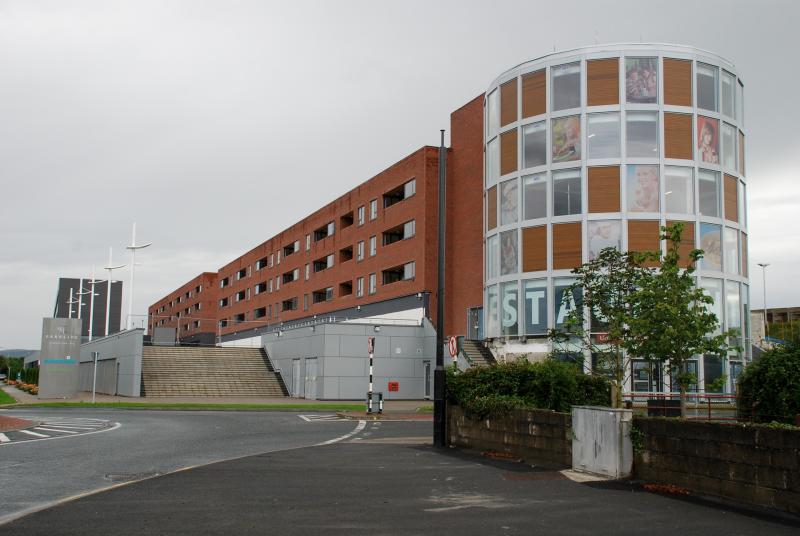 Parkside apartment, retail and office block was built during the Celtic Tiger in Portlaoise away from the town centre

Portlaoise cannot become Ballymun a county councillor insisted at a meeting last week where councillors moved to ban the building of new apartment blocks in Laois.

The public representative reached the decision to insert the clause in the draft Laois County Development Plan 2021-27 at the end of a more than six hour meeting where nearly 160 submissions were considered.

The issue over apartment blocks was raised when the Office of the Planning Regulator submission was being discussed. While it does not recommended high rise nor is it included in the plan, councillors felt a limit should be set to stop big apartment blocks springing up in towns especially Portlaoise.

Councillors were told that a recent direction from Government allows councils flexibilities to have lower living densities in certain areas such as the outskirts of towns. However, council officials attempted to reassure public representatives that higher density housing would only be considered where appropriate and where it would fit in with existing building.

The were told that the maximum settlement allowed would be 35 people per acre in Portlaoise and Graiguecullen right down to 10-12 per hectare in the smaller settlements.

Laois County Council's Chief Executive John Mulholland said climate action is a factor as are resources such as  spending money on getting resources like water to out of town areas. He added Laois has no registered high rise, (six stories or higher), apartment block at present.

But councillors would not be persuaded. Cllr Willie Aird, Portlaoise, said he was completely 'taken aback' and had 'huge reservations'.

"It has Dublin written all over it...We are being pressurised as public represenatives to agree with developments of four and five storey high buildings," he said.

Cllr Aird claimed such development has not been seen previously in Portlaoise. He said there has to be a proper mix of housing which exists in Portlaoise.

He said five-storey housing is being proposed in Portlaoise's outskirts which he described as "absolutely ludicrous". He also said apartments should not be used to house familes.

Cllr Caroline Dwane said she had huge concerns. She claimed that proposals have been made to house elderly people in apartments.

"We should not be putting our elderly people in apartments," she said.

"We do not want a mini Ballymun or Ballyfermot in Portlaoise. It is just not on is not what the people," he said.

Cllr Catherine Fitzgerald, liked the idea of building up the town centre but belives a restrict on height is needed. She reminded officials that high apartment blocks already exist up to two miles from the centre of Portlaoise.

"The horse has bolted," she said.

Other councillors were also against the move. Cllr Aisling Moran said Laois is a rural county and people should not be piled into towns.

Cllr Ben Brennan said a new development is being built in Graiguecullen which will see a 19 bed apartment block built overlooking other houses. Cllr John King said Dublin is very different from Laois.

Cllr Padraig Fleming also felt a height needs to be placed on apartments.

Councillors suspended agreement until the end of the meeting. When the matter was raised again councillors unanimously backed a motion from Cllr Dwane Stanley to amended the plan stating that new apartments bocks higher than three-storey would not be permitted in Laois.

The councillors were advised that the decision would be returned to the Office of the Planning Regulator which can subsequently advise the Minister.