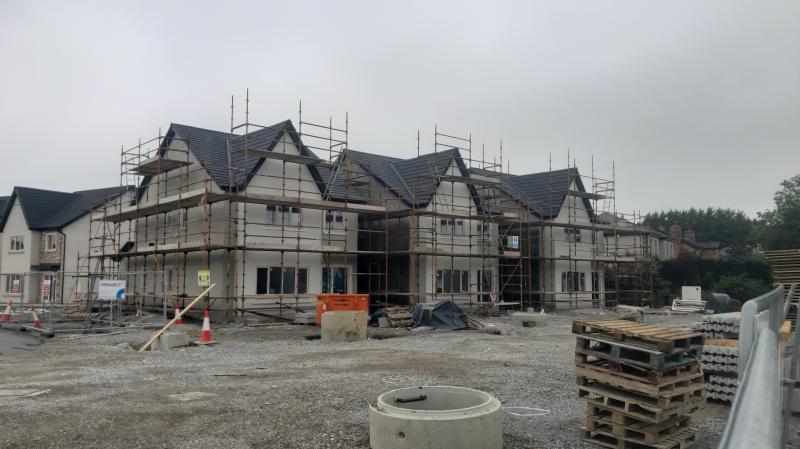 Laois family home prices are rising at double the national rate of house price inflation, according to the latest Daft.ie House Price Report.

Nationally, Daft.ie say that housing prices rose by 7.7% on average during 2021. The average asking price for a three-bed semi-detached family home in Laois rose by more than double that rate.

There were 155 transactions in Laois in 2021 which represents a 91% rise on the previous year.

Nationally Daft.ie says fewer than 11,500 homes were listed for sale on December 1st, the lowest total recorded since July 2006, when online advertising was still emerging.

A total of 179 properties were listed for sale on the Daft.ie website in Laois on December 29 but 34 of these were sites. Just six new homes were listed on the website.

While 2020 saw similar rates of inflation across the market, significant regional differences emerged during 2021. Daft.ie says the smallest increases were in urban areas. MORE BELOW GRAPHIC

Commenting on the report, its author Ronan Lyons, economist at Trinity College Dublin, said: “Inflation in listed prices continues to cool from its mid-year peak. Nonetheless, at nearly 8% for the year, it remains stubbornly high. This reflects a combination of unusually strong demand and on-going weak supply. Demand for homes to buy, which had been strong anyway from the mid-2010s, has received an unexpected boost during the covid19 pandemic, with prospective buyers able to tap into ‘accidental’ savings, as expenditure fell during the lockdowns. Meanwhile, both new and second-hand supply remain weaker than expected before the pandemic. While the pandemic has changed some particulars, the general health of the housing market is largely unchanged – it is one characterised by weak supply in the face of strong demand. For that reason, additional supply – not just of homes for sale but also of market and social rental housing – remains key to solving Ireland’s chronic housing shortage.”
Average list price and year-on-year change – major cities, Q4 2021

The full report is available from HERE and includes a commentary by Ronan Lyons, Assistant Professor of Economics at Trinity College Dublin and author of the Daft.ie Report.