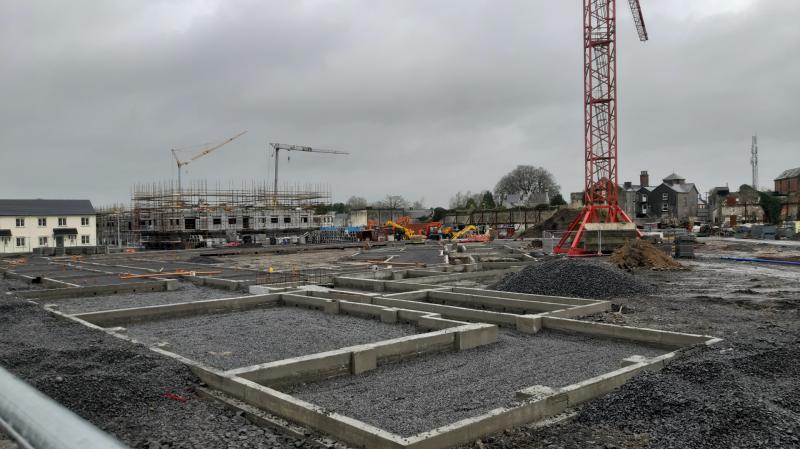 Another application has been lodged to build more apartments in a development which is one of the biggest residential project being carried out outside the cities.

The Granary and Maltings Limited have applied to Laois County Council to build two more apartment blocks on lands to the rear of the former Minch Norton site near Portlaoise Train Station.

The development will be blocks six and seven of a largely apartment driven development in the heart of the county town just off the Mountmellick Road.

The project is being spearheaded by the Flanagan brothers who have built thousands of homes in Laois and survived the property crash.

A previous attempt to build apartments on the site during the Celtic Tiger did not materialise. However, the developers began work on a new plan during the recovery from the recession.

Work is well advanced on these buildings with several cranes visible on the Portlaoise skyline.

Terraced housing has been completed on the site along Roselawn. In 2008, Owenass Residential Developments Ltd failed to get permission to build 62 two bed apartments in blocks of 2 and 3 storeys along the road.

The site is located to the rear of the last remaining part of the former Minch Norton Maltings buildings which was subject to a major property development which collapsed during the Celtic Tiger.

A company called Holli's Corner was granted permission in May 2020 for the conversion of empty landmark building into apartments. This project on Coote Street was subsequently put on the market as a development opportunity at an asking price of €450,000.

A company called Maryborough Construction Holdings Ltd drew down €23.5 million of a €84.5 million loan advanced by Anglo Irish Bank to purchase and develop the site during the property crash. It was ultimately take over by NAMA and the loan written off.