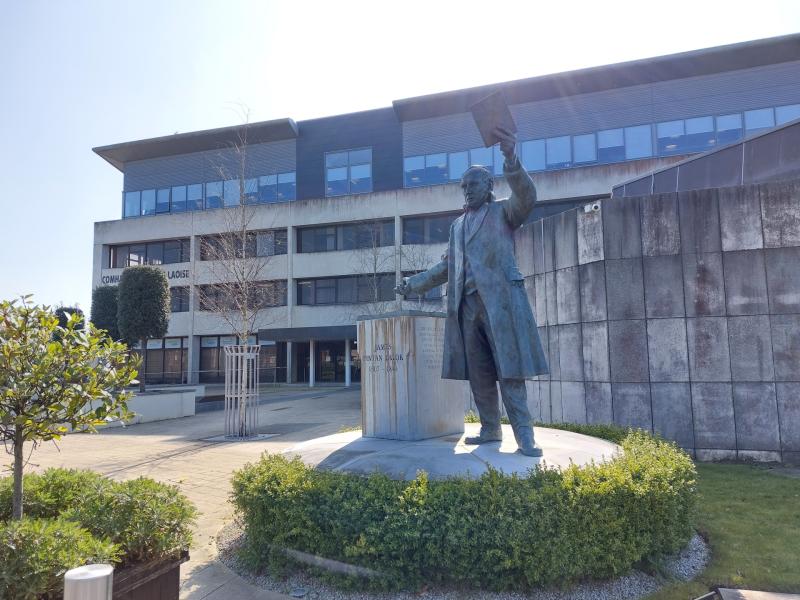 Laois could be getting more high rise apartments but less new rural houses and housing estates, with the intervention of national planners in drawing up the new five year Laois County Development Plan.

Laois councillors had changed their plan, going against national policies on housing density and town planning.

They had set a limit of three storeys on new apartment blocks on greenfield sites, while many sites around Portlaoise and the county had been zoned for housing by them.

Big changes for visitors to Emo Court in Laois

Just before the deadline, the Office of the Planning Regulator has informed Laois County Council that it intends to request a Ministerial Direction to reverse many of the changes to the 2021 - 2027 county plan.

They said that housing lands zoned were in excess for what is needed in Laois.

They intent to revert three sites in Portlaoise from R2 New Residential Development, back to Not Zoned, Strategic Reserve and Transport and Utility, and one in Stradbally to Not Zoned.

A two week public consulation on their requested changes ends on April 4, after which CEO John Mulholland will send the OPR his report including public and councillor views. The OPR will then made a recommendation to Minister for Housing Daragh O'Brien on whether to forcibly change back the plan.

Director of Service for housing and senior planner is Angela McEvoy.

"It is your plan to make but we have to ensure it is consistent with national policy. The only thing is there will be new population statistics for Laois later this year from the Census so it could all change," she said.

Laois councillors were disappointed to have their decisions possibly reversed.

"It looks like all the ones we wanted didn't go in. It's not the councillors' plan. If it is we should be given professional advice like the executive gets. It's scuppered. We're elected to do a job and then our hands are tied behind our backs," Cllr Willie Aird said.

Cllr Caroline Dwane Stanley welcomed just one reversal sought, a piece of land zoned for housing at Rathevan by councillors not from Portlaoise. The zoning is unwanted by residents and by the council.

"It's not that we don't want housing, we want the infrastructure in place.

"I know areas in Dublin with massive high rise flats and there are so many issues around them. We are dealing with people in two storeys and bungalows who are opposed to high rises looking in on them. You might get away with three or four of them but if we take our foot off the pedal we are looking at serious high rise developments. Who'll live in them? No-one with children will want to live in them," she said.

"I don't think they have a right. We are not going to adhere to all the rules they're going to send down. It should be down to us," she said.

"We voted to ensure we meet our target for Housing for All. Less supply, greater demand, higher prices. I hope the chief executive makes a very strong report, it's very worrying for the supply to Portlaoise and the county," he said.

Last January, Laois councillors voted against the OPR's recommendation when drafting up their changes. They also went against Laois County Council CEO John Mulholland's advice and against national planning guidelines.