First phase of Portlaoise railway apartments on track for delivery 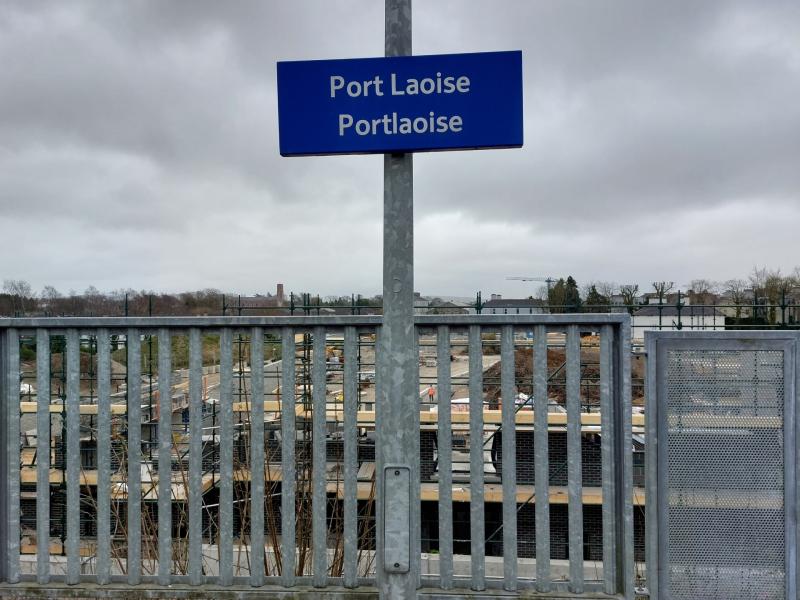 The first phase of a Portlaoise town centre development offering social housing apartments, houses and a long awaited extra carpark for train commuters in Portlaoise is on track for delivery this year.

A block of 13 apartments is to be completed in October, the first of 67 homes for people on the council's housing list.
However materials shortages could cause delays down the line for the €20 million Government funded project.

Ger O'Brien is owner of Ardain Developments and he gave the Leinster Express an update on site this week. 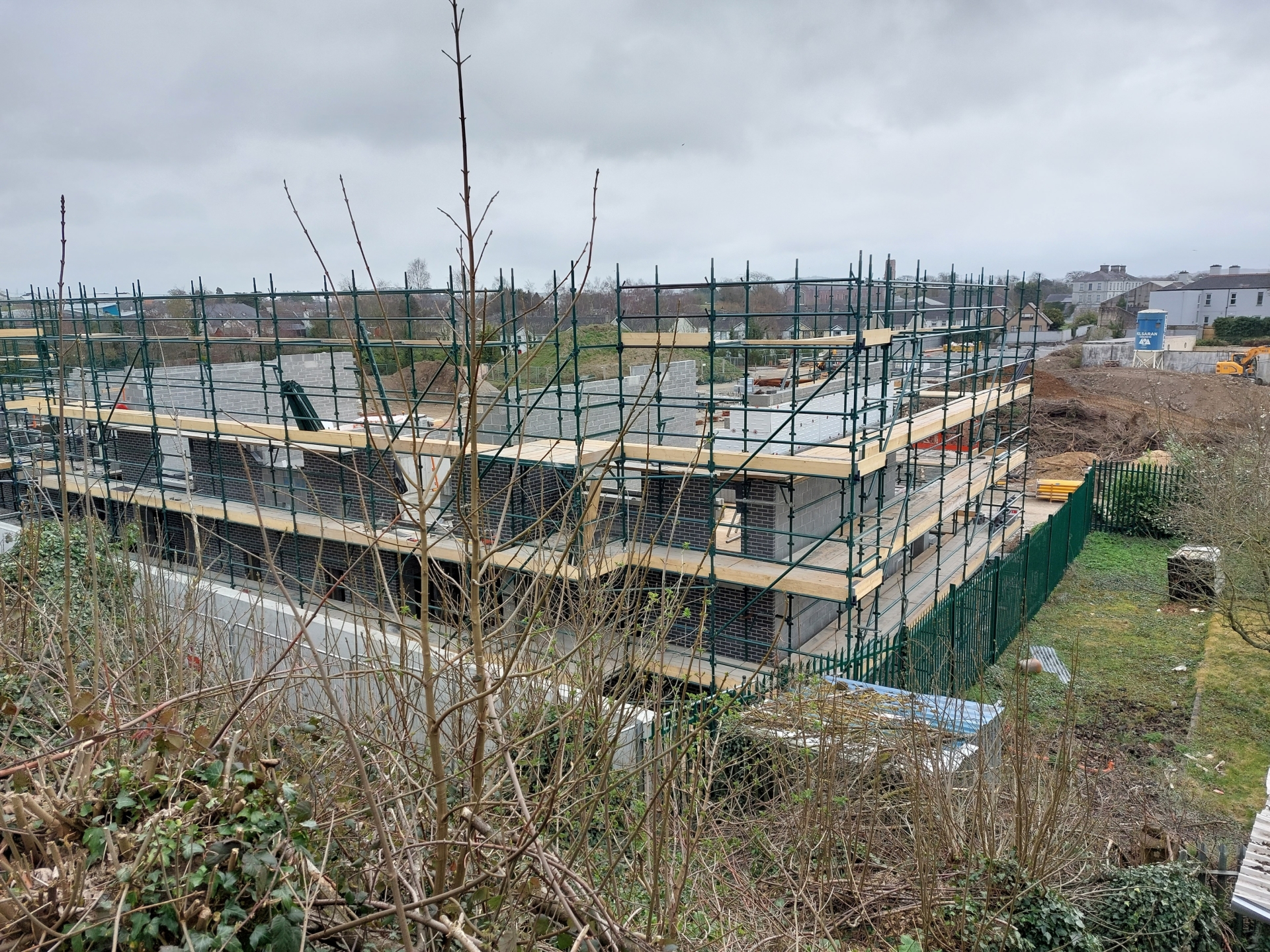 “It is on schedule within reason. There was an awful lot of work to be done underground, everything had to be piled so the start of work was slow.

“With the times we are in, with material shortages and labour shortages, things are not going too bad.

“There's no guarantee what's coming down the line with materials and cost of materials. It's unsure times,” Mr O'Brien said.

Image by McOH Architects of Goldencroft, with train station at bottom of image and public carpark in centre. 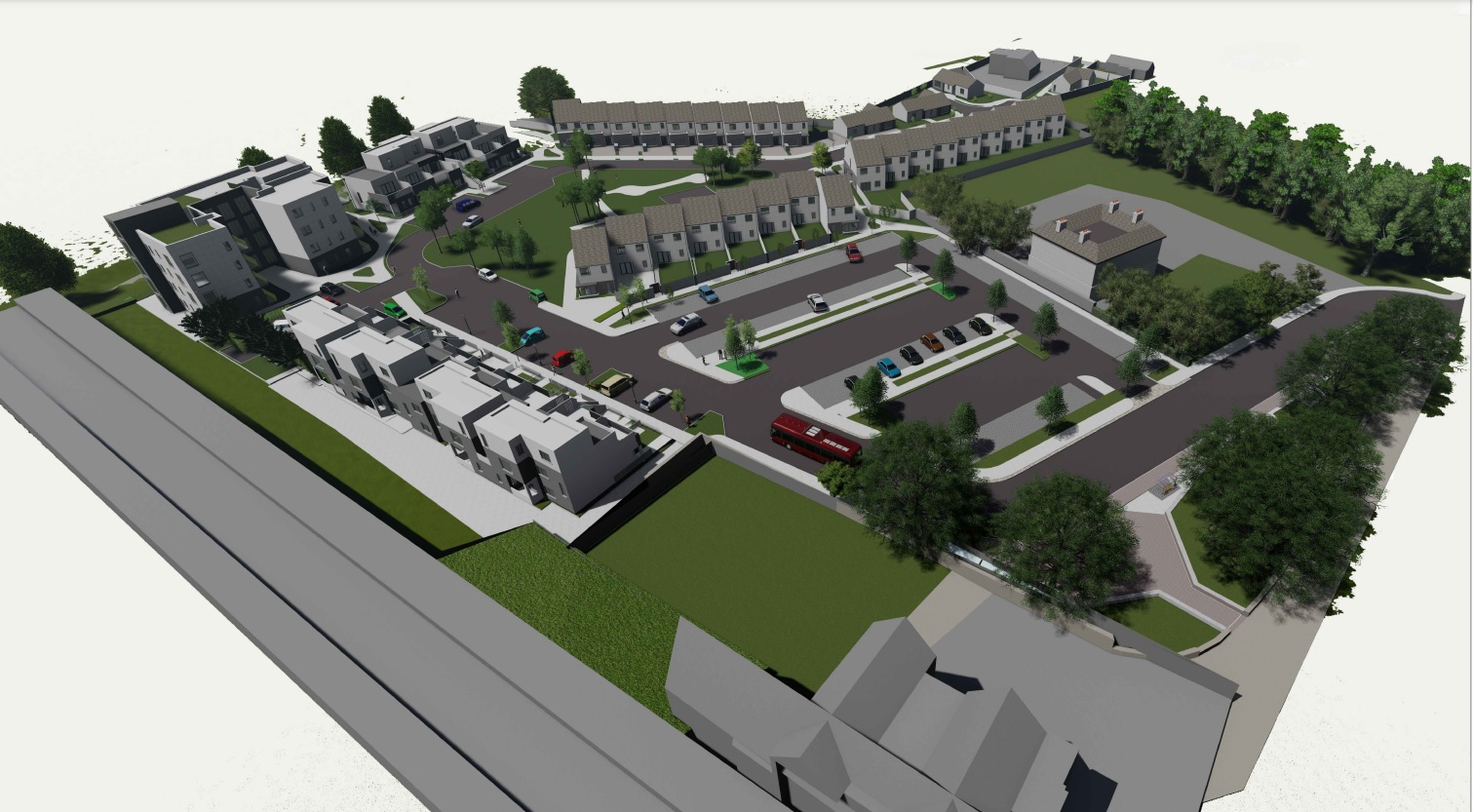 The first block is right next to the railway track, with a window view of trains flowing in and out of the busy commuter station.

“When there is triple glazing and soundproofing of walls no-one will ever know they are there,” Mr O'Brien said.

It will have a walkway leading directly towards the entrance to the train station.

"Car park is programmed for delivery (and to be put into use) in the first half of 2023," he said.

Below: Development on right behind train station fence. 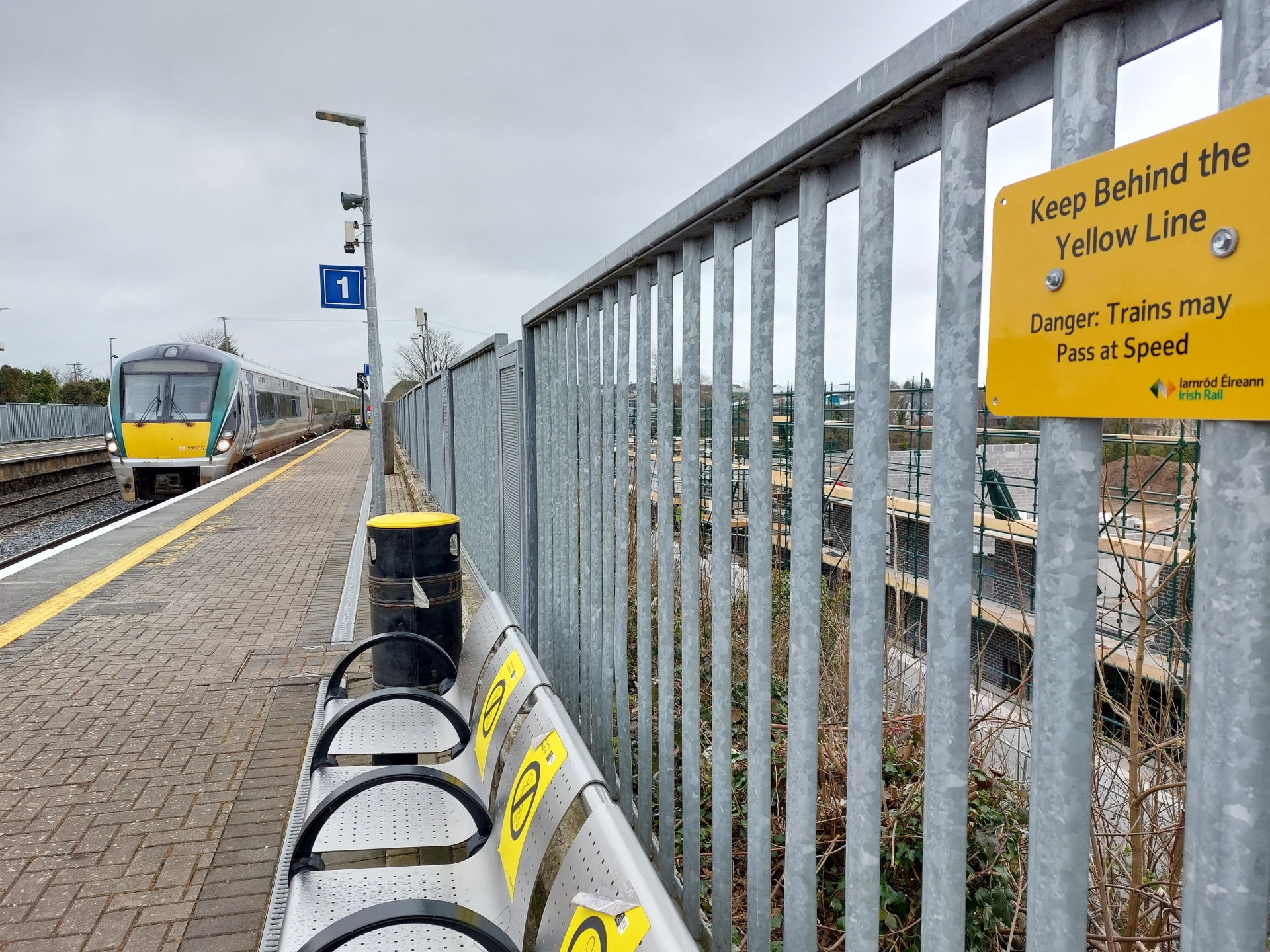 The homes will be owned by Clúid approved housing body, with tenants selected by Laois County Council from their social house waiting list.

The developer gave an estimate for when the full project including 30 houses, 37 apartments and duplexes willl be completed.

“The whole project will I'm sure be completed by the third quarter of 2023,” the developer said.

The grand house in the centre of the building site is Maryville house, the former Christian Brothers residence. 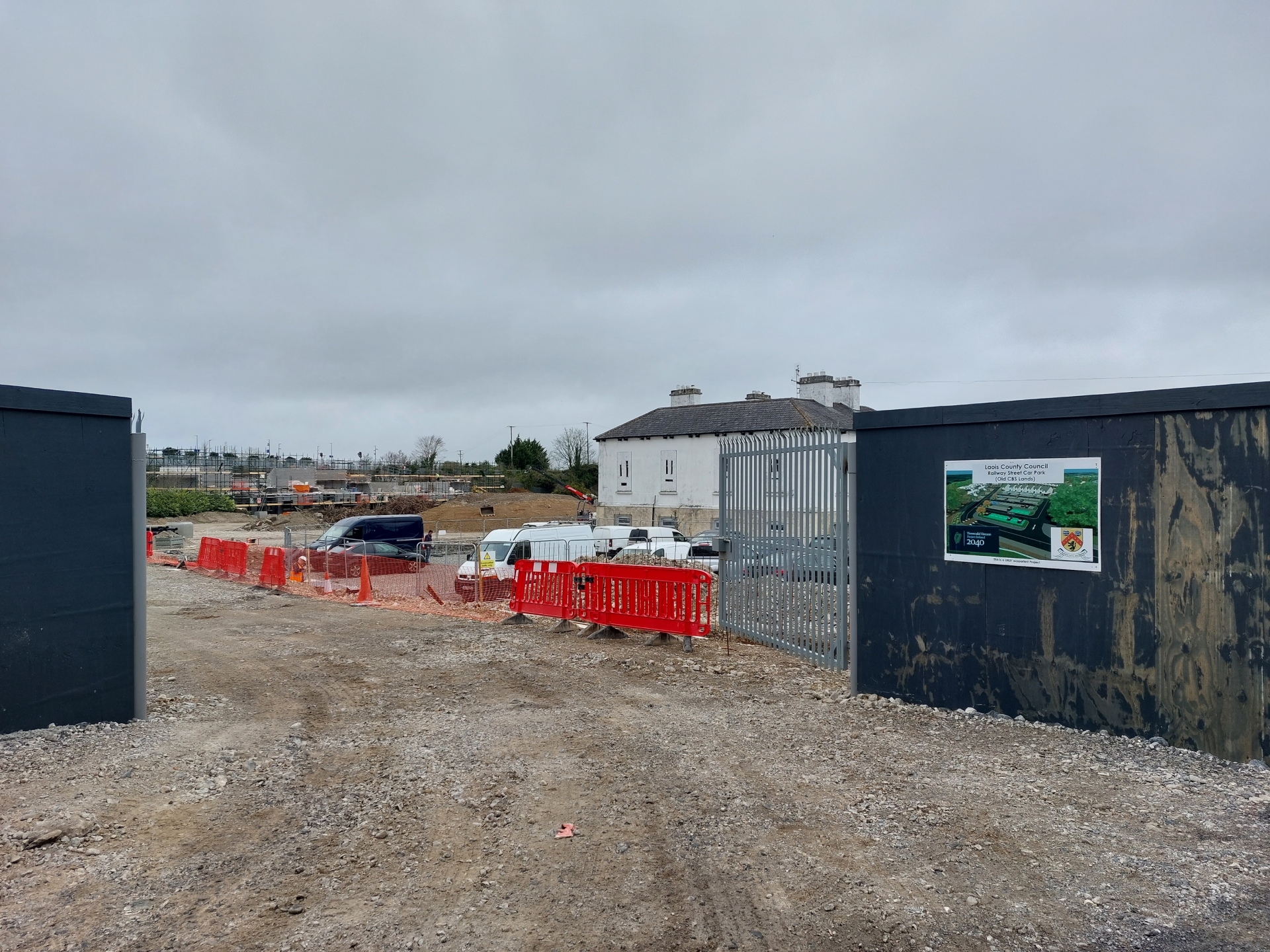 Maryville House will be redeveloped as a separate project.

“It will stand on an acre and be part of a new application, for what we don't know yet but it will be something beneficial to the town,” the developer said.

The entire project on a 5 acre site that was formerly St Mary's CBS school grounds, was given planning approval in July 2020 and is being funded by a CALF low cost Government loan.It forms part of a list of 441 social homes now under construction across Laois.