No excuses for Laois garage lying in 'disgraceful' dereliction for years 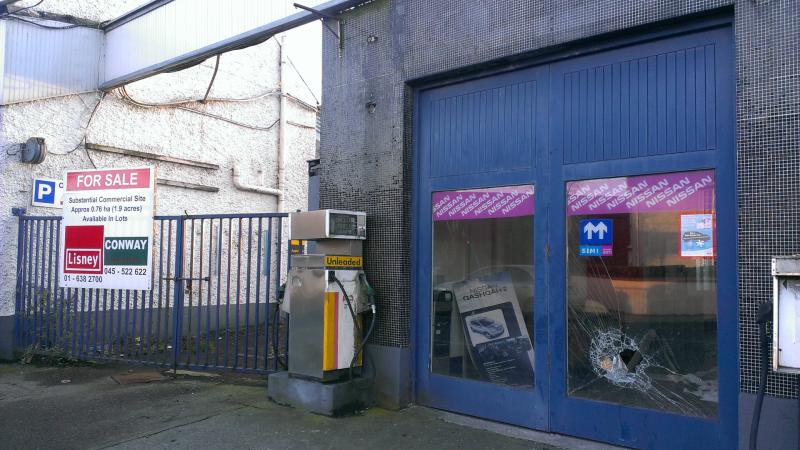 It is a disgrace that a landmark property in Mountmellick that shut during the property crash is still lying idle according to a councillor who has demanded that Laois County Council use the law bring an end to the dereliction.

Cllr Paddy Bracken, Fianna Fáil, demanded that County Hall take action a property in the heart of the town which contains a former garage and vacant homes.

Cllr Bracken tabled a motion at a recent meeting with Laois County Council officials in which he called on the local authority to “take whatever measures that are necessary” to address the former Central Garage site at Emmett Street, Mountmellick which he said has been derelict for years.

“It’s a disgrace that it is lying idle for the last ten years,” he said.

Cllr Bracken said that apart from the commercial premises,  four homes had also fallen into a state of dereliction.

He demanded that something be done with the property adding that it is “shocking’ that has gone unused despite being a prime town centre site that is prime for development.

He was supported by Cllr Ollie Clooney, Independent. He said the premises is very visible to all who drive through the town.

“The same problem has occurred in all of our towns…we have to change all that. We have to put a levy on the property,” he said.

Cllr Bracken said there is a solution to the problem.

“The legislation is there. The council should CPO (Compulsory Purchase Order) those sites. That’s the bottom line. There are no ifs, buts or maybes,” he said.

He said Mountmellick already has big dereliction problems with the former maltings building on the Portlaoise road.

“It’s a shocking blight on the town,” he said.

Electric Picnic organisers are seeking staff ahead of the Laois festival

“The site has been inspected and correspondence will issue to the owners in relation to same. A report and recommendation will be further drawn up as to what course of action under Derelict Sites legislation to pursue,” she said.

The issue was raised at a recent meeting of the Borris-in-Ossory Mountmellick Municipal District.