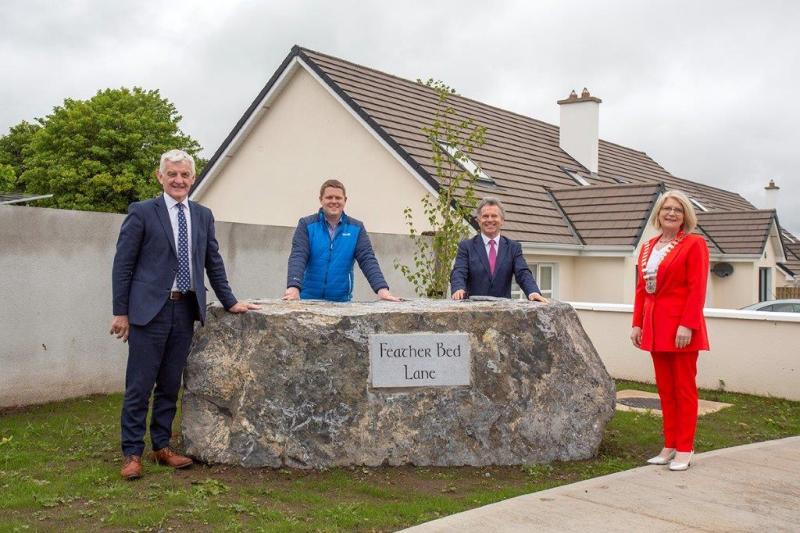 The delivery dates for new “turnkey” houses for council tenants are outside of Laois County Council's control.

The council is buying turnkey homes off private developers' plans as part of a range of efforts to accommodate people on its housing waiting list, currently at over 1,740 names.

Turnkey involves a developer agreeing to fund and then sell fully completed new homes to the council for a price set ahead of construction.

One such development was raised as a concern at the March meeting of Laois County Council.

Featherbed Lane is Borris-in-Ossory will provide a total of 11 new homes. The first 6 houses of the 11 house Featherbed Lane Housing Estate Borris in Ossory were handed over last year with the remaining 5 units to be ready by October/November 2021.

The five are now promised to be ready by June 2022.

"This is very unfair and stressful for the families who were fully convinced that they would be in their new house for Christmas," he said.

“It is very disappointing that the five remaining houses on Featherbed Lane. I know of people who were supposed to be out of their rental houses because they were sold. Quarter two means the end of June,” he said at the March meeting of Laois County Council, where the new delivery date was listed in the manager's report.

Council Director of Services for Housing Angela McEvoy said they have no control on a completion date.

“It is a turnkey development outside of our control for turnaround. But I will actively pursue it,” she said.

“It's very disappointing, Five tenants are waiting. They were told last October or November,” he said.

Housing Official Georgina Ireland reassured him of their efforts.

“There is regular contact by the senior engineer with the developer. There were a number of issues. All we can do is keep the foot to the neck on it on a weekly basis. What we want at the end of the day is houses delivered. We are hoping they will be in by May,” Ms Ireland said.

“You can't just say 'we will take houses' and leave it. We need to know when they will be ready. If they go over the timeline penalise them. We need to treat this like a business,” she said.

She asked if there was a bond in place, and Ms Ireland replied that all private developments do.

Cllr Moran asked could this not be used by the council to take over finishing the houses.

Ms McEvoy explained that bonds cannot be used until planning permits are out of date, after five to ten years.

"They are the ones in control of how quickly it happens," she said.