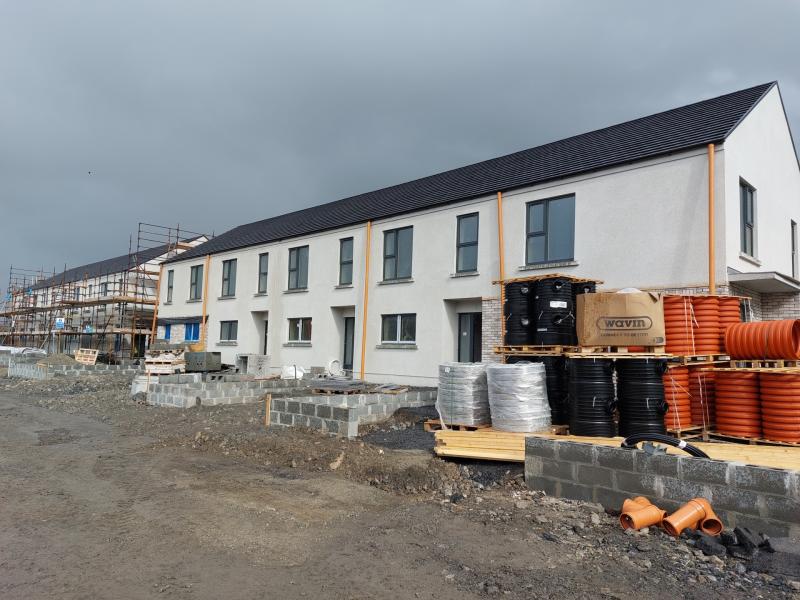 Laois councillors say that the only option for people who cannot afford a mortgage, is to sign on the dole and ask for social housing.

They are demanding a face to face meeting with the Minister for Housing Darragh O'Brien to address what they say is the biggest issue in Laois.

The issue was debated heavily at the April meeting of Laois County Council.

"The biggest worry is the housing threshold in Laois. We wrote to the Minister, it's a huge problem. I am disappointed to see the target set of just 38 affordable houses over the next five years.

"Anyone earning over €30,000 to €40,000 or a married couple with three children have no hope in Laois. This is a huge socio economic issue that is going to affect us all. Shops and factories won't be able to get people to work," Cllr Fitzgerald said.

"Deputy Brian Stanley was told that an examination of the income limits was completed at the end of 2021. The Minister is considering the findings and expects to propose changes shortly. There has been a blatant attempt to distort housing waiting list figures.

"Incomes are assessed on the previous year, it doesn't seem fair. One applicant referred to our office has six kids, one in college, on social welfare paying high rent but cannot access HAP and were given notice because they are in rent arrears. To me it is ridiculous that they were refused access to the housing list. We are going to have homeless families with all the ensuing costs," Cllr Mullins predicted.

"I agree that the biggest issue is the income threshold. It's anti-work. If you are young with a family you are better off looking up at the stars. Don't go to work and make sure your partner doesn't.

"We as a nation always appreciated the people who worked and got up early. Work now and you will not get a house. If you go to the bank you do not earn enough. We have to sort it out," he said.

Fine Gael Cllr Willie Aird urges all 19 councillors to "unite and try come up with some plan".

"Please do something rather than just talk. Oliver said what we are all thinking. If you want to get a house from Laois County Council you have to give up your job. That's the reality. It's mind boggling, astounding and it's the truth," he said.

"I don't know what kind of society we will have. I think it's not a good idea. The only answer we have, I know it's embarrassing to say to people you shouldn't be working if you are looking for a house. We have to find a proper concrete solution," she said.

Cllr Paschal McEvoy said however that "things are not looking to bad" for people on the waiting list in Laois.

However he agreed about the income limit, and said that 38 affordable homes over the next five years was "an insult".

"I really don't want to say 'give up work' but if you are earning €35,000 you are at nothing. I live in Stradbally and a mile down the road in Athy you can earn €6,000 more, it makes absolute nonsense," he said.

Meanwhile Fine Gael Cllr Aisling Moran is unhappy that "after one year you can buy the house and take from the housing stock".

The Cathaoirleach Cllr Conor Bergin said they all speak "with one voice" on the issue.

"We want to address this directly to the Minister and no-one else," he said.

"We'll go up the 19 of us, we'll go to Dáil Éireann and get our three TDs in the Dáil to look for a meeting," Cllr Fitzgerald said.

Director of Services for Housing Angela McEvoy said "I don't disagree about looking to meet the Minister".

There are 1,761 names on the Laois social housing waiting list.  There are 507 social homes under construction to be built by 2023.