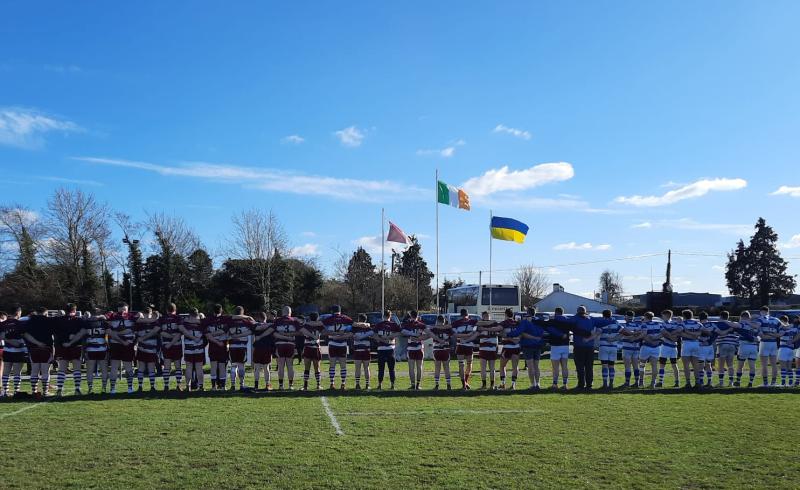 Portarlington extended their unbeaten season by defeating Athy in the first round of the seconds towns cup on Saturday. Having just won promotion from Division 3 going undefeated in their league camapign, Portarlington would have been favourites against Athy's second team coming into the game.

As Portarlington were in Division 3 they defaulted into the seconds towns cup as opposed the the Towns Cup itself. Portarlington hosted a reception for the local Ukrainian community before the game and with the Flags of both countries proudly flying, both teams stood for the Ukrainian anthem which was played over the clubs outdoor speakers.

Both teams were evenly matched throughout the first half and Port found if difficult to break town a strong organised and young Athy team. That break through came after 15 minutes with Ross Doyle  going over for  try, which Nicolas Doggett converted. Athy responded from the kick off with number 8 Conor Martin powering over from close distance

Athy's back 3 of Killian Horgan, Kevin Maher  and David Downey were dangerous on the counter attack and Port struggled to maintain some of the pressure that was being applied. Darren O'Connor responded with a try for Portarlington after about 30 minutes, after excellent pressure from Ports pack, to leave the half time score 12-5.

Late try knocks Portlaoise out of the Provincial Towns Cup

Immediately from the kick off Athy scored with centre Mark Braithwaite dotting down under the posts. Portarlington realised they were in a battle and responded well.

Darragh Perry was lost through injury in the first half and was a set back back for Port, but Adam Kelly who started on the wing moved in and he scored a wonderful solo try after beating numerous defenders with a dummy and scored under the posts. Doggett converted and like all season he was on top of his game.

Robbie Piggot in a man of the match display scored a brilliant solo try next, chipping over the defensive line, regathering and dotting down for a super score. Stephen Mulhall, who also had an excellent game put the icing on the cake, and after being stopped short on a  number of occasions eventually scored the final try of the game.

Next up is Kilkenny at home on the 26th of March. Meanwhile the seconds play Midland Warriors (Moate) in the metro Div 10 final this Saturday in Lea road. 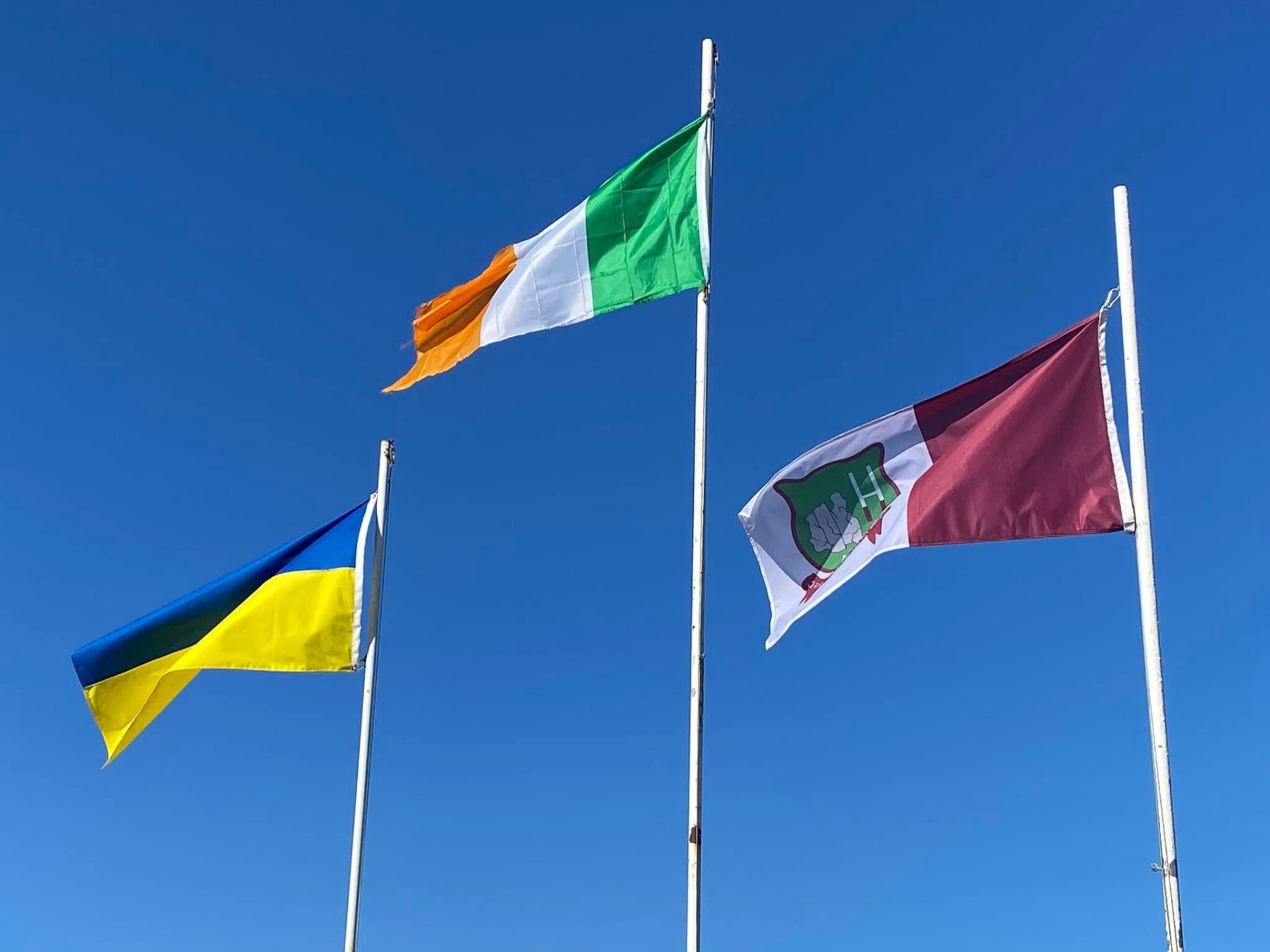