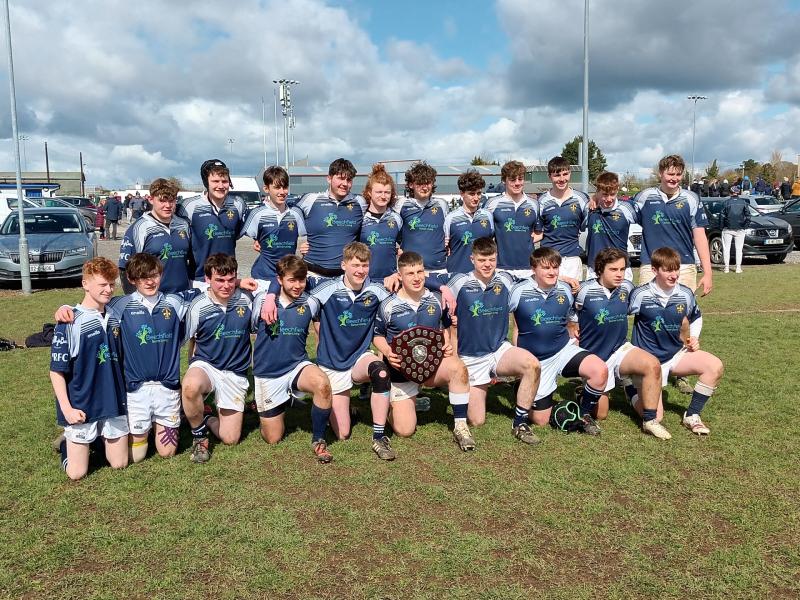 PORTLAOISE RFC U18 travelled the short distance to Athy for Leinster League final on Saturday and returned home with the title after a resounding victory over Enniscorthy.

From the start they attacked the Enniscorthy line and with the early pressure they flashed the ball across the backline for Mikie Daly to score out wide after just three minutes, the conversion was just wide to give them an early 5-0 lead.

Straight from the restart Enniscorthy pinned Portlaoise back inside their 22 where, from a lineout maul, they drove them back to the line. After a number of rucks, the big Enniscorthy pack crossed the line to level the score. Portlaoise went straight back up the field and, when the ball was released to Darragh Davies, he used all his strength to drive defenders back all of 15 metres to cross the line and put his name on the scoreboard.

Matthew Coonan was successful with the conversion to leave the Laois side with a seven point lead. Shortly after, Portlaoise won a scrum on the halfway line. The ball was passed out the backs to Ciaran Culleton who made great ground to score under the posts.

Coonan again added the extras to give them a 14 point lead. Enniscorthy needed to stay in touch and only some great tackles by Corey Bartley, Glen Connolly and a belter from Brian Keane kept them at bay. But too many penalties conceded kept Portlaoise pinned back in their 22.

Just before half time the Wexford side crossed for a five pointer to leave the score 19-10 at the break. From the restart, Culleton fielded the kick off and offloaded to Connolly who has been working on his sidestep in recent weeks. The dividends paid off and he made 60 metres down the field before he was tackled.

From the resultant ruck, the ball was flashed across the backline from right to left for James Kidd to score in the corner. Three minutes later, Kidd was on the scoreboard again. This time he fielded a clearance kick and weaved his way through the defenders untouched to get another five pointer, 29-10 to Portlaoise.

Some bad decisions in their own 22 led to a lot pressure on the Portlaoise defence but a superb tackle by Bartley led to a turnover when Sean Ward gained valuable ground down the field. From a resultant scrum, Dara Phelan won the ball against
the head. Ward picked and it was left to Connolly to score under the posts. Coonan kicked the extra two to leave the score at 36-10.

The restart was not dealt with well and Enniscorthy were quick to go over for their third try. Not to be outdone, Portlaoise attacked again, Culleton unlucky not to gather a cross-kick from Coonan. But from a lineout, Ronan Donlon won the ball and it was left to Connolly to go over for his second score with Coonan converting.

For the second time, Portlaoise didn't deal with the restart and the Wexford side were quick to capitalise with another score.
With the bench emptied, Portlaoise were still in the right areas of the field. From an Enniscorthy lineout in their own 22, Marc Bracken came from nowhere to intercept a pass and stroll across the line to put a final gloss on the score, 50-20 to the Togher side and start the celebrations.

Next week Portlaoise will take on the same opposition in the semi-final of the Leinster Plate competition. 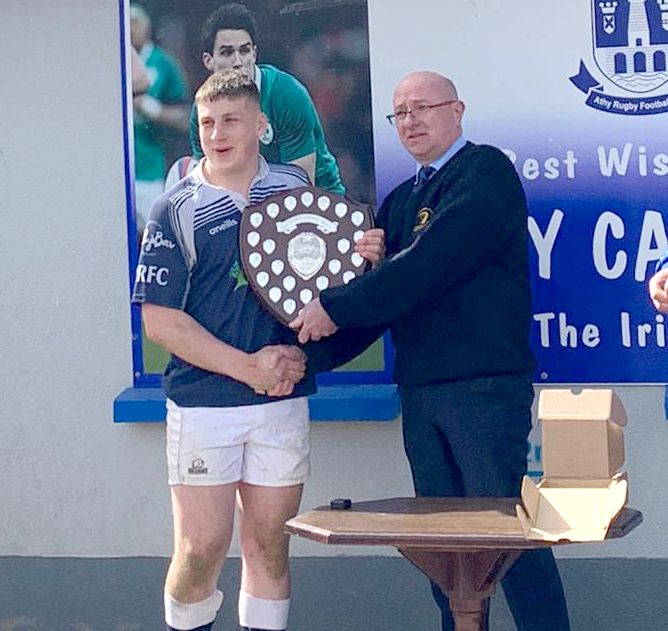