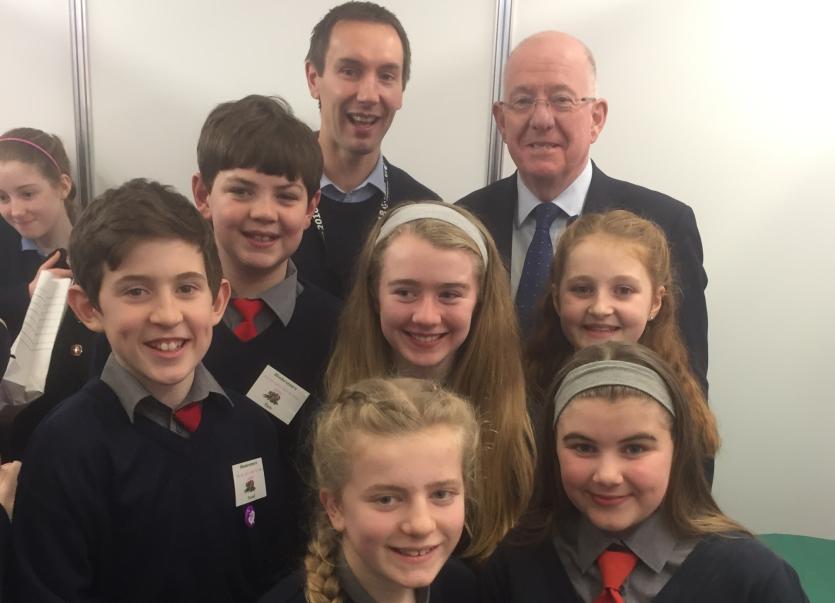 Timahoe schoolchildren wowed the judges and visitors with their important project investigating how to halt the spread of the invasive rhododendron tree, at the RDS Primary Science Fair 2018.

Using substances like vinegar, coke and buttermilk, they had experimented on rhododendren samples, with their project 'Rhodorunners- Can we call a halt to their gallop?', getting plenty of attention at the fair.

Timahoe NS has exhibited at the prestigious event seven years in a row. 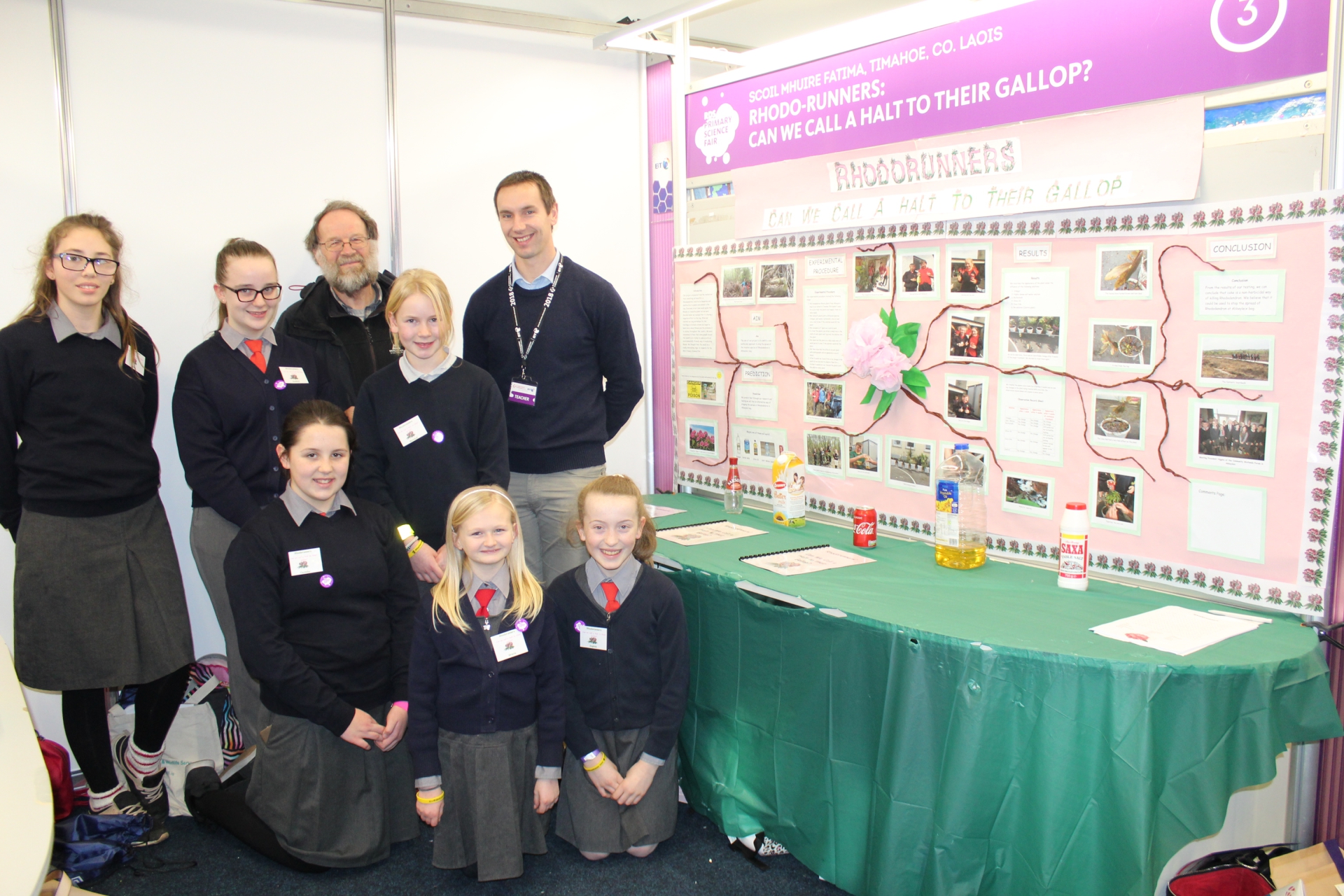 The adjudicators’ comments reflected the huge amount of work gone into the project.

Minister for Justice and Equality Charlie Flanagan congratulated the children on their efforts and said “It was such a clever idea and the results are extraordinary”.

He told the children “you have made my day” and said that the research would have to be shared with An Taoiseach Leo Varadkar, and Kerry TD Danny Healy Rae where the plant is a huge problem.

"It is fascinating, the solution has been found by the girls and boys of Timahoe NS in county Laois," he said.

Jim was delighted to see the children “research such a critical ecological issue”. He also noted that Abbeyleix bog was getting significant exposure from the study. He congratulated the children and said he would be “sharing the results at the next Technical Advisory Group meeting”.

Principal Ann Bergin is very proud of her students’ efforts.

“They have worked extremely hard on the project and benefited from a hugely enjoyable learning experience," she said.

"This is an amazing feat considering only one hundred and twenty schools in the country qualify for the event. The seven years of scientific exploration for this event have thrown up a diverse range of topics ranging from worms to weather; exercise to eskers;  hurleys to harmul bacteria,  but this year’s entry was all about the preservation of Abbeyleix bog," said teacher Martina Mulhall.

The aim of the project was to identify a non-herbicidal approach to stop the spread of the invasive Rhododendron plant in the bog. The children carried out their research under the guidance of Chris Uys, a member of the Technical Advisory Group on the Abbeyleix Bog Project.

The children had great fun transplanting rhododendron plants from the bog to the school which enabled them to carry out regular testing and observation. They also received advice from local environmentalist Una Halpin. Last May they presented their project to President Michael D Higgins at the Community Wetlands Forum in Abbeyleix.

The Primary Science Fair is run alongside the BT Young Scientist and Technology Exhibition and ensures that the projects are exposed to huge audiences. 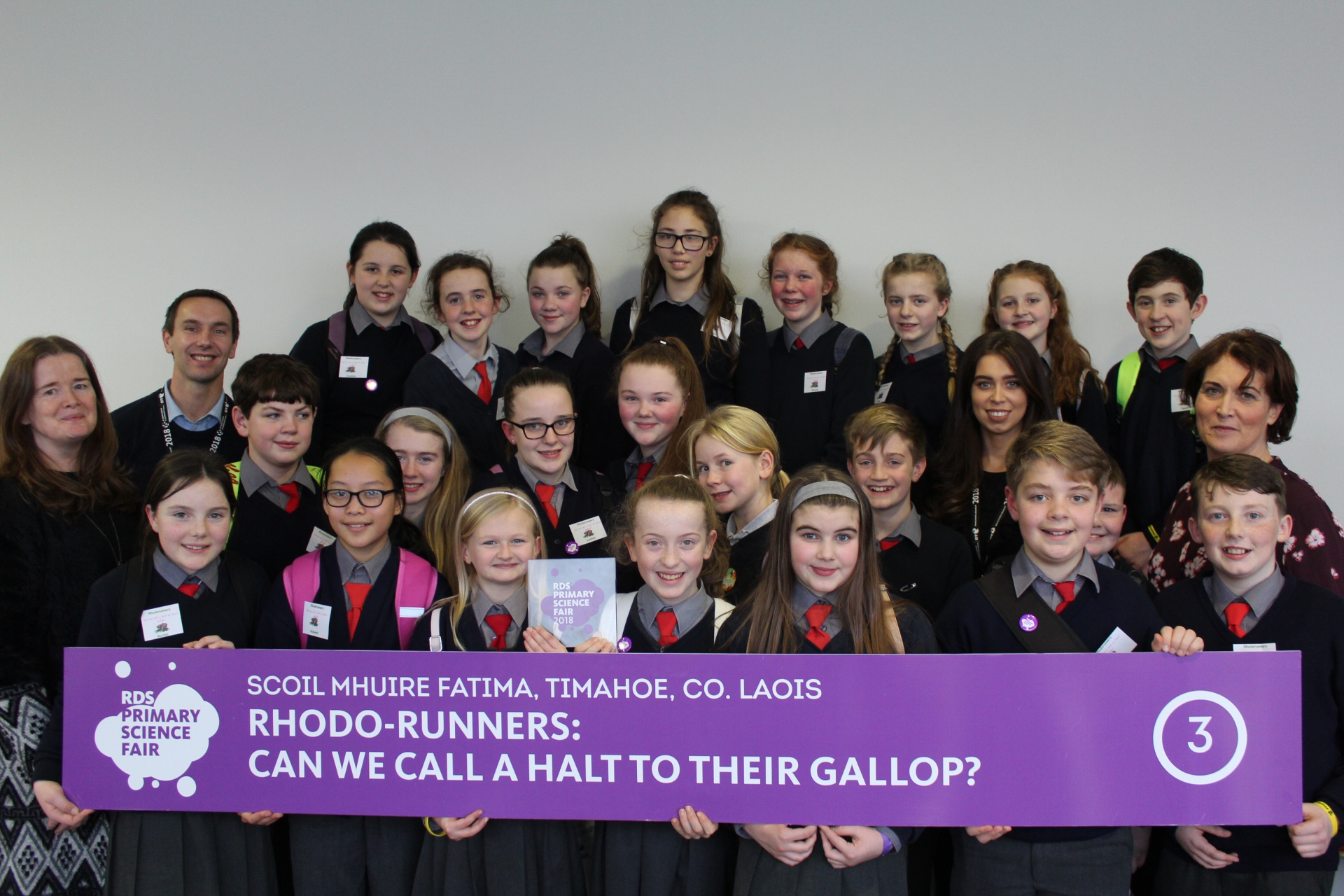