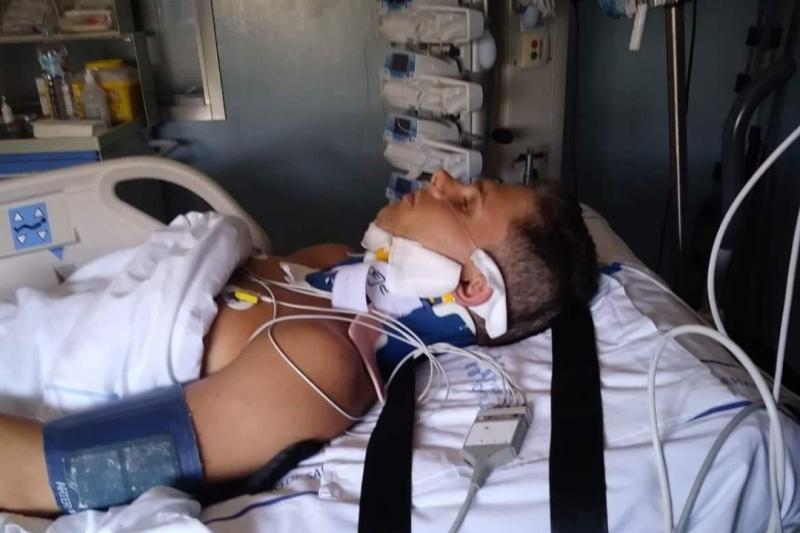 Daniel Wolski in a Tenerife hospital after his fall.

A Portlaoise school is holding a fundraiser on Friday September 7 in aid of a past pupil who has been seriously injured abroad.

Daniel Wolski, 20, from Portlaoise has been paralysed after he lost consciousness and fell from a wall while on holiday in Tenerife.

Daniel who was born in Poland but moved to Laois as a child, was flown home on Saturday September 1 after a month in intensive care. He is in Beaumont Hospital, awaiting a bed in the National Rehabilitation Hospital.

An online fundraiser started by his Portlaoise girlfriend Sara Łukaszewska, is underway to pay for rehabilitation treatment, and stands at €20,000 with a target to raise of €30,000.

They both work at the Killeshin Hotel, which is also fundraising for Daniel's treatment.

St Mary’s CBS in Portlaoise will hold a non uniform day on September 7, with each student donating at least €2, while staff will donate at a coffee morning.

Maura Murphy is principal.
“We, along with many other organisations in Portlaoise, are showing our support to Daniels 'Bring him home' campaign. All proceeds will go towards bringing Daniel home," she said.