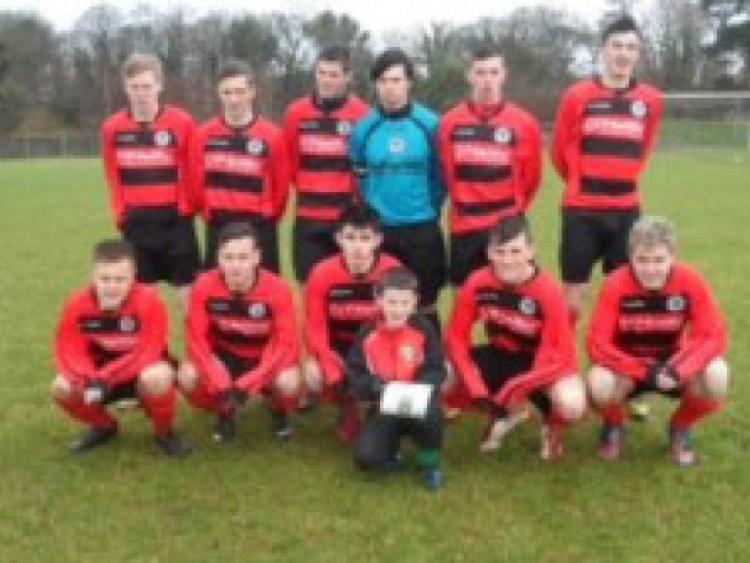 The Combined Counties Football League Youth squad had a tough away game in the last 16 in Donegal but came away with a memorable win that sees them into the quarter-finals of the competition.

The Combined Counties Football League Youth squad had a tough away game in the last 16 in Donegal but came away with a memorable win that sees them into the quarter-finals of the competition.

Three goals in an excellent first-half display set the CCFL side on their way to a memorable win with Gio Russo rounding off a superb individual display by completing his hat-trick in the second-half.

With the distance involved in travelling for the game, there was an overnight stay in Donegal Town for the team and management and still a 50 mile bus journey to Rathmullan the next morning.

It was very blustery conditions but thankfully the rain stayed away for the duration of the game. The surface was in excellent condition which allowed for a good passing game by the away team.

They imposed their style on their hosts from the kick off and this paid off in the sixth minute when left-back Eoin Smith finished expertly after a great passing move involving Shane Tierney and Jamie Fahy.

The CCFL were playing all the football and it was no surprise when the second goal came with 26 minutes on the clock. Another great passing piled the pressure on the home side and forced Donegal centre back James Kee to lose control of the ball in the penalty box. Gio Russo was on hand to take full advantage of the mistake as he pounced to score.

With 34 minutes on the clock it was 3-0 when a Donegal corner was cleared by Portlaoise’s Eoin Fitzpatrick to the halfway line. Jamie Fahy won possession but overhit his pass through. However home ‘keeper Chris Donnell miss-hit his clearance and Russo had a simple tap in for his second goal.

The CCFL then went out of the game and allowed the home team get back into it. A soft penalty was conceded on the 42nd minute which Gareth Docherty fired home past captain Cain Bererton which left it 3-1 to the CCFL at the break.

The second half was a carbon copy of the first with the Combined Counties playing all the football and the home team depending on breakaways to reduce the defecit.

The fourth and game clinching goal came just after the hour mark. Gio Russo was put through by the impressive Cathal Callanan and he hammered home from ten yards out to complete his hat-trick and put his side 4-1 ahead.

That’s how the game finished to send the CCFL through to the quarter-finals. This was a great away win and testament to the great work put in by manager Tony OSullivan his management team and the players.The last eight draw in this competition will take place in FAI HQ,Abbottstown this week and expectations are to reach the last four.

There was no weaklinks in this performance but special mention must go to hat-trick hero Gio Russo,Cathal Callanan,Joe Moloney and Nickey Kelly.