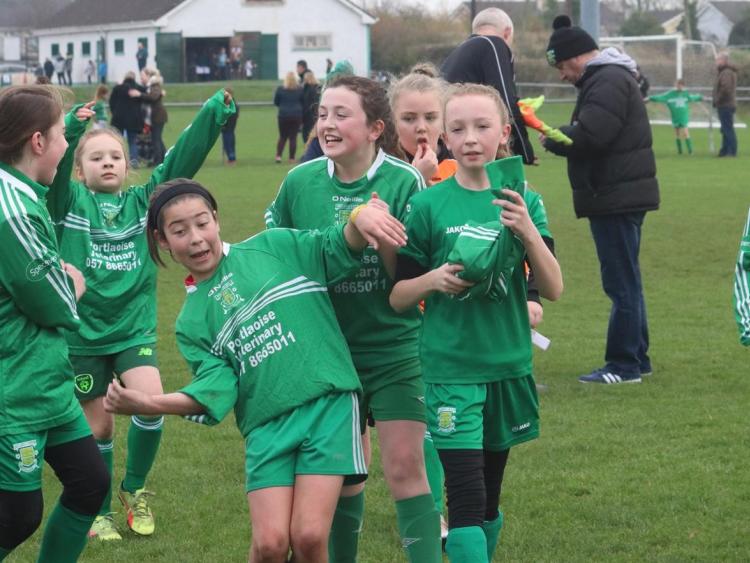 This season will see Portlaoise AFC celebrate their fifth year of girls soccer at Rossleighan Park. It has been a fantastic journey, not without its bumps of course.

From day one the plan would be fully focused on the well-being and development of each player. Before a ball was kicked, the club knew that player retention would be a key aspect to maintaining a natural progression.

Rossleighan Park would be the place where they would have fun, be safe, feel included and furthermore, it would be an environment that instigates creativity and learning, a place where fixed mindsets become growth mindsets.

The girls' first year was in the Portlaoise academy. This is where they would learn their trade before stepping into a more competitive environment in the Midlands Schoolboy Schoolgirl League.

In that second year, the club took all 16 girls and entered a league at Under-14. It was a huge learning curve, and the learning process would be in full effect for the next few years.

During the third year, more girls began to flow into the Academy system with an age range between 7 and 10. Three more girls joined the U14 set up and a real sense of team spirit and responsibility began to develop.

The introduction of an U16 team arrived in their fourth year, as many of the academy graduates moved into the U14 set up. Just last year, the numbers of girls at Portlaoise AFC was at 83 as the club introduced an U12 team to the MSL.

Getting the right coaches and the right people involved has been vital to the progression of the girls section of the club. The team of Dave, Joe, Jimmy, Maria and Paul have put in a lot of hours over this period.

All of these coaches bring a blend of life, work and in game experiences and education to the training ground. It’s not easy being a teenager in these times and coaching positions are voluntary, but there is no better feeling than knowing that you can make positive impact on a young person's life.

Just last May, the U16 girls made the shield final only to fall at the last hurdle to Bealnamulla, while the U12s lost their shield final in the dying minutes in an agonisingly close game against the Swans.

The signs are there that these girls are maturing both on and off the pitch and success is not far off.

Girls soccer at Portlaoise is more than soccer, it is an education whereby players can learn skills to challenge themselves outside of training. It’s about development and not the game result.

Here's to another fantastic five years ahead and beyond.