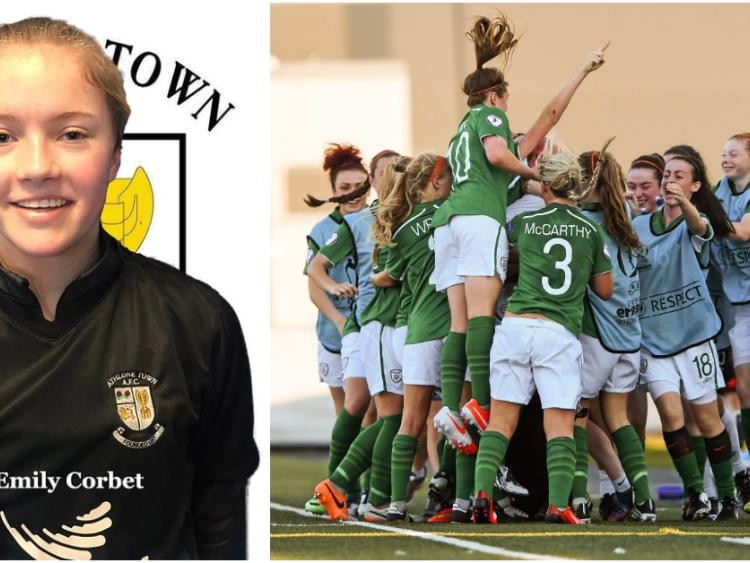 The Republic of Ireland Women's U17 side will play two friendlies against Iceland this weekend, and Laois striker Emily Corbet has received a late call-up to James Scott's squad.

A younger sister of current Laois senior footballer and former League of Ireland goalkeeper Niall, Emily is set to continue the family's proud sporting tradition by pulling on the green of Ireland. An established player on the Athlone Town roster, Emily is also an accomplished gaelic footballer and basketballer will her local clubs in Clonaslee.

She collected a Laois Junior football medal with Clonaslee last September, scoring 1-1 in their 7-12 to 4-3 final victory over Ballyfin at O'Moore Park before slotting another goal in the Leinster Championship defeat to Grattan of Longford.

"The squad and staff are really looking forward to the games against Iceland. We played against them twice last year in Iceland and they proved to be excellent opponents, so it will be a very good test ahead of the Elite Qualifiers in March," said Scott.

"Over the last few months, there has been National Training days and now we have selected 20 players for this double header friendly. Five of the players are still eligible for the Under-16s and Jessie Stapleton will make her debut at Under-17 level.

"Our base for the friendlies will be Waterford and this will also be our venue for the Elite Qualifiers. We will be able to familiarise ourselves with the stadium, hotel and training ground. We would like to call on the local people to come support the team in what I’m sure will be two entertaining games."

Republic of Ireland Women's Under-17 Squad: