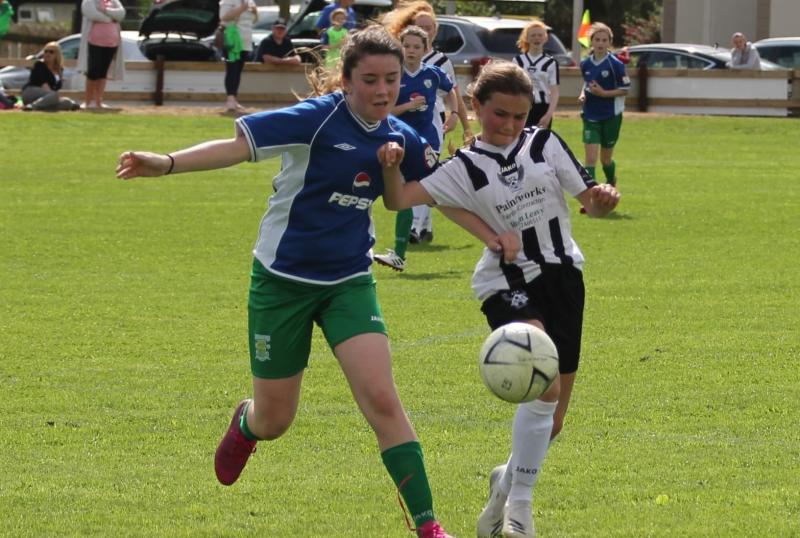 Portlaoise u14 girls travelled north to play The Real FA Swans in Killucan on Saturday afternoon. With both teams coming off league wins from last week, It promised to be a fantastic match.

Once the match got under way the Swans marched through the center of the pitch to score one of the fastest goals of the season. A strong start by the Swans put Portlaoise on the backfoot and on 13 minutes The Swans were 2-0 to the good with another excellent finish.

Emily Bawa came off with a knee injury as the scoreline jolted Portlaoise into action. Sally Morgan, Keelin Moore and Leah Brennan were introduced and Holly Murphy struck her first of the season running in from center mid. Maisie Kerry, who was covering the ill Ciara Breslin did a fantastic job and added to the scoreline to make it 2-2 after 21 minutes.

Elizabeth O'Conner was busy on the wings and Saoirse Carroll arrived in defence for young Ava Donovan. Portlaoise had their tails up now and Niamh Dundon came on from the bench to immediate impact powering a low drive in from the left to make it 2-3 to Portlaoise.

The referee attempted to let the game flow but the game was becoming a real physical battle and many obvious decisions were not called back or even recognised. Just after Dundons goal, Aoibheann Bourke finished a great move to make it 2-4. An incredible come back! The Swans were not finished however and before half time, a fantastic free kick was smashed home to make it 3-4 to Portlaoise. Aoibhin Moran came on for Bourke before half time and almost scored but the fifth goal never came.

The second half was a string of dubious decisions and injuries. The game got incredibly physical as the Swans looked to equalise. The referee was oblivious as to where to draw the line as Sally Morgan, Emily Flynn and Lucy Moran came off injured. Swans players also came off through injury. Whilst there was no intent to harm from either side, the game was let flow out of hand with no real boundaries being implemented by the referee.

The Swans pushed hard for an equalizer. Anna Keegan rolled back on and caused some alarm in the Swans defence in a stint up front. Moya Ramsbottom and Layla Mcgonnell also arrived on and did a fantastic job on right mid and right back. No goals in the second half and the match finished 3-4 to Portlaoise.

Doireann Brennan with some world class saves. A tough result for the Swans as they pushed hard in the second half but Portlaoise, despite the loss of Emma Francis, O'Meara & Breslin had enough resilience through the panel to gain the three points. Next week, the Portlaoise panel will be called upon once again seven girls in green will celebrate their confirmation. 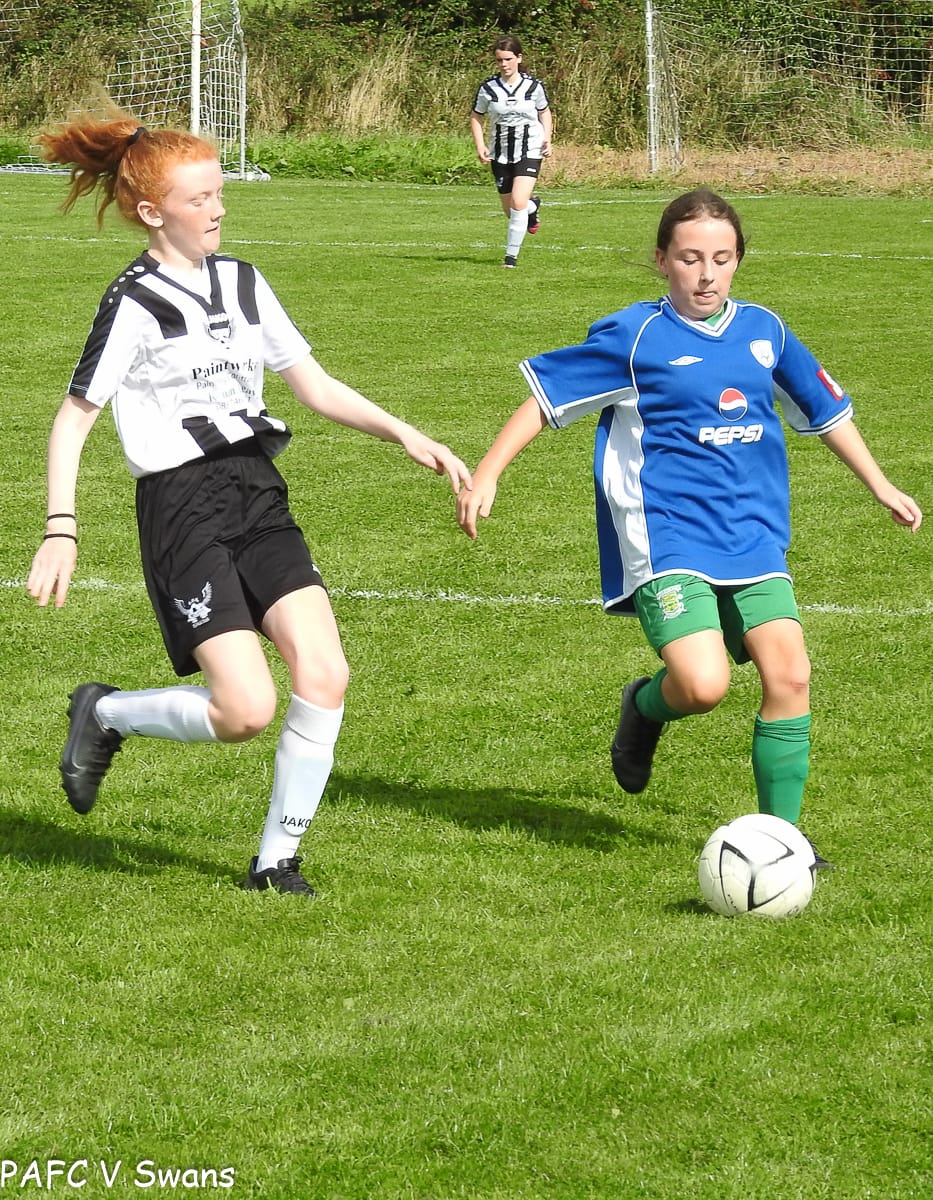