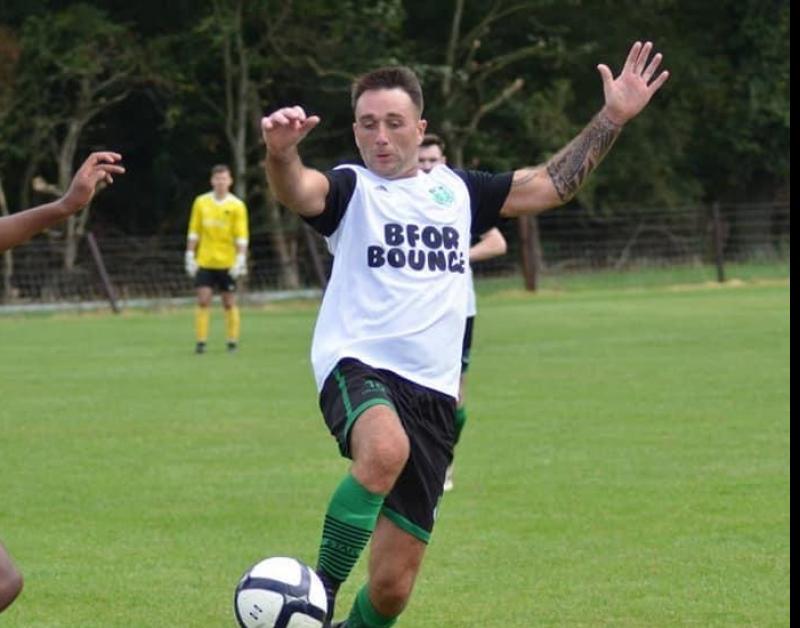 On what was a beautiful morning for football, Willow Park B travelled to Stradbally for the home sides first game of the season in Division 1 of the CCFL. It was Willow Park who started brightly, opening up the Stradbally defence on a couple of occasions but to no avail.

On the third time of asking they finally made the breakthrough after some good wing play down the right hand side the Willow Park winger cut back a ball from the end line for their centre forward to finish. Stradbally struggled to get a foothold on the game during the first half and never really tested the away keeper. Half-time arrived without any other real chances of note.

Stradbally Town made two changes at half time introducing Podge Fitzpatrick and Ciarán O'Neill. The pair combined almost immediately with O'Neill unfortunate to slip when almost clean through on goal. O'Neills pace was causing havoc for the Willow Park defence as the Stradbally midfield started to get a foothold on the game.

A fantastic cross from Justin Lalor created Stradbally's first clear cut chance but substitute Derek Beale's diving header went just over the bar. It was a through ball from Lalor to O'Neill that brought about the eventual break through for Stradbally Town.

As O'Neill controlled the pass he was brought down in the box resulting in a penalty. Derek Beale calmly dispatched the penalty to level things up after 75minutes. Stradbally were well on top at this stage and in the 80th minute Derek Beale ran on to a ball from his own half and chipped the Willow Park keeper with a great finish from all of 40 yards. The home side were firing on all cylinders now and this time it was O'Neill that broke free and calmly slotted home Stradbally Town's third of the day in the 82nd minute.

The visitors were unlucky not to score a couple more in the first half when they were on top but they will take many points throughout the season with a talented young side.

For the home side an overall battling performance and they were happy to come away with the three points. An early show of strength in depth for Derek Beale and his management team with some forced squad rotation due a number of players missing.