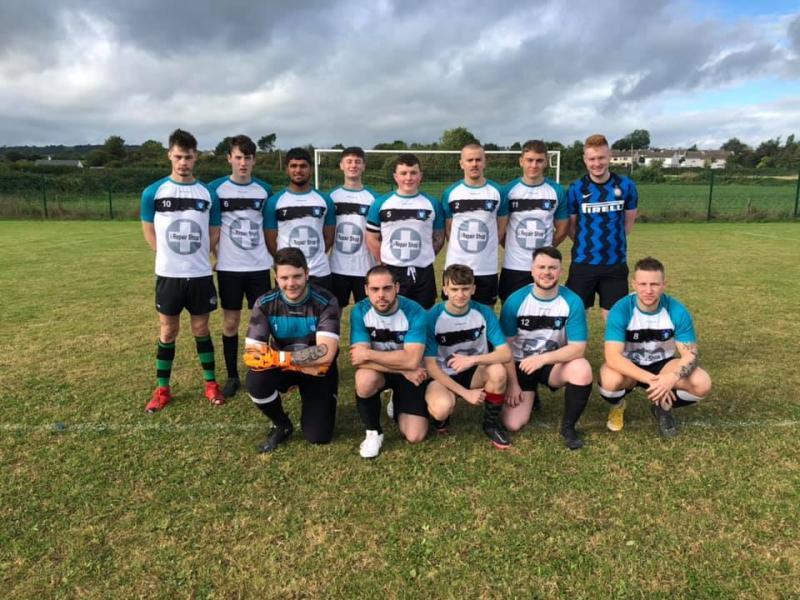 Portlaoise Rovers and Midlands Celtic met in Ballylinan on Sunday morning, with the Rovers men coming out on top thanks to a clinical display up front from Aaron Keane, Aaron Lynch and Will Boland. Midlands Celtic will feel that if they could have converted at least one of their goal chances in the opening stages of the second half, they might have took something from this game.

The home side got off to the dream start, as midfielder Conor Dwane saw the run of Aaron Keane ahead and played him through on goals, and Keane cooly finished to the net.

Portlaoise Rovers remained on top for the next ten minutes, as their workrate off the ball allowed them to regain possession anytime they lost it. Ross Holmes and Ronan Corr were very composed in the backline and picked out a few nice passes.

Keane's second goal arrived not long after his first. Keane again found his way into the Midlands Celtic penalty area thanks to some slick dribbling and found the same bottom left corner as he did first time.

When that second goal went went in, it appeared to wake the Midlands Celtic team up and they were the better team for the rest of half. Ciaran Loughlan and former Laois Senior footballer Craig Rogers began pulling the strings in midfielder and Rovers struggled to cope.

The away side got the reward for their efforts with ten minutes to go until half-time. Aidan Keenan latched on to a through ball and rounded Rovers keeper Colin Fitzpatrick before dispatching to an empty net.

This goal was pivotal for Midlands Celtic and seemed to turn the momentum in their favour. Colin Fitzpatrick was forced to make a few saves before half-time for Rovers, and that helped them hold on to a 2-1 lead at the break.

Midlands Celtic continued in their pursuit of an equaliser after the interval, but they lacked that clinical edge up front and that cost them in the end.

With around twenty five minutes to go, Portlaoise Rovers grabbed a third goal against the run of play. Will Boland played a beautiful pass to Aaron Lynch, who took it down and finished low into the bottom left corner.

Rovers played the better football for the rest of the match and Will Boland finished off proceedings towards the end. The left winger took it past a few challenges before striking a bullet into the top right hand corner of the net.