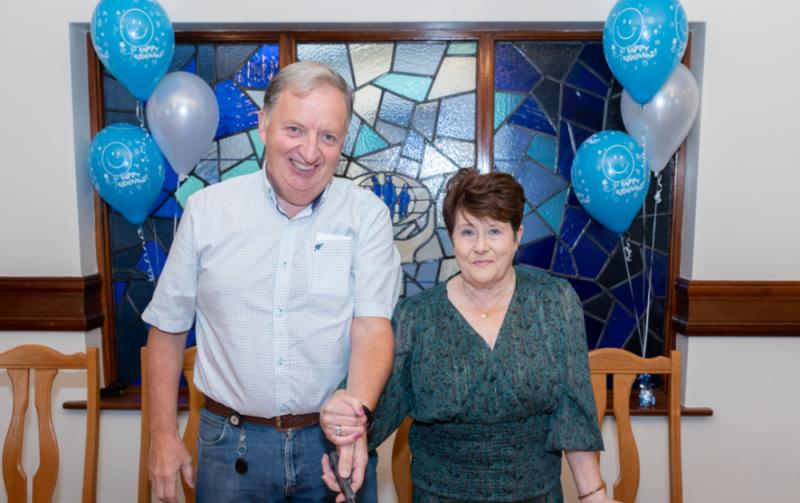 Michael McEvoy had his last day in the office as CEO of Portarlington Credit Union on September 17, 2022. While planned well in advance, the day was an emotional one for Michael, his family, his PCU friends and colleagues both past and present, Members of PCU and those from the wider credit union movement. The love and respect for Michael’s 40-year involvement with PCU was very clear from those family, friends and colleagues who called in to wish him well on the day and in the lead up to his retirement. 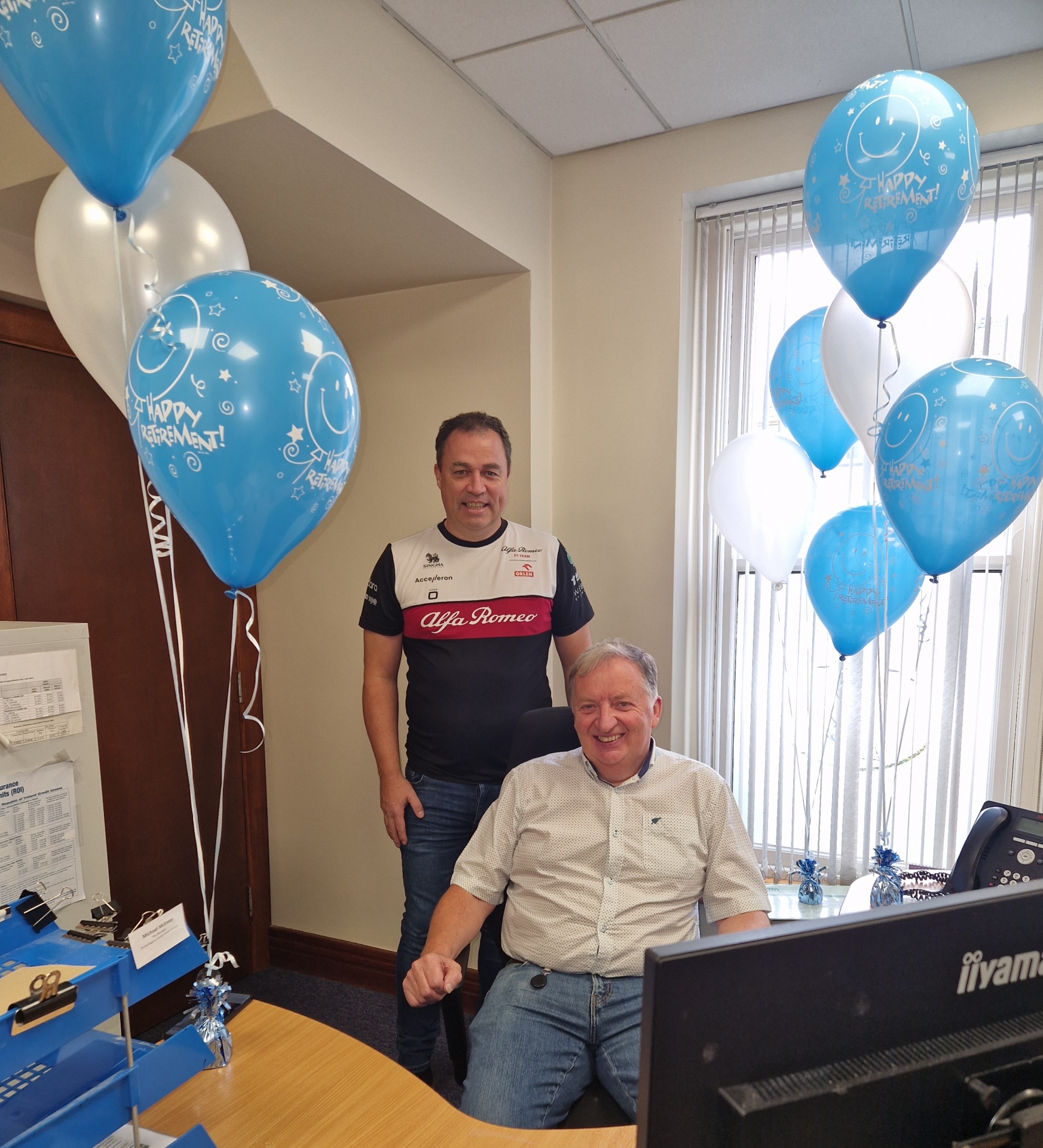 Michael’s history with PCU began when he joined PCU as a volunteer in 1982 while working full-time at Bord Na Mona. He then served on the supervisory committee and governing board of PCU for 24 years before applying for and being appointed to the position of Manager in 2008. During his time on the Board, Michael served as Chairperson for five financial years, Treasurer for 10 years, Secretary for 2 years, Supervisor for 5 years and on numerous committees over the years. From the beginning, he was an active contributor to the work of the Board which continued throughout those 24 years and he made many friends along the way. 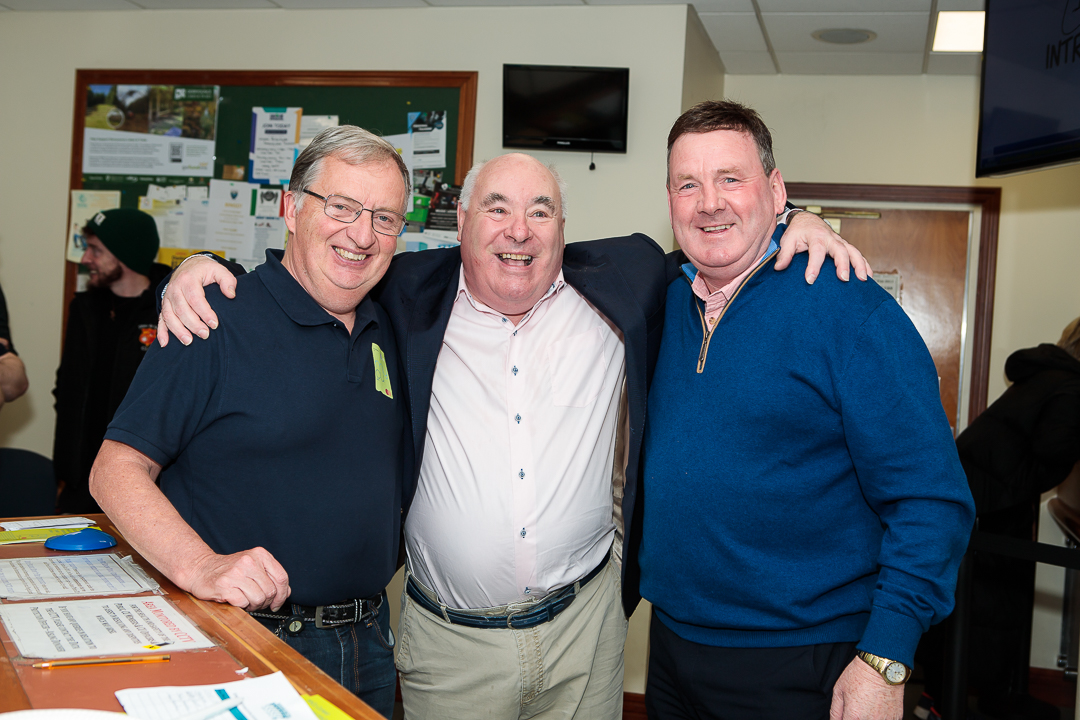 Michael particularly enjoys catching up with these long-standing CU friends at the annual Credit Union Day tea and cake gatherings at PCU. We are sure that he will enjoy them even more now that he can come himself and just relax and enjoy the chat over tea with no pressure to go back to work.

Moving from a governance role to full-time Manager of the operations side of the business in May 2008 was a challenge which he embraced with the commitment and enthusiasm he has been known for throughout his 40-year relationship with PCU. With Michael’s operational leadership, PCU was able to meet and overcome a number of significant challenges on behalf of its loyal Members. 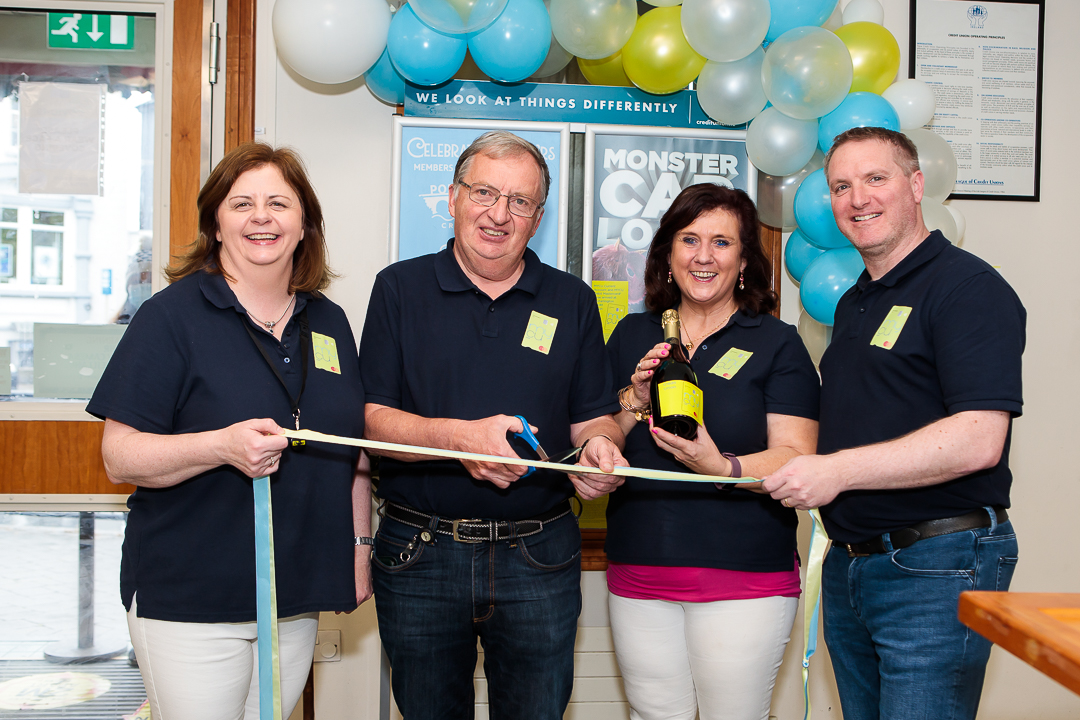 He began his time as Manager in the middle of the biggest International Financial Crisis of a generation which developed into the Irish Banking crisis in 2008. Under Michael’s operational guidance, and with strong governance, PCU continued to engage with its members professionally throughout the recession that followed and with a distinctly supportive approach to member service in those very difficult times for many people in our community between 2008 and 2015.

One of the many outcomes of the 2008 banking crisis, was a regulatory review of the financial services industry as a whole which included a complete overhaul of how all credit unions were expected to operate from 2012. This meant enormous changes for credit union governance and operations and Michael’s strong operational leadership ensured that all this was completed with minimal disruption to member service. His professional, friendly and approachable manner with volunteers, colleagues and Members made the transition as painless as such a major change could be.

One of the regulatory changes which came in at that time was the change in title from Manager to CEO, which Michael never liked! The COVID-19 pandemic presented unprecedented challenges for all PCU Members in countless ways and, from a PCU operations perspective, presented Michael and his staff with challenges unlike any before. When Members needed a sympathetic response to difficult circumstances PCU responded appropriately.

Throughout all of these turbulent events, Michael’s first concern has always been to deliver on the Board’s commitment that the Members be served as well as possible whatever the prevailing economic or social circumstances. There have been 26 new board Directors during his time as CEO (board currently consists of 9 volunteers at any point in time and there are 3 volunteers on the Board Oversight Committee) as well as several volunteers who serve on PCU committees on an on-going basis Under Michael’s operational leadership, PCU achieved a number of milestones along the way while maintaining a strong culture of member service above all else:

All staff agree that Michael achieved that difficult balance of being a respected boss while always being approachable and well able to engage in the office banter. In fact, he has often been the instigator of much of the office humour, well able to give as good as he gets. 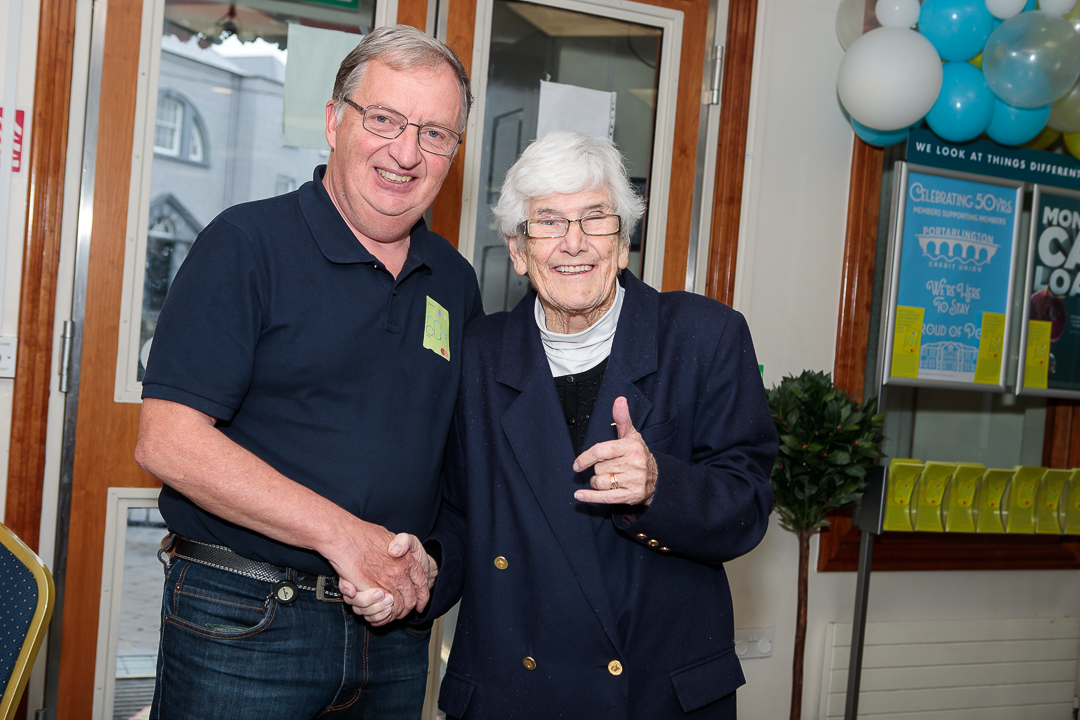 Michael has more than earned his retirement and he leaves behind a strong culture of member service which will no doubt see PCU continue to thrive under its current Board of Directors, Board Oversight Committee and new CEO, Bernard O’Grady, who has big shoes to fill but is also looking forward to adding his own chapter to the PCU story based on the strong foundations he is inheriting.

Every single member of the CU team of staff and volunteers wishes Michael and Brigid a long and happy retirement. 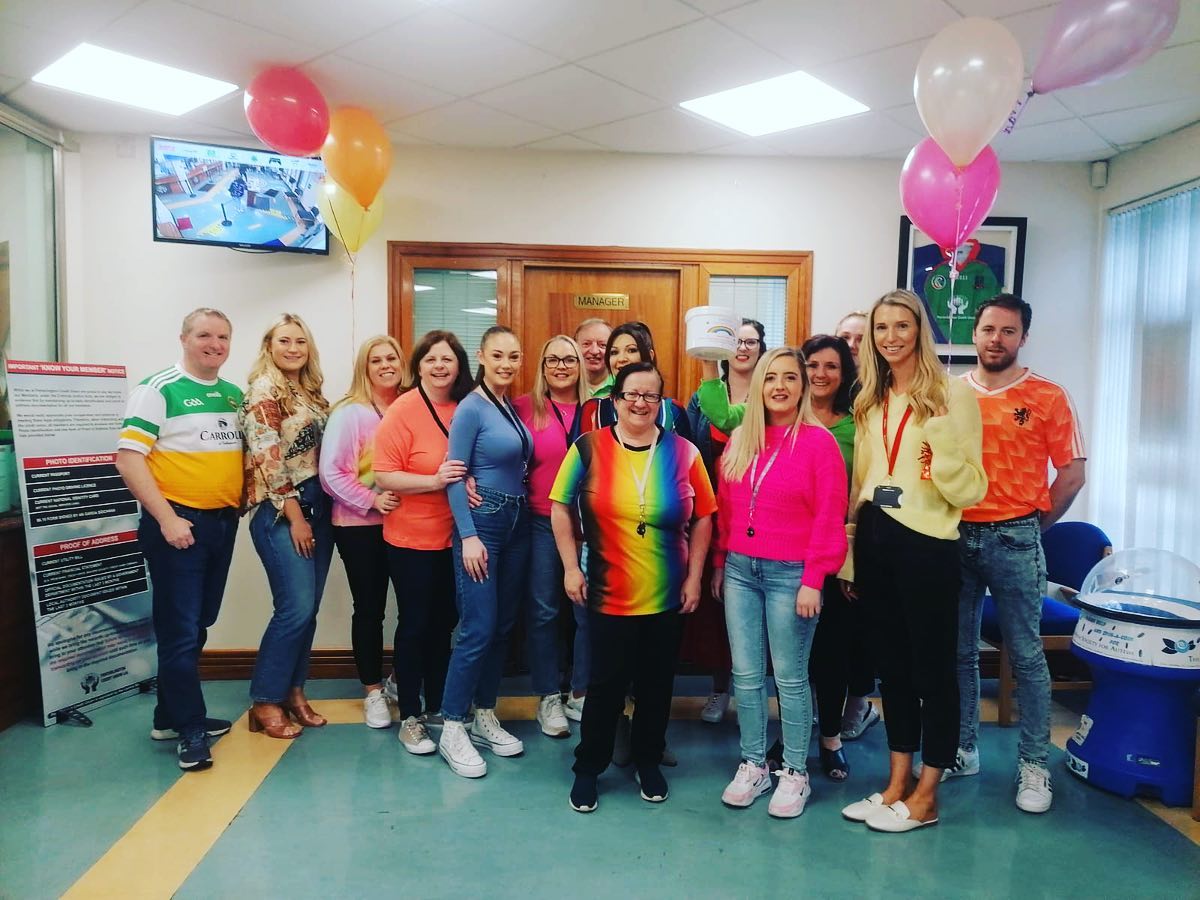 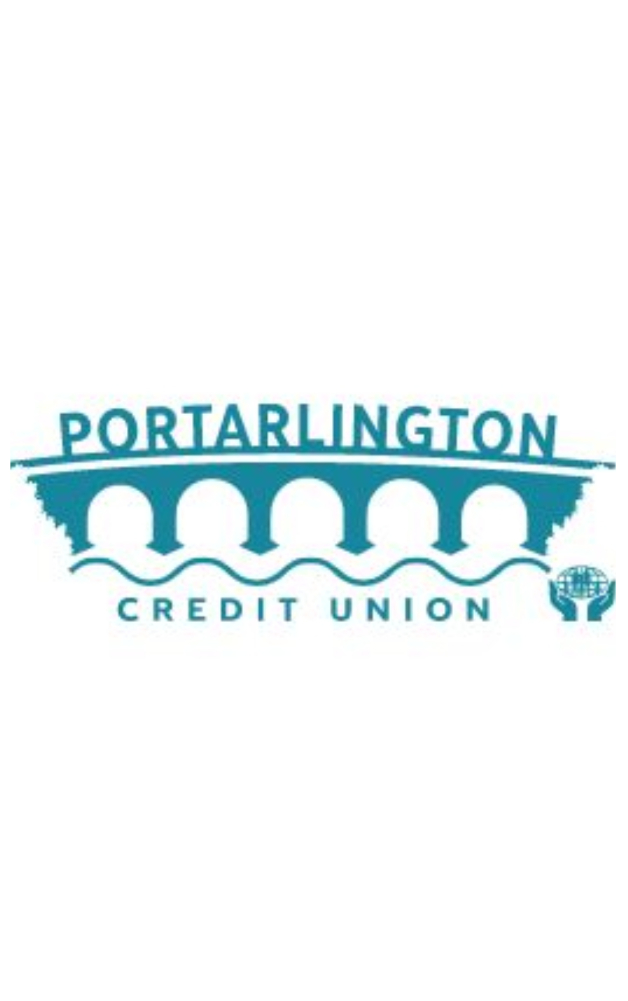