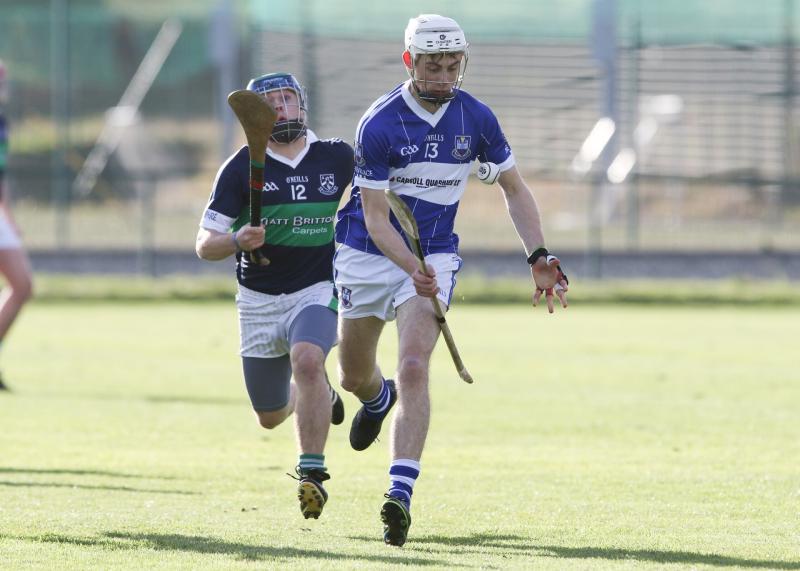 Martin Phelan on the attack for Castletown. Pic: Dave Barrett

Castletown's hopes of Leinster glory were ended at the first hurdle on Saturday afternoon in Bray, as the home side claimed a three point win.

The Laois SHC 'A' champions never really got going, and if anything, the three point margin probably flattered them a little, as they trailed by eight at one stage in the second half. Bray Emmet's experience really stood to them, with this being their third year in a row to compete in Leinster.

Castletown, in contrast, were making their first appearance at provincial level in over a decade, and given how young this team is, it is no suprise or indictment of them that they didn't get the win here against more seasoned opposition.

Bray had beaten Ballinakill in O'Moore Park last year at this stage of the Leinster Club IHC, so they were always the favourites coming into the game.

With a strong breeze blowing across the field and low winter sun to contend with, it made conditions difficult for both sides, but Bray, on home soil, settled the quicker. The impressive duo of Christy Moorehouse and Mikey Lee tormented Castletown all day, and they started early, with a point each in the opening four minutes.

Dylan Conroy opened Castletown's account with a free after that, but all the action was down at the Bray end, and Moorehourse stroked over two frees before Lee got his second of the day from play to see the hosts 0-5 to 0-1 ahead after 15 minutes.

Conroy again replied for Casteltown from a free, but four points on the trot from Bray saw the lead grow to seven as half time approached. Castletown did manage to throw themselves a lifeline before the break though thanks to Gearoid Gaughan.

He won, and then converted, a penalty, and with Dylan Conroy adding another point from play after a lovely move, they were only three behind at the break, 0-9 to 1-3 the score.

Moorehouse pointed a free for Bray on the restart before Martin Phelan hit back for Castletown. James Hooban added another to get Casteltown within two, but Bray's response was emphatic. In their next attack, Cian O'Byrne swept home a goal from close range.

Christy Moorehouse then took centre stage, as he hit four points in a row, three from frees and one from play, as Bray lead by nine points going into the last ten minutes.

Castletown finally played their best hurling at that stage, scoring six points in a row to give themselves a late chance of salvaging something, but they just ran out of time in the end as Bray won by three.