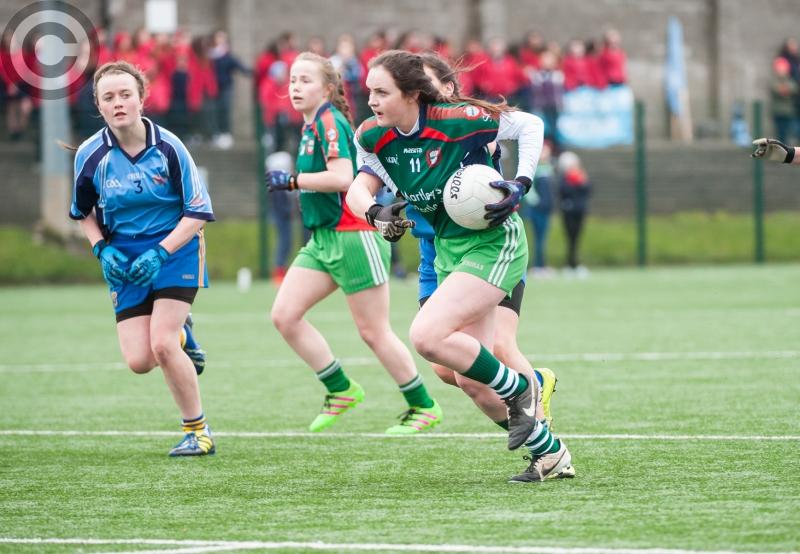 It's unlikely that there was anyone busier on the sporting front in 2016 than Erone Fitzpatrick. A talented footballer, soccer player, basketballer and hurler, she has enjoyed incredible success with Scoil Chríost Rí in recent times. She was a key member of the Junior football team which won the All-Ireland title during 2016, and she also played in All-Ireland basketball and soccer finals with the school. She plays club football with Park-Ratheniska, and basketball with Portlaoise Panthers.

Winning the All-Ireland U-16 schools football final , after coming from the 'C' grade to 'A' in the space of one year.

Losing both the U-16 and minor county finals.

Claire Melia, who is an Irish U-18 and Senior international basketballer, and plays with Portlaoise Panthers. She gives 100% in every match and is the driving force behind the Panthers basketball teams, schools teams, and her international teams.

The Laois senior football final between Stradbally and Portlaoise.

I wish I could have attended the All-Ireland senior football final between Dublin and Mayo.

My coaches with all the teams I play for, and my family.

My goals are to win as much as we can, and to enjoy it and have fun while we're doing it!

My biggest fear is getting injured.

I would like to see all Laois teams doing well, as it's important for younger people to have senior teams to look up to and be inspired by.

Dublin and Tipperary or Kilkenny.