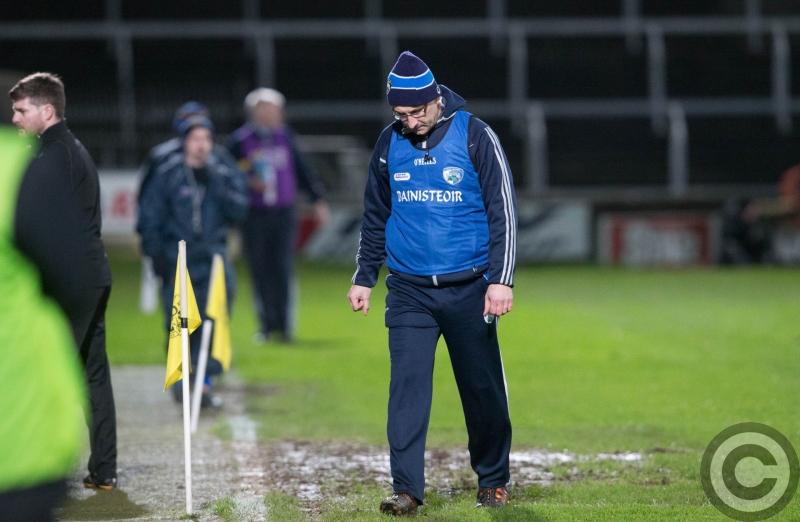 Laois manager Peter Creedon warned his players they were in a 'dogfight' as they look to find form and avoid a relegation battle in NFL Division 3.

Speaking after Saturday night's six point loss to Tipperary, the Cork man cautioned his team that they will have to improve quickly if they are to avoid a second successive relegation.

“We're in a dogfight now and we've got to work harder, Division 4 could be beckoning if we don't get ourselves together and get going” said Creedon.

“Our score difference is going against us. We'll have to get to seven points to be certain, we can still get to ten points of course in the league, and once it is there mathematically, that's what you have to chase.”

While Laois struggled in a number of areas at different times in the game, it was their forward play which most concerned Creedon afterwards. “I'm disappointed to lose any match, but our forward play on the night wasn't good enough, and too many handpass turnovers again.

“We went down 0-6 to 0-1 and probably should have had more points on the board, we showed great resilience to get back into it by half time, and when David Conway got the goal and we got it back to a point we should have really pushed on, but we made some really bad options in attacking play after that, and that hurt us.

“But look, Tipp are a good team, they showed that tonight, we were hoping to keep them to sixteen or fourteen points, which we were pretty close to, but our forward play just wasn't good enough.”

For Creedon, the key to improvement up front is to better use the ball when coming out of defence. “We're conscious as a management team that the one area we need to improve on is the transition from defence to attack, we're not penetrating enough up front.

“We need to get some of the injured players back and get some more pace into the forward line. But look, the lads kept going, and we have to get ourselves ready for Tuesday night now in training and Friday as well and get ready for a tough trip to Sligo, who comprehensively beat Tipp the last day out, I think they were ten points up at one stage and only barely held on.”

As things stand, however, Creedon is unlikely to have any of his injured players back for this weekend's game. “Brendan (Quigley) is on the way back, he'll be back in a couple of weeks but it'll probably be Antrim before we see him.

“Evan O'Carroll is probably looking at Antrim as well, at this stage we'll just have to move on with whoever we have in the league, because those players won't be match fit.