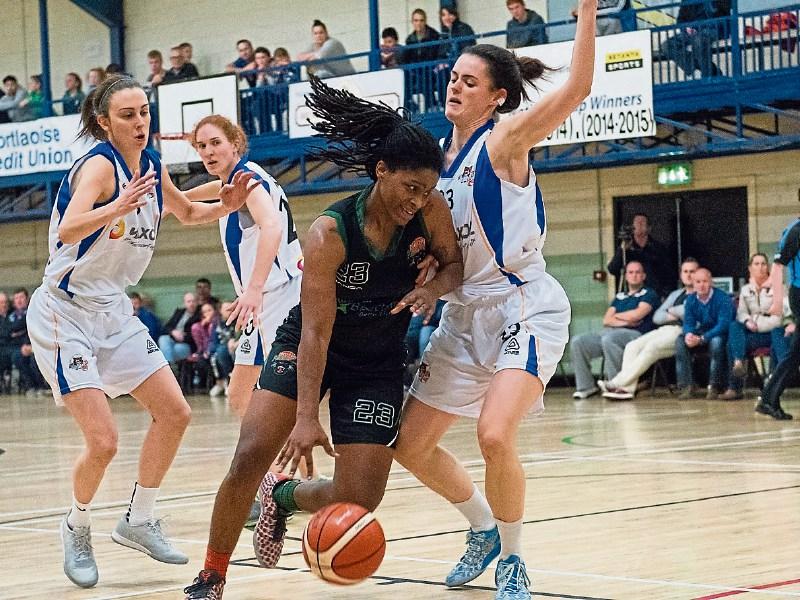 Portlaoise Panthers looked to continue their winning streak last Saturday night against an in-form Liffey Celtics, who themselves have come off back of three fantiastic wins, including taking a scalp off the league leaders and Cup champions Glanmire.

With the Panthers still in contention for a playoff spot and Liffeys looking to pip Glanmire for top spot in the league, both teams had a lot to play for. The game started in an intense fashion with both teams pushing the ball on the break, looking to capitalise off some unforced errors on the defensive end.

Portlaoise matched Liffeys for both pace and accuracy in the opening minutes of the game as both teams traded scores. Maeve Phelan penetrated from the outside, finishing well under the basket, while Catherine O'Sullivan continued with her excellent shooting display in he previous game to match a Liffey three-pointer on the other end from Jasmine Boone.

A timeout midway through the opening quarter allowed for both teams to take a much needed breather, and both emerged visibly settled for the remained of the quarter. Panthers looked to get the ball inside on offense and drew fouls from Aine and Ailbhe O'Connor inside. Despite this, Liffey's took a two point lead in at the end of the quarter.

The home side exerted their dominance on the game in the third quarter as a sloppy five minutes from the Portlaosie team saw them punished on the scoreboard. Liffey's penetrated and dished the ball well on offense which caused all sorts of trouble for the Panthers defensively.

With the lead extended to 23 points at one stage, Portlaosie scored six unanswered points through Catherine O'Sullvan and Claire Melia inside to reduce the deficit to 17 points at the break.

Portlaoise emerged with a zone defence in the third quarter in an attempt to cope with the driving threat of Liffeys. However, three three-pointers in a row from Tiernan and O'Connor forced coach Peter O'Sullivan into a time out in order to switch the defence back to man-to-man.

Despite Liffeys extending their lead, the Panthers were determined to stay in the game and some excellent offensive play from Sterling got the scoreboard ticking over for the Panthers again. They also managed to up the intensity on defence as they forced the Celtics into numberous turnovers, or forced shots and defensive rebounds from Sharon Melia and Deirdre Tomlinson allowed for Portlaoise to push the ball on the break.

However, converting the opportunities was proving difficulty as the Portlaosie team left a lot of open shots behind them and they suffered as a result. Liffeys took a 19 point lead into the final quarter.

Rallying to reduce the deficit Deirdre Tomlinson, Sharon Melia and Sarah Phelan all contributed with baskets in the final quarter, as Sterling exerted her dominance inside. Unfortunately for the Panthers side, Liffeys had too much firepower from outside as each player stepped up to execute from outside the arc, which no doubt resulted in their shot percentage for the game being through the roof as they couldn't miss.

With the outcome of the game in little doubt, Portlaoise should be commended for their never-say-die attitude and although their playoff hopes have taken a hit, they still have three big matches to come before the end of the season.

The team face Brunell this Saturday evening at 7pm in St Mary's Hall.