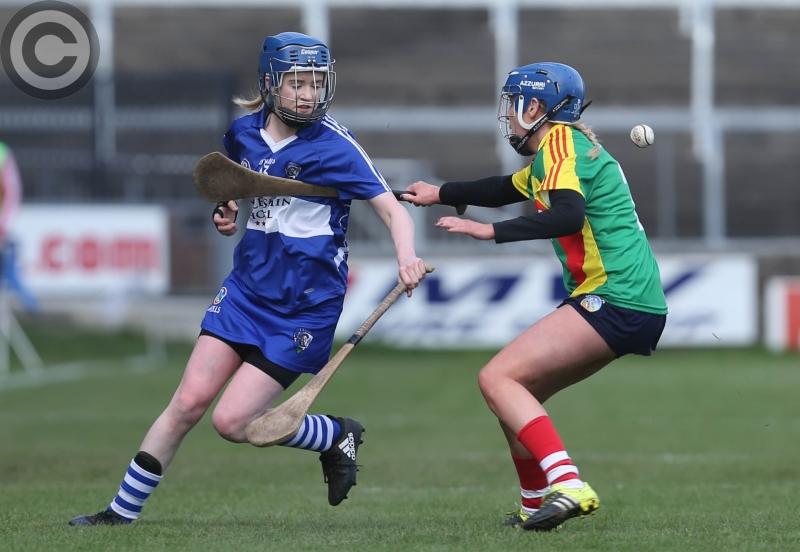 Two injury time points separated Laois and Carlow on Sunday afternoon in O’Moore Park, as the home side suffered an agonizing defeat.

The Laois girls started the match with a strong breeze and opened their account with a free from Sarah Ann Fitzgerald, after some hard work from Mary Keating. Scores were proving hard to come by from both sides. Carlow dominated a lot of the first half and Laois were finding it difficult to come to terms with the pace of the game.

Carlow added two pointed frees before half time from Eleanor Treacy to put them ahead going in at the break, 0-2 to 0-1.

The seconded half started much brighter for Laois as they were beginning to get out in front and create scoring chances. Aisling Burke began to dominate at centre back along with Niamh Coss at full back.

The Laois forwards began to find space and Mary Keating took a pass from Aisling O’Dea to add a superb point from play. Laois were working hard and creating scoring chances but some poor finishing would prove costly to them in the end.

Eleanor Treacy added another point from a free for Carlow to go 0-3 to 0-2 up. Laois did get back level with another pointed free from Sarah Ann Fitzgerald, but it was Carlow who took back control of the game with five minutes of play left.

In the end it was some poor shooting from the Laois forwards that proved to be difference. Carlow’s centre back Emma Brennan was very strong along with Eleanor Treacy at midfield. Next up for Laois is a home game against Down on Sunday.