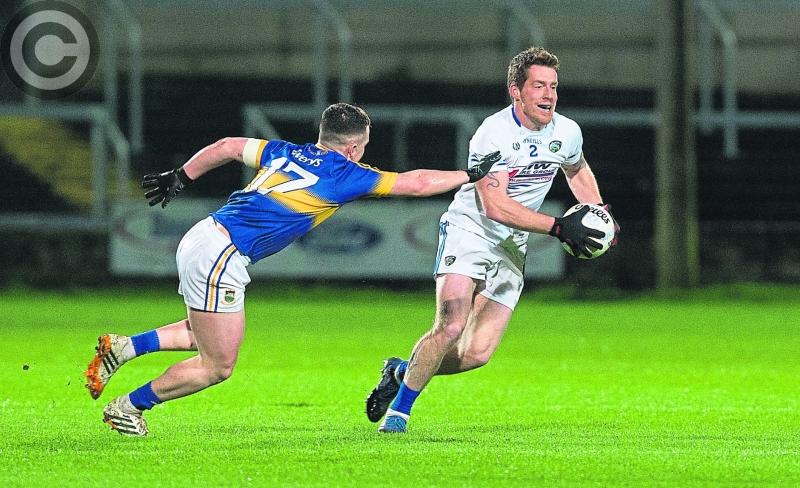 Hey, Mister Music, sure sounds good to me!

I can't refuse it: what to be got to be.

- Roots, Rock, Reggae by Bob Marley and The Wailers

I imagine it's a fairly safe bet this will be the only article on Laois GAA you read this year which opens with the lyrics of a Bob Marley song, so bear with me.

Last Sunday I was in the car on the way to Wexford, for what I thought would be something akin to a turkey shoot. I was genuinely worried for the fate of a nascent Laois senior hurling team, twice hammered in the last two games, and meeting a Wexford team on the crest of a wave.

It is usually when thoughts like this consume my mind that I return to an old questions; Why do young men all over the country subject themselves to the rigours of the intercounty game? The gym work, fitness work, analysis, diet, meetings and countless other responsibilities, when the rewards seem so distant.

As I crossed the bridge in Enniscorthy, the sun beating down and a cool breeze in the air, I resolved to enjoy the rest of the drive and stop thinking negatively. Music was the order of the day, so I turned to my iPhone, set it to random, and as I left the town the above song blared out of the stereo.

I'm as guilty as anyone for not really paying attention to the lyrics of songs, but they stuck in my head on this occasion, because they seemed to go some way to understanding the mindset of the young men I would watch take to the field.

Put simply, footballers and hurlers across Laois sign up to play because they can't refuse it. They sign up to play because they can. It is their chance to satisfy the competitive instinct inside which drove them to be better than most of their peers in the first place, and wants to keep going. They sign up so they be part of something bigger, represent their county, club and community, make their families proud, and create memories.

They do so knowing the rewards will be minimal, non-existent even to some of us on the outside looking in. They accept there may be some good days, some bad ones, and some really bad ones, but so be it. That's the price of admission when you want to test yourself at the highest level.

The ultimate goal for any intercounty footballer or hurler is provincial or All-Ireland success, but the vast majority know it won't happen, whether they admit it out loud or not. So they don't play for medals, they play for moments. They play for that moment which comes with the surge of emotion after a big, or even rare, win - the pride, elation, satisfaction and relief that mixes together and comes pouring out with three short blasts of a referee's whistle.

So that's why a bus load of young Laois hurlers went to Wexford Park last Sunday, the odds stacked high against them. Not because of what we all thought would happen, but because of what could.

Then, to prove the point, they almost pulled off the most unlikely victory of recent times. Racked with injury and loaded with inexperience, they came close to punishing the most in-form team in league hurling.

They didn't win, true enough, but those moments when it looked like they might will keep the hope of better days alive. It's like a cup of water halfway through a marathon; not enough to get you to the end, but enough to keep you in the race.

This weekend is a massive one for Laois teams, and while wins have been scarce in both codes this year, effort certainly has not. If you don't believe me, then allow me to share a story with you.

On Christmas morning last December, I enjoyed a walk around Emo Court with my wife and her family. As I left the grounds and headed for home, and an impending food coma, I noticed the silhouette of a man out running in the distance. As the car passed him, I realised who it was - Darren Strong. Out running. On Christmas morning.

The demands on intercounty players, and what they are willing to accept, are incredible, but the demands on supporters remain the same - just turn up and support the team. We have a pretty appalling record of that in recent years with Laois (and we're not alone there, it must be said), but support is needed this weekend more than ever.

Relegation from Division 3 was surely the furthest thing from Darren Strong's mind on Christmas morning, as it was for any Laois panel member as they toiled away over the winter. Relegation, however, is the unfortunate reality facing both the footballers and hurlers.

They have worked hard to avoid it, and it would be nice to see a good crowd in O'Moore Park on Saturday night and another one in O'Connor Park on Sunday.

They deserve that much at least.