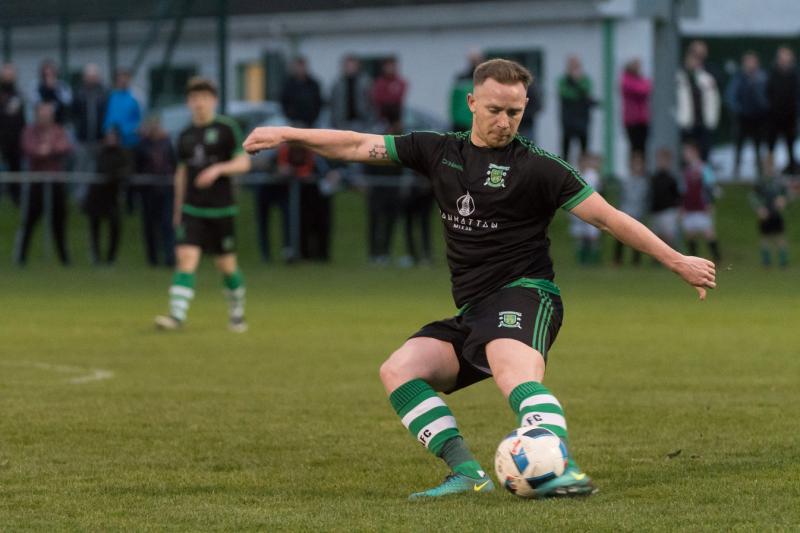 Fresh from his match-winning strike for Portlaoise AFC on Thursday night, Paul Cahillane is now the Downey's Auto Stop/Leinster Express Sports Star of the Month for April.

Cahillane was in imperious form throughout the month of April for Portlaoise AFC as they hunted down promotion from Leinster Senior League 1B.

In the crunch top-of-the-table clash with St James Gate, Cahillane turned in a Man of the Match display as he pulled the strings in midfield, scoring one en route to a 4-0 win.

A week later, he was central to a 4-1 win over Greenhills/Greenpark FC, as he scored two goals and set up two more. In Portlaoise's final game of the month, needing a win to confirm promotion, it was Cahillane's inch-perfect injury-time delivery from a corner which allowed Eoghan White to hit a late winner.

Cahillane saw off stiff competition after an incredible month on the sporting scene in Laois, as he topped the poll ahead of Molly O'Connor, Our Duke, Nicole Turner, Chloe Shortall, Ross King and Paddy Purcell.