LAOIS SHC 2017 - A sideways look at what will happen, what won't happen, and what we'd like to see happen! 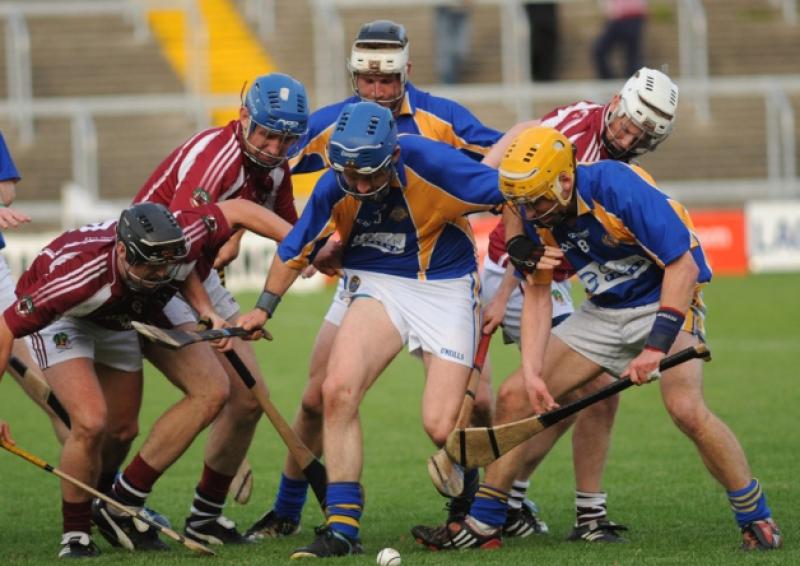 - Willie Hyland moving back into the forwards. We know he's played at centre-back for LIT in the past, but it still doesn't look right. It's like seeing a polar bear wandering around the desert. Move him back and let us all return to normal.

- The top of Cheddar Plunkett's head. He always has a hat on, so what does the top of his head look like? Is he bald under there, or maybe that's where he keeps his keys and wallet. Maybe we'll never know.

- Enda Rowland and Eoin Reilly having a proper stand up fist-fight during a game over who gets to take the long range frees. If there's one thing they both love more than hurling, it's pucking a sliotar into the next parish. And taking frees from inside their own half. Both are capable of taking them, but only one man can. Fist fight anyone?

- Abbeyleix claiming a scalp. They've been knocking on the door for a while, and are getting closer to taking down one of the big guns. It'd blow the championship wide open if it happened. Hopefully it doesn't all come down to a long range free.

- Pretty much a repeat of last year. Ideally, that's what we'd like to see. Last year's championship was outrageously good. More again, please.

THINGS WE DEFINITELY WILL SEE

- Brian Campion disregarding his personal safety. Every now and again, Brian reaches maximum velocity as he comes out to intercept a ball, and it can be a sight to behold. Sometimes that can result in bodily contact which may, or may not, be enough to wind the average bullock.

- Cahir Healy sprinting around like he's late for work and can't find his keys. The Portlaoise man is a glutton for work, and he loves chasing down lost causes, redeemable causes, and any other cause you care to think of on a hurling field. All done at full tilt too, impressively.

- Zane Keenan pointing a sideline cut no one else could. There are a few fine proponents of the sideline cut in Laois, but Ziggy tops the pile. Anything from the 65 yard line in and you can see him eyeing it up like a wolf who has caught sight of a limping deer.

- Gerry Kavanagh asking the Ballinakill subs to get off the pitch at half time. The old saying 'once bitten, twice shy' comes to mind here. We reckon they will be let puck around all the want this year.

- Arien Delaney sitting down. He likes to be active, does Arien, pacing up and down the line and shouting encouragement to his players.

- Another county final ending 2-26 apiece. That was a truly unique game, and if you were there, treasure the memory. You'll never see it happen again.

- Borris-Kilcotton retaining the title. Because no one retains the Laois SHC title, right? We've been waiting 14 years for it to happen!