LAOIS JHC - Ballypickas and Ballinakill win big in opening round 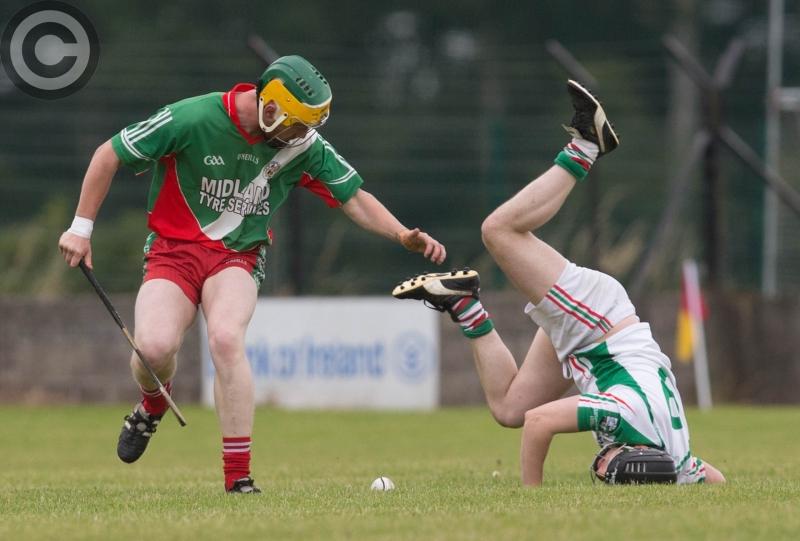 The Junior Championship got underway on Thursday evening as Rathdowney Errill and Borris-Kilcotton met in Durrow.

Borris-Kilcotton lead the game at half time by two points on a scoreline of 0-8 to 0-6. A sending off for David Higgins after 40 minutes of play due to an off-the-ball incident did not help Borris-Kilcotton but they still managed to pull through three points winners at the end of the game.

The second game in the Junior Championship took place on Friday evening. Due to some heavy spills throughout the day conditions for hurling were difficult in this clash. However, The Harps had just too much for Castletown despite a brave comeback in Shanahoe.

The Harps went in at half time with a strong lead, holding Castletown to just two points in the first half 1-9 to 0-2. Castletown came out much more determined in the second half and a Craig Finlay goal stirred a comeback. However, The Harps did enough in the end to secure victory by five points on a score of 1-12 to 1-7.

Ballypickas and Abbeyleix played off in the third game of the weekend in Colt on Sunday morning. Despite the humid weather, conditions were perfect for hurling. Ballypickas pulled off a comfortable win in this game even though only two points separated the sides at half time. A strong second half performance from Ballypickas meant that they secured an eight point win on a scoreline of 0-16 to 0-8.

The meeting between Ballinakill and Timahoe also took place on Sunday morning in Ratheniska. Ballinakill were much the superior side in this game and ran out comfortable 3-12 to 1-8 winners. Full forward Fergal O'Shaughnessy caused a lot of trouble for the Ballinakill defence as he finished with 2-2 to his name. Ballinakill lead the game at half time 2-6 to 0-7. Others to impress for Ballinakill were Mark Hamm and Cathal McGuire, who scored 0-3 each.