LAOIS IFC - Annanough, Portlaoise and Timahoe all tipped for success this weekend 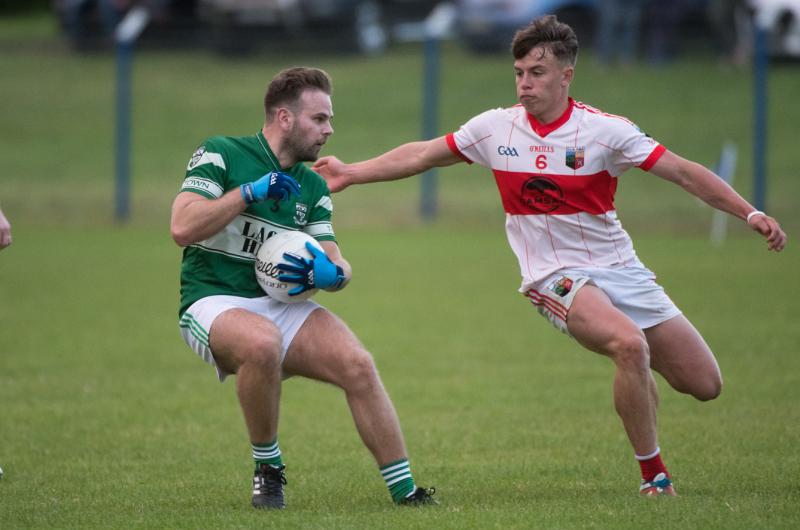 Colin Finn in action for Portlaoise.

This weekend sees the quarter-finals of the IFC take place, along with the relegation playoff on Friday night. Here is out look ahead to all three games.

It's probably no real suprise to see Barrowhouse here after everything that happened them this year, but Annanough will be disappointed, considering they were contesting the final of the IFC just a couple of years ago.

The toll of a small squad, ageing squad coupled with senior demands seems to be costing them so far, but they should still have enough to retain their status here.

If they can get the ball in Donal Miller's hands enough, then they should be able to grind out the victory. Barrowhouse improved a bit in their Round 2 performance, but they could still find themselves dropping down to the JFC after this game.

There's no doubting Courtwood will continue to get stronger in this competition in the years ahead, considering the young players they have coming through, but that might not be enough here. Timahoe are nowhere near the team they once were, but they have a few more match winners in their ranks than Courtwood do.

If they can get Damien O'Connor and Sean Ramsbottom back to full fitness, they will have a bit more balance to their team, and that should be enough to eke out the win here. It'll be close though.

Those players are undoubtedly a loss, but with the pool available to them, Portlaoise can absorb that loss and still prosper. With Craig Rogers pulling the strings they will be match for most teams, and in this instance, probably too strong for The Rock.

The win over Barrowhouse was a welcome boost for them, but this is a huge step up in class, and Portlaoise should be too strong here.