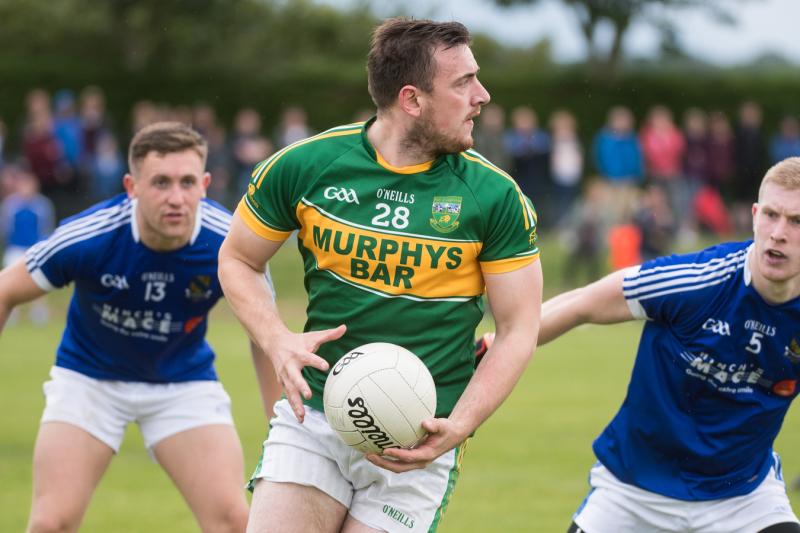 Gary Walsh is a key player for Ballylinan.

Ballylinan will enter this game as favourites, after some really impressive displaya thus far in the competition.

They comfortably dealt with both Mountmellick Gaels and St Joseph's, and they look well placed to add another victory here.

It's not going to be as one-sided as those games were though, because Killeshin have already proven how good they are. They have plenty of character in their side, and in their last two games, it was they who kicked the winning scores in injury time.

David Aston is in the best form of his club career for them, and is averaging almost seven points a game, and Ballylinan will have to be careful of conceding frees anywhere within 40 yards of goal.

By the same token, Killeshin have to be very disciplined in defence, because Ballylinan are at their best in attack. They have the strength and power of Gary Walsh and Cathail Dunne, as well as the pace of Andy McEvoy, which gives them plenty of options.

With the likes of Padraig McEvoy, Jamie Farrell, Alan Farrell and Cieran Farrell also in the mix around the middle third of the field, they have built a very solid, dynamic team over the last few years.

It's not that long ago they were fighting relegation, but now find themselves favourites to qualify for the semi-finals. If Killeshin can keep things close then they will certainly fancy their chances, because they have shown an ability to handle games like that, but Ballylinan will have too much firepower for them, and that should sway the game in their favour.